Today’s guest article was written by Stacey Thompson, a professional writer, marketer, entrepreneur, eclectic digital and tabletop gamer, and a lover of weird little animals. She has been out of the loop in regards to tabletop gaming since her old college group graduated, but she’s working on getting back into the hobby! She is based in San Diego, California. Thanks, Stacey!

I don’t really have any statistics to show you, but I’m almost sure that every gamemaster and gaming group (yes, even so-called pure swords-and-sorcery gaming monty haul campaigns) has encountered situations in which the topic of courtship, romance, or even (ick) love rears its curly-haired, childlike head.

You think that playing out a romantic encounter with your gaming buddy feels kinda awkward, right? 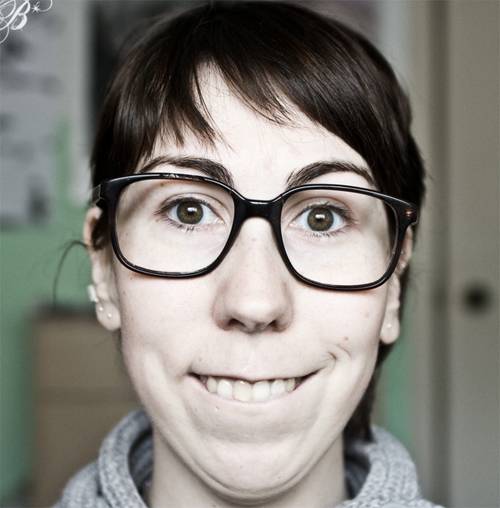 “The Wood Elven Lady Gwinnowith, with her delicate, sun-kissed features, absently toys with a lock of her golden hair, curiously gazing at you, her almond-shaped eyes limpid pools of emerald…” (Source: fotopedia.)

Apparently, this poses no problem to more roleplay-oriented GMs and players (some are even hardcore enough to LARP it, the thespian bastards). However, there isn’t exactly an extensive step-by-step guide for those who are a new to roleplaying, or those who are more inclined to headbutting goblins over courting damsels.

So, here are a few things I learned to make it just as fun (or even more so) as your regular treasure-seeking tromp through the dungeon.

For newbies, use “FMV sequences” in which you will just let the encounter go on autopilot and fade to black, giving a tasteful summary of what happened. Of course, you still have to let the player RP a bit, so as to establish just approach he/she plans to execute. Don’t hold back on the die rolls, as it will put the player at ease and remind him/her that he’s still playing a game.

If you and your players are as tense as fully-armored knights in a cave of rust monsters, things will certainly not go well. Do what you have to do to make the atmosphere as relaxed and as conducive to roleplaying. Play some appropriate ambient background sounds or music. Burn some incense. As for other chemical aids to relaxation, I’ll leave that to your judgment.

One of the biggest distractions that make romantic RP difficult are the things you see. I’m not saying your GM or players are not nice to look at (that’s your opinion), but in most cases, they won’t look anything like the character they portray. They might not even be the same gender.

The solution is actually rather simple: have participants close their eyes. Visualize the entire encounter with your mind’s eye, and do your best to emulate the proper voices for the characters. Drown out the present reality so you and your players can get into the moment.

It’s hard enough to roleplay a romantic encounter without the other players (or non-player spectators) jeering and causing more embarrassment to the participating players. Tell them to leave the room or stay quiet. It’s almost certain that players who love dishing out ridicule will themselves be inept when it comes to these things.

If All Else Fails, Write it Out

This is my favored method of resolving a heavily romantic encounter. Whip out a couple of laptops and have an instant messaging RP encounter or collaborate on one document file. Bring out drawn images of the characters participating in the encounter (or approximates) for added motivation. Another bonus of this method is that the encounter is automatically documented.

These are techniques I’ve found to work well — what do you do to make roleplaying romantic encounters go easier at the gaming table?

17 Responses to On Handling RP Romance