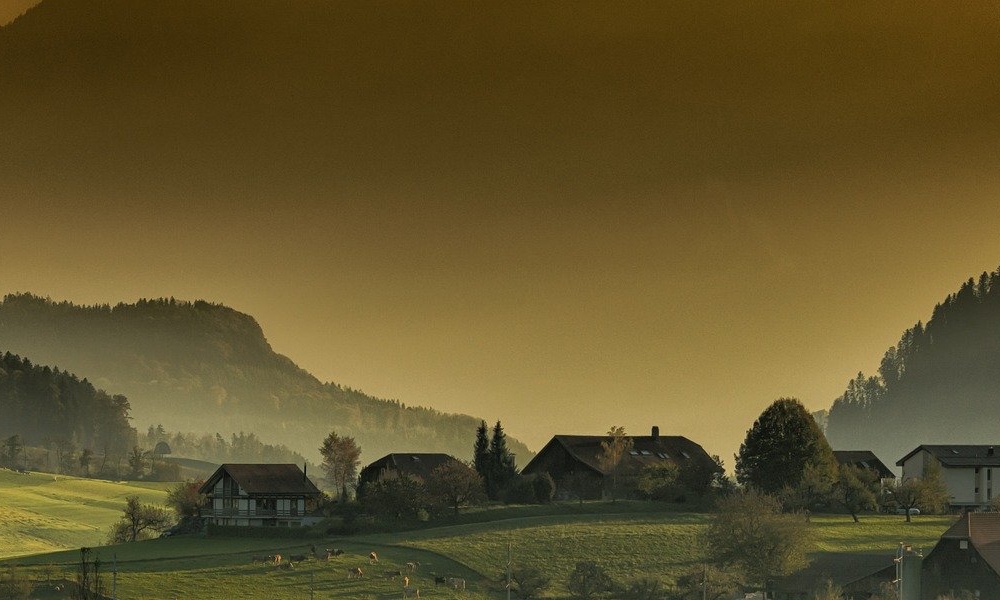 In the continuation of my “interesting” articles, I’m going to talk about rural locations today. Most folks conflate “rural” with “wilderness,” and this just isn’t the case. Yes, rural areas are on the verge of the wilderness, but it’s also “tamed wilderness” if you’ll accept that weird combination of terms. This includes cultivated lands like farmlands, ranchlands, orchards, and so on. People in these areas tend to live with the land, not off the land because they know the importance of sustainable living. If a field is repeatedly planted with the same crops year-over-year, then the crops will start to suddenly fail. This is where the science of crop rotation comes in. Sometimes, it’s even necessary to let a field go fallow for a while to let it naturally recover.

With all of this in mind, let’s talk about how to amp up the interesting aspects of these areas.

I live northeast of Colorado Springs in a rural area. We have unofficial names for everything out here. Maybe some of the names are official. I don’t know. I’ve never looked them up, to be honest, but they are descriptive enough that everyone out here knows the location of “Spruce Hill” or “Elk Creek.” Spruce Hill is, quite simply, a hill covered in spruce pines. We’re right at the edge of Black Forest, but far enough away that large clusters of trees are several miles away. Spruce Hill is an interesting location because it’s a large cluster of these spruce pines in the midst of what would otherwise be called rolling grasslands.

I also like the name “Elk Creek” because it implies that there used to be elk-a-plenty in the area. However, I rarely see an elk this far from the Rocky Mountains themselves. Perhaps it’s a hopeful name. I don’t know where the name originated, but if you were to drop this into your setting, the players would naturally assume an abundance of the creatures. The fact that they’re absent from the area could even be a plot hook for you to dangle in front of the players.

Another name that I want to bring up is from a location that’s a good distance southwest of Colorado Springs. It’s a cultivated orchard called, “Happy Apple Orchard.” If you’re in the area, I highly recommend it as a day trip with the family. However, what if the apples in the orchard weren’t so happy? What if the name was misleading? What if some tree spirits didn’t like the fact that their fruit was being harvested on a near daily basis by total strangers? What if the happiness in the area is so overwhelming that it could potentially incapacitate someone? What if happy slumber takes over and the trees somehow feed off those dreams? There’s so many ways to take this. Not all of them, of course, have to be as dark as the direction I took them. That’s just where my mind naturally goes.

In modern times, a milestone is a goal or a marker toward a final goal. It’s an abstract construct, but it comes from the description of a physical stone marker that marked off the miles along Roman roads. Where roads would meet, larger milestones would be erected with arrows, notations, and so on on them to assist travelers in getting to where they wanted to go.

Other stone plinths and other signs are also erected to mark important events in the past that occurred in a particular location. These are usually spread about rural and remote locations and can spark ideas for the players and GM alike to take upon a quest to right a wrong, seek some sort of treasure, or just to see what’s over that next hill.

Other stone plinths and other signs are also erected to mark important events in the past that occurred in a particular location.
Share27
Tweet11
Reddit1
Email

As an example, I’d spend most of my summer vacations with my grandparents in their RV trundling around Texas, New Mexico, Colorado, Oklahoma, and so on. In these states there are “historic markers” alongside the highway. We’d stop at all of them. All. Of. Them. Even if we’d stopped at it last year, my grandfather was going to pull over to stop at it again. It wasn’t until I grew up that I realized he was using it as an excuse to get out of the RV and stretch his legs. I enjoyed the stops because the brief capture of history on the brass plaques was always interesting to me.

I’ve talked a bit about farming and ranching. I’m pretty sure you pictured organized rows (or concentric circles with modern irrigation techniques) of plants with cattle grazing in the background. That’s fairly normal. I’m going to break that normal with the use of two words.

Yep. There you go. For those of us of a “certain age” those two words evoke a whole story of rebellion, empires, destroyed planets, and swords made of light.

What other kinds of “farmers” would there be on remote planets? I’m pretty sure the normal veggies and meat kind of farmers are still going to be around, but I’ll throw out that there might be “farmers” that have gadgets on their lands to collect wind power, solar power, rare gasses from the atmosphere, and perhaps even minerals from the land. Yes, they’d even have water condensers for that flavor of farming as well.

Outside the farming angle, what if a windstorm reveals an ancient artifact that a previous settlement had left behind? This is a pretty good trope to start an adventure with if you make the artifact and vanished species unique enough. With urban areas being so well developed, most of the artifacts have already been uncovered there (but this isn’t necessarily the case as modern building developers are still constantly finding evidence of ancient buildings when they dig things up.) This means the rural areas are ripe for discovery of these types of items. The lower population density simply means there are areas that have yet to be explored.

Magic changes the world in so many facets, and sometimes in a permanent manner. The site of a large magical battle could be off limits for normal folks (or folks that want to remain normal). This means a ring of rural villages could have sprouted up a century ago that are just beyond the limit of whatever magical taint remains after the calamity occurred. This magically enforced ruralness could lead to many an interesting tale at the tavern. These tales, in turn, can lead to adventure hooks for those folks that are brave (or stupid) enough to enter the forbidden magical wasteland in search of lost knowledge, loot, and other desires.

One thing I like to do in my fantasy rural areas is to drop a permanent magical effect on some of the villages. Perhaps the well never runs dry because of a blessing by a druid years ago. Perhaps there are magical streetlights that flicker on during darkness. Maybe the keystone over a bridge’s arch is engraved with protective runes. It’s little things that hint at larger events in the past that really get the players interested in the world at large.

Anyone live (past or present) in a rural area? In what way are those areas interesting?