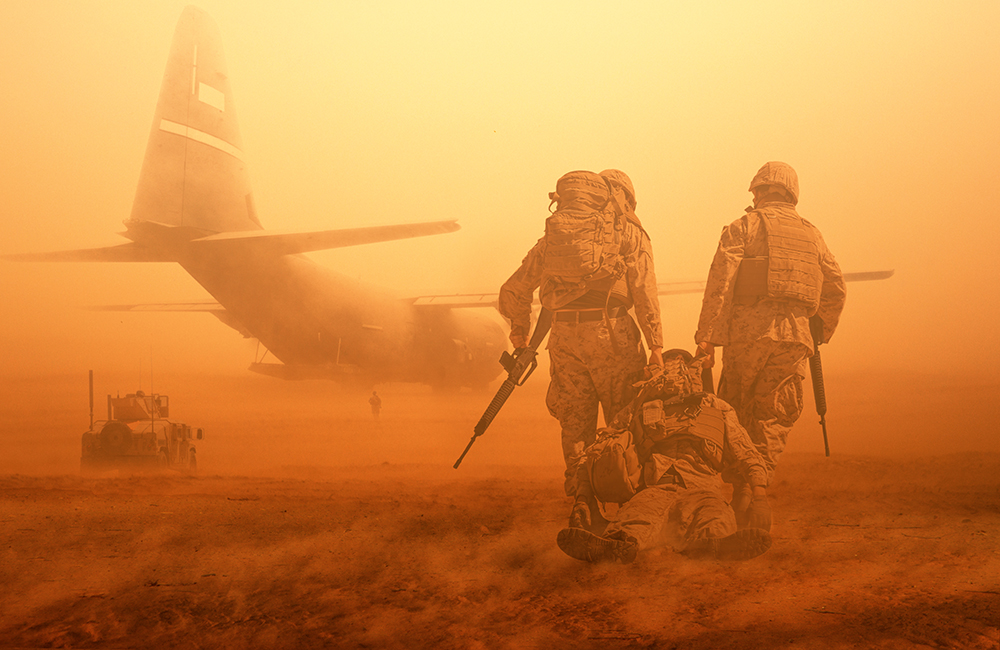 In my previous article, we touched a bit on how hit points in RPGs work and how they can affect the way we play as players. Different games manage them differently, varying on the style of play they attempt to recreate. Today, we’ll go a bit deeper and explore some other things, such as how this game mechanic changes the way we roleplay our character and behave in-game.

Nothing lasts forever, and an RPG character usually lasts even less than that. They are often confronted by mafia gang members with Tommy-guns, eldritch beings, supervillains and/or dragons! When you are constantly protecting something from danger, you grow a sense of attachment towards that thing, be it an object or an individual. In RPGs, it is hp that defines how well you are protecting your character, which you have become attached to from writing an entire backstory and playing 10+ sessions with.

If your character takes damage, you as a player will try to protect it in some way, just like you would take cover if you were being shot at. This creates a link between the character and the player. Both of them don’t want the character’s hp to be reduced, even though it might be for different reasons. In a way, the existence of hp immerses the player in their character even more because of this, which must be why hit points have existed since the beginning of games.

Take a look at horror games and you might start to notice that they either have very few hit points or have multiple ways in which your character can die. Hit points create this sort of empathy between the player and the character that I described above, in which if your character is about to die, you as a player will begin to panic, get scared, or be forced to think strategically to come out of that dangerous situation. Does this feel familiar? These are the same feelings you get when you as a person are in peril (ok… If you are going to die in real life your body reacts in many other ways as well, but you get the point).

Fear of losing our character or that one from a friend forces us to act in ways we wouldn’t normally act. Fear and concern take our mind and has us think out of the box. Does this mean that hp in some way makes us better at decision-making? That’s just the beginning! Lots of gaming concepts and mechanics revolve around hit points without us even noticing.

Justin in my previous article wrote in the comments about the “tick tick boom” and “death spiral” ways to handle hit points. These methods are heavily tied to what I’ve been talking about. Games of fantastic heroes that fight until the very end such as D&D use the “tick tick boom” method, one in which your character doesn’t have any consequence as it takes damage but inspires worry in the player until they take that last point of damage. That’s when the situation heavily changes and everyone has to react to the new complication that just appeared (e.g. a character just died or is about to die). This way of handling hp has the characters feel much more powerful, keeping going as if nothing happened even after receiving many hits.

On the other hand, we have death spirals. These are a closer take on how taking damage works in real life, but can be a bit frustrating. Nevertheless, most games that use this way of handling hp look exactly for that level of frustration as it is a core thing in the game. Some games might have you lose skills or gain some sort of disadvantage as you take damage, making survival more difficult and the need to recover hp crucial. By doing this, game designers project a feeling of urgency on the players. If they want their character to live, every single hit can be disastrous, forcing the player to think about their every step, thus giving a sense of paranoia. Therefore, death spirals are heavily tied to how hp can create a sense of fear in the player.

If you tie all those things I talked about together, you’ll come to the same result: hp affect the way we roleplay because they force us to make decisions that we wouldn’t otherwise make to protect our character. If we play a wizard with just a few hit points, we will instantly grasp that we should not fight upfront unless we want a swift death. What’s more, it would make sense to roleplay the wizard as a coward that attacks from afar, as it is there where you will usually have your character stand.

Imagine you are playing as a group of soldiers in the middle of the battlefield. One of the player characters goes down, and two others get heavily injured. Hp is represented by how the players describe their characters are handling the battle. If the group leader starts to notice that their friends have no chance to come out of this fight alive due to being low on hp, they may be forced to make a tactical retreat. This might not have happened in a game that uses the “tick tick boom” method or if players were better on hp. The abstraction of hp cleverly has us change our decision-making and act differently on the spot… Kinda like in real life.

There’s a reason why hit points have lasted this long in video games, but especially in roleplaying games. They will not disappear anytime soon, as they continue to heavily influence and inspire the way we roleplay and make decisions during play.

Is there something you think I missed? In which other ways do hit points affect the way we play, or what do they actually mean? Let me know in the comments below!

Did you miss my previous article on What Do Hit Points Actually Mean? If you enjoyed this article, there’s plenty more there for you to enjoy!