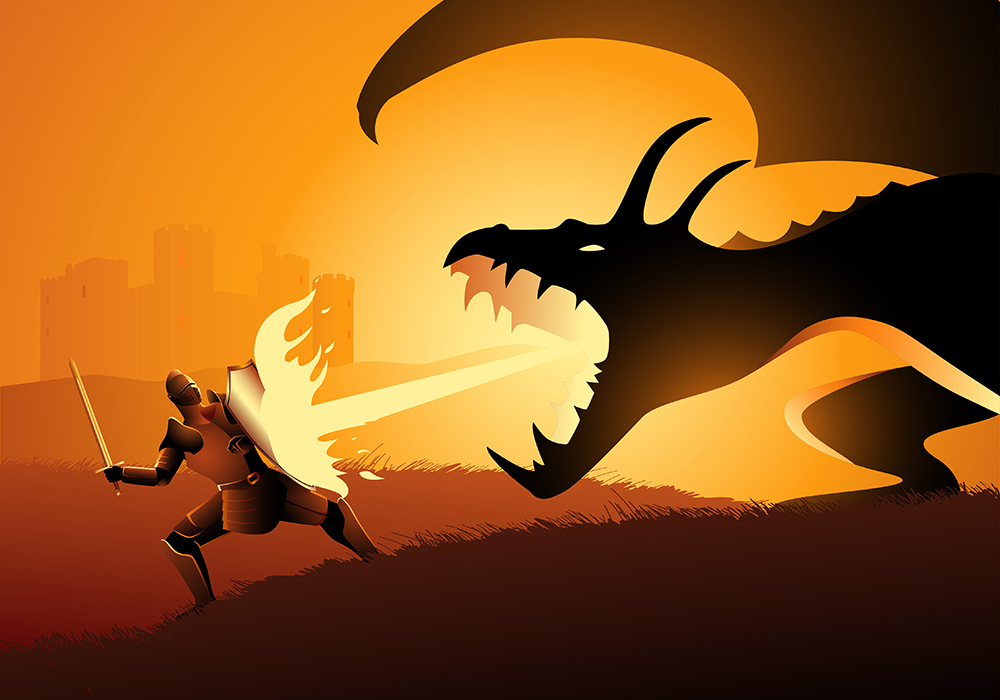 Do you have the hit points for this?

Let’s talk about game design for a change, which is something I really enjoy writing about. What is something most RPGs have in common? You have hit points or some resource that tracks whether you can or cannot keep playing. Does this mean that your character is dead once you run out of hit points? Not always, but that does seem to be something most RPGs that focus on combat agree on. Nevertheless, HP is not just a resource, but a whole lot more, impacting greatly the way we play an RPG. Let’s explore it a bit, shall we?

What does HP mean?

First and foremost, not all games call your life resource HP. Some would rather call it Exhaustion, Vitality, Conditions, or even life points. This tends to show the kind of game it is, as maybe a child-friendly game won’t have character death, and might have the kid characters just get tired after combat.

Here is what D&D says their HP system represents:

A creature’s current hit points (usually just called hit points) can be any number from the creature’s hit point maximum down to 0. This number changes frequently as a creature takes damage or receives healing.

Whenever a creature takes damage, that damage is subtracted from its hit points. The loss of hit points has no effect on a creature’s capabilities until the creature drops to 0 hit points.

Let’s compare it with the way the successful Kickstarter RPG Avatar Legends handles it:

A condition is an emotional state which leaves you uncomfortable and vulnerable. Every character has five conditions they can mark when something particularly stressful happens to them: Afraid, Angry, Foolish, Guilty, and Insecure. If you don’t have a condition marked, you might still feel that emotion, but it won’t last long, or it’s not intense enough to affect your actions. If a condition is marked, then it really worries you, the kind of thing you might feel upset about for days or even weeks.

If you’ve already marked all five conditions and you must mark another, you’re taken out. You become unconscious, injured, distraught, or trapped. Your actions can’t trigger moves or affect the scene anymore. You’re at the mercy of the other characters in the scene and might be disarmed, captured, or otherwise limited. It’s not until after the scene ends that you recover, after you’ve had some time off or your opposition frees you. When you recover, clear all marked fatigue, but keep all your conditions marked.

Notice how both games have entirely different ways of handling health. D&D gives more of a heroic fantasy vibe by having the loss of hit points not affect your character in any way until you drop unconscious. On the other hand, Avatar Legends is more of a story-focused game, in which combat is a possible inconvenience and not the primary focus of the game. Whereas dropping to 0hp might mean your character dies in D&D, you never get that feeling when playing Avatar Legends, and that is by design (but that doesn’t mean that falling unconscious isn’t a problem)

Taking Damage vs Skill vs Luck

When it comes to losing hit points in games such as D&D in which only the last one counts, does that mean that our character is just a sponge that absorbs damage until it can’t take it anymore? Why can a lvl7 human survive a dragon breath while a lvl1 instantly dies if it was to receive such an attack? Both are still made of flesh! That’s why when describing combat scenes I don’t always indicate that the PCs receive cuts or stabbings, but change it up a little by making use of luck and/or skill.

It was this tweet about the Uncharted videogame that really opened my eyes about how hit points worked in video games and RPGs:

That’s a mega-swing! Sidenote I learned on joining the team: Drake doesn’t ever take bullet damage. The red UI that shows ‘hits’ is to represent his ‘luck’ running out. Eventually enemies will get a clear shot and kill him if he takes enough near-misses. https://t.co/byzVKYXVe7

Nathan (the protagonist) only really takes damage once he runs out of luck. The change in the UI is just an indicator that sooner or later Nathan won’t be as lucky and will take a finishing shot. Even though it might be more cinematic to indicate that the orc’s blade slashes the PC’s torso, you can sometimes indicate to the player that their character was lucky and they avoided the blade by a hair, but their hp is reduced as their luck is running out. If it’s overcomplicated, just stay with your usual methods, but applying this luck system does seem interesting enough to apply to RPGs as well.

What about skill? The more levels your character gains the more skilled they are, right? That should mean something to your hp! And why shouldn’t it? Just like with luck, skill can make you avoid hits or minimize the damage, meaning that even though your character no matter the level can withstand 3 full hits, some hits may reduce hp, but not count as one of those full hits that would take them down. I hope I’m being clear enough. As an example, both boxers and martial artists have ways to mitigate damage by accompanying a punch. Getting the shield hit by a dragon paw, making it impact the cleric’s body can also mean it reduces their hp, but the damage is not considerable enough for them to count as one of those 3 hits I talked about before. Description is key so as to not make PCs seem like big meat bags.

The amount of HP your character has speaks greatly about the kind of game you are playing. Hit points, after all, are just another resource to keep track of. Some games divide what D&D oversimplifies as hit points into hit points and sanity, while others also add in things such as hunger. Ironsworn, for example, has you keep track of your hp and your resources, both to like and survive. In that game, you have a maximum of 5 hit points. This shows that even though Ironsworn can be a game about fighting big monsters, its primary focus is survival.

Call of Cthulhu has both hit points and sanity. The abstraction in hit points works a little bit different from Ironsworn because your character should be able to withstand a drunk guy’s punch or a cut from a cultist’s dagger, but if you take a look at how much damage an eldritch creature does you will understand the game is not made for you to directly confront them. What’s more, you have a big amount of sanity points, allowing the player to roleplay how their character slowly falls into insanity as the campaign progresses.

These are just a small portion of what hp does for your game. There’s still much to cover! If you enjoyed this analysis and would like a part 2, make sure to let me know in the comments below! I plan to follow up by talking about how hp can help players roleplay!

4 Responses to What do hit points actually mean? – Analysing Game Design in RPGs