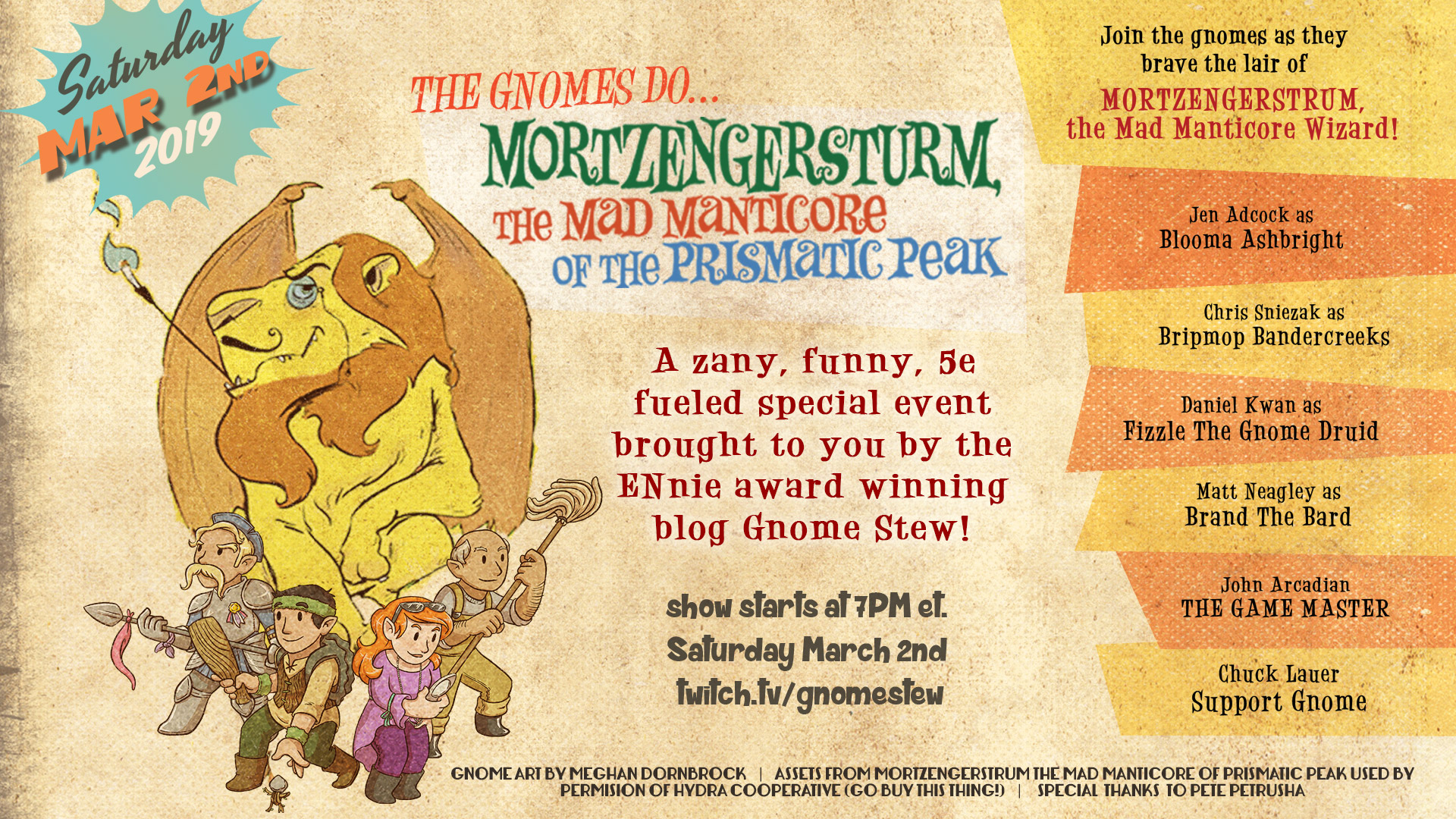 Hey Gnome Stew Fans! We’ve got some exciting news for you. Gnome Stew is making some introductory forays into Twitch streaming and video content. We’re starting with a one shot game called Mortzengersturm, the Mad Manticore of the Prismatic Peak! The game will run live on Saturday, March 2nd at 7pm eastern time and we will move it to our YouTube archive from there.

This will be a very serious, drama filled, examination of the human spirit… wait, no, it will be none of those things, it will not even contain any humans. Our first game is a Dungeons and Dragons 5th edition module by The Hydra Cooperative. It takes some inspiration from old 60s cartoons like The Pink Panther or old Rankin Bass claymation specials like Mad Monster Party. Four of the Gnomes ( Jen Adcock, Chris Sniezak, Daniel Kwan, and Matt Neagley) will be taking on the roles of 4 gnomish characters who are invited to a dinner party that will go horribly awry…  Chuck Lauer will be providing some support for the stream and John Arcadian will be running the game.

Want to get a taste of it? Check out the interview we did with the creator of Mortzengersturm, The Mad Manticore of the Prismatic Peaks.

So, come join us on twitch and chat with us during the stream. Follow along with Brand, Fizzle, Bripmop, and Blooma on their adventure and spread the word through Twitter, Twitch, Discord, Facebook, carrier pigeon, telegraph, turtle courier…. 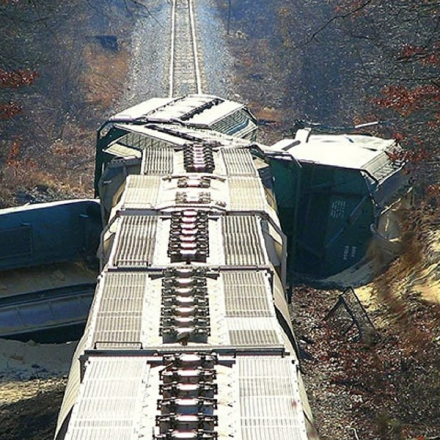 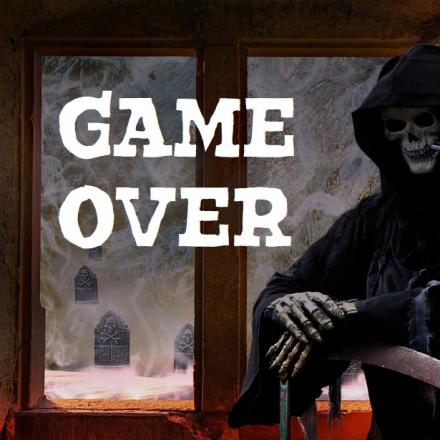