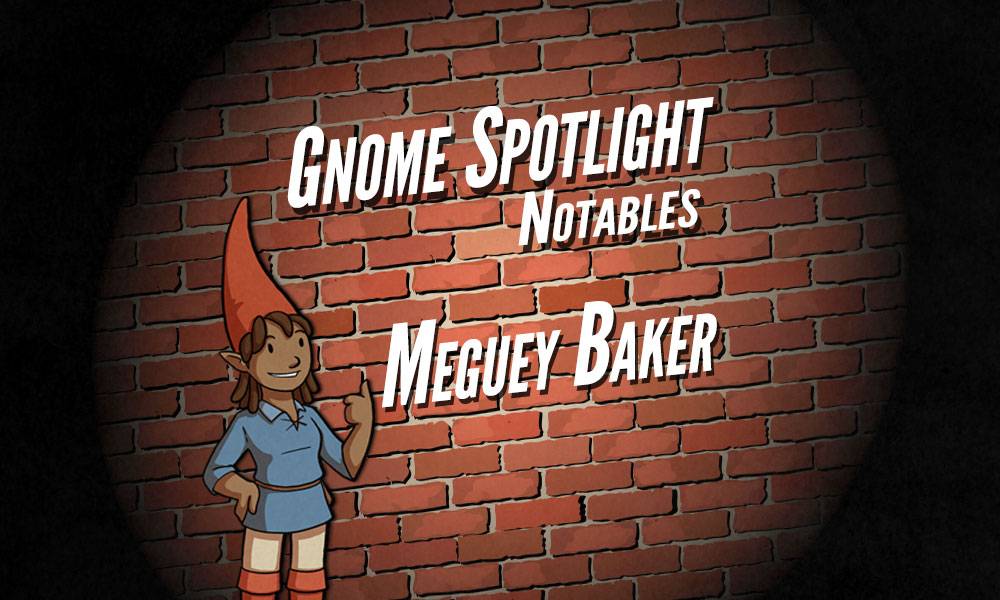 Welcome to the next installment of our Gnome Spotlight: Notables series. The notables series is a look at game developers in the gaming industry doing good work. The series will focus on game creators from underrepresented populations primarily, and each entry will be a short bio and interview. We’ve currently got a group of authors and guest authors interviewing game creators and hope to bring you many more entries in the series as it continues on. If you’ve got a suggestion for someone we should be doing a notables article on, send us a note at headgnome@gnomestew.com. — Head Gnome John 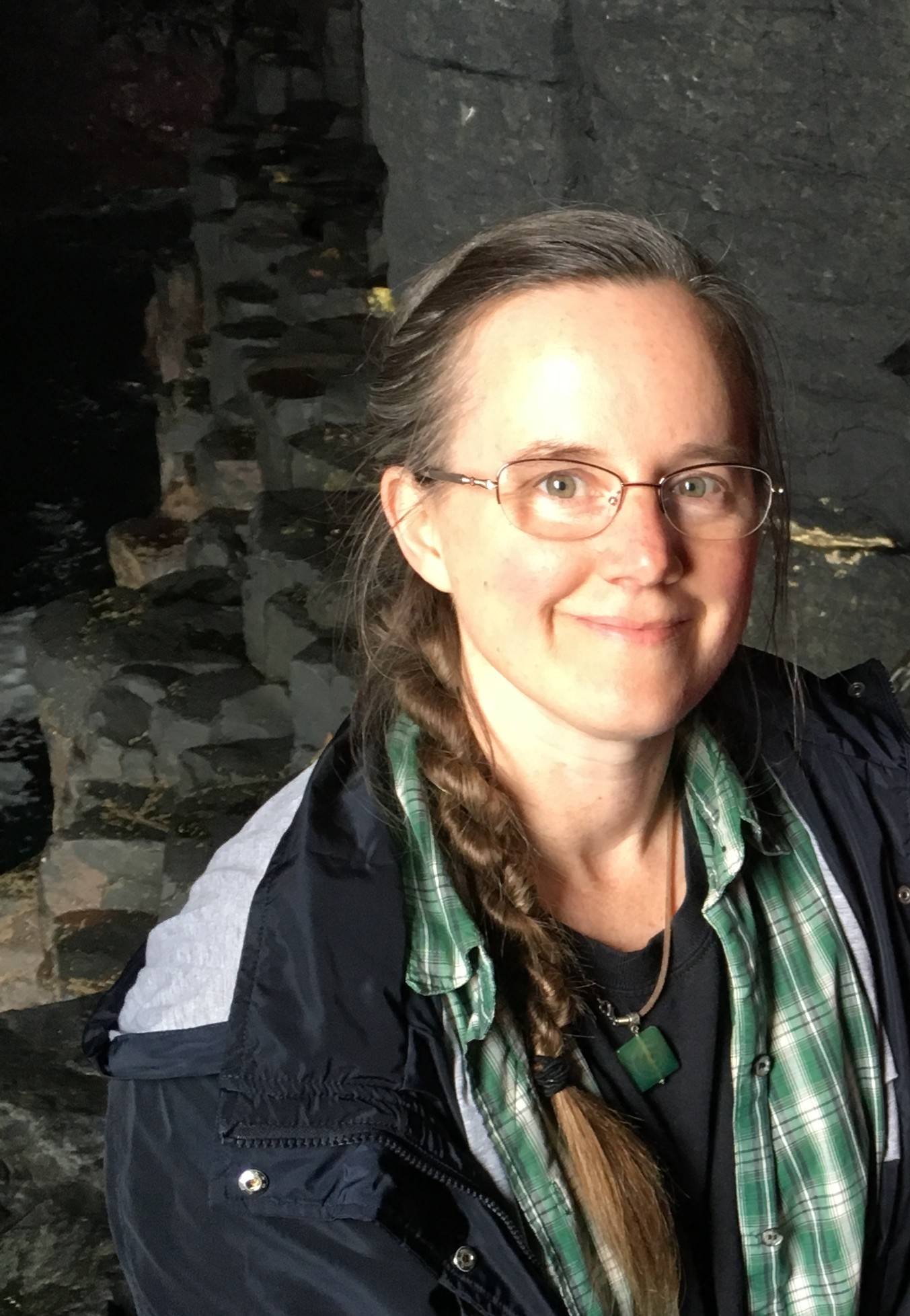 Meguey Baker is a quilter, roleplaying game designer, and independent publisher. Notably she has created Apocalypse World, A Thousand and One Nights, and Psi-Run.

I am a huge history fan and work in as many history museums as I can possibly fit in my life, maybe more. I love stories and storytelling, and find people endlessly fascinating. These two things combine to inform my game design. Flavor that with raising 3 kids, being a sex ed teacher, and living in New England, and it’s pretty much me. Also, rocks are the best thing after toast, which is the best thing. People are not things, so there’s that.

I am very proud of the work I did with the Girl Effect to help re-weave connections between girls in Ethiopia. Working with Jessica Hammer and Julia Ellingboe and Giuila Barbano and John StavropoulosÂ was just great, and I was able to put so much of my whole self into the work, combining dance and song, sex education work, and shaping and holding space for people to discover their own voices. I am also very pleased with the way that Apocalypse World has helped so many people find a framework to bring forward their own vision and share their designs. Outside of game design, I’m glad to have had the chance to do conservation work on some very challenging and historically valuable textiles, and to spend 12 years helping families navigate postpartum depression.

Throughout everything, the underlying principal to my work is to seek underrepresented voices and stories and find ways to amplify and share them. So in game design, I think a lot about things like accessibility to diverse players, play in different settings, play across generations and languages and other cultural division lines. The last big project I did before Apocalypse World 2nd ed was Playing Nature’s Year, which is a good example of this desire, to find new places and play games with new people. I also sometimes have a sharpness in the game that is unexpected; people have looked at 1001 Nights thinking it’s all fantastic magical stories, which is true, but it’s also potentially cut-throat small group politics.

2d6, add a stat. Ok, beyond being flippant, I like mechanics that are designed with that exact game in mind, that are not just Oh, I’ll use 2d6, add a stat, that’ll work” because sometimes it really won’t.

Search for the clearest way to facilitate the most compelling story, then do that. Be ready to kill my darlings, set things aside, and re-interpret my ideas until the game does what I want it to do.

6) How does gender fit into your games?

Everyone should be able to play my games and find themselves in them. If they can’t, I better be exceedingly intentionally clear about that and understand why I did that. That said, I default to a feminist viewpoint on the world, including gender issues, so that is reflected in my games.

7) Do your kids influence your game design?

Parenting is a big deal and an influential part of our design process, first as parents of young kids looking for ways to play in brief chunks of time that had to occasionally flex around kid needs, and now as the kids all become young adults and we are gaming with them and watching them in their own design process. They and their friends in the Baker House Band are now one of our primary test groups, and we have increasingly good design relationships with them as we take game design on as a family business. Later this summer, our son Elliot intends to Kickstart his game Tiny&Chrome, which is a mini Lego road war game and entirely his own design. That is super gratifying as a parent, and a rare treat as a designer to see someone’s development as a game designer so closely, from “pretend we are dinosaurs!” as a toddler through to young adulthood.

One of my other main areas of work is in small local history museums. The way that we tell and reinterpret the story of the past has always intrigued me, and roleplaying games are one way to revisit the same story from different angles and through different lenses: what if Jane Austin was a zombie hunter? What if the steam age ran on magic? What if we centered Native American narratives in looking at North American history? What would an original story of the Lawrence mill strikes look like? Could I play those people? Could I design games to support those stories? Uncovering the connections between one aspect of history and other aspects, like the change in local textile use after the arrival of the railroad, is such incredibly interesting design space for me. I’m working now on a major exhibit on the industrial history of our town, and I’m designing site-specific games to engage visitors with their local history. I’m excited to see what comes next.

8) How did you get into game design?

Star Wars came out and I wanted to play a Jedi, so I asked my DM if we could play D&D but in Star Wars. She said yes. I was 7. She was 10. Her brother was 9 and made us lightsabers out of paper towel tubes. Seriously. I don’t remember not writing and designing games and plays and stories. Once it was the 1990s and print shops and copiers existed, it was a matter of time, and then when the internet and .pdfs existed, it was a sure thing. I designed 1001 Nights in notebooks while strolling around town with my youngest baby, then typed it up and sent it out into the world.

I would somehow give access and time to queer folks, women, people of color, non-English speakers looking to connect with English speaking audiences, and folks with no regular time to sit at a computer and write or take part in on-line community. In practical terms, I want conventions to be cheaper and more accessible for more people. In magic wand terms, I want states and nations to value storytelling and connecting to other people enough to fund major NEA-type projects to get role playing games to every school and every library and every museum and community center and summer camp in the world. 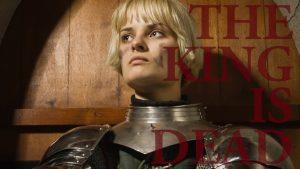 The King Is Dead just launched in Kickstarter, so that’s the current big focus. After that, there’s this suite of site-specific games I’m working on that’s pretty fun and has some applicability in the “magic wand” area I mentioned above.

11) Who/What games are some of your influences?

AD&D, first and foremost. Shadowrun and Cyberpunk and Ars Magica. Lots of school yard games and lots of old string games and puzzle games. I played games with my sister non-stop as a kid, so she’s a big influence, even though we haven’t played together in 30 years except in fleeting moments. We live nearby, but life is very full, and playing games with family is vulnerable and tricky sometimes. Emily Care Boss, of course, and Vincent Baker. Esther Clinton, who no-one knows about, but who is a folklorist and was crucial to my college experience of gaming. More recently, I found a lot of fruitful ground in Dialect, by Kathryn HymesÂ and Hakan Seyalioglu, Tree House Dreams by Gray Pawn Games and Alas for the Awful Sea! by Storybrewers Veronica and Haley, and Ben Dutter’s Perseverant.