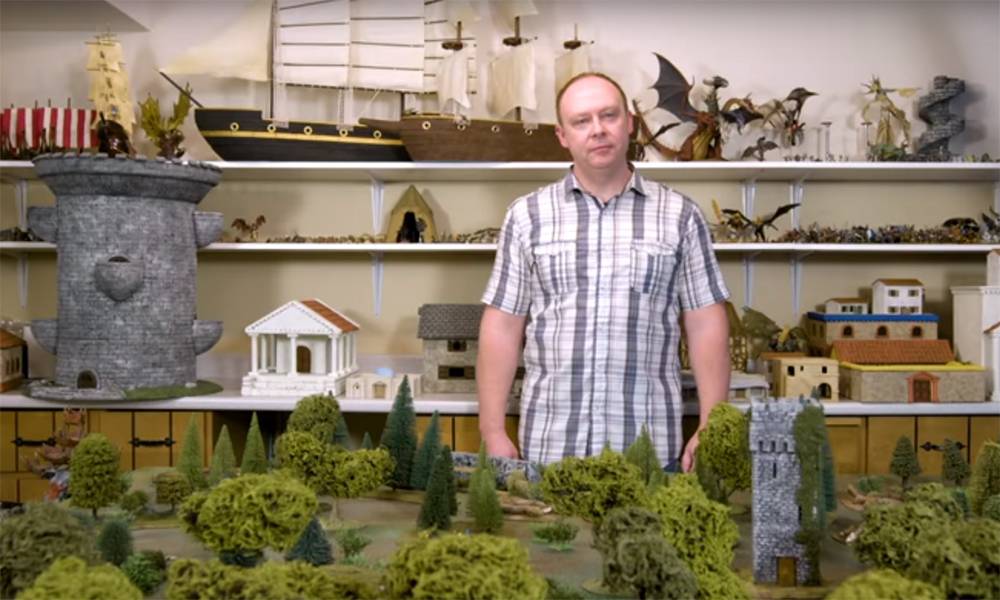 Screencap from the Video… I want those dragons…

This guy has been living the dream and has been running a campaign that is still going after 35 years! Check it out over here!

It sounds like many of his players drop in and out of the game as they can, but even if they play just once a year now, 35 years is an impressive run for a campaign. I had hoped they would talk about some of the twists and turns of the campaign over the years and if they’re playing the same characters, but they didn’t get into it. Still cool, though.