Getting from There to Here 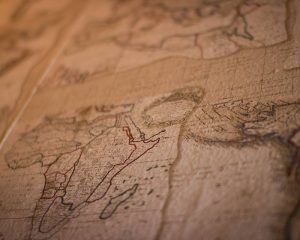 There and back again?

They say you shouldn’t focus on the destination as much as the journey, but sometimes you just really want to get where you’re going.

I’ve been running a Pathfinder game off and on for the last three years. It’s been my first foray into a long-running campaign as well as an epic fantasy game, and it’s actually been going pretty well though it’s taking a bit longer than I’d really expected it to. We usually play a couple Saturdays a month for a few months and then switch off GMs to play something else. Since I’ve been trying to achieve an epic fantasy feel to the campaign, we’ve had good stopping points for each time we decide to take a break. This last time, though, we stopped when they had recovered the artifact they’d been hunting for, but the entire party was still in the middle of a distant, inhospitable land.

We had spent so long getting to that point, I didn’t really want to spend any more time on getting them back home, but I also was really reluctant to just hand wave their journey back. The D&D I played in high school was all about the random encounters, so there’s a tiny part of me that feels sacrilegious for tossing playing the travel out the window. In addition, the journey to that point was a pretty wild one, so it seemed disrespectful to the wild, wonderful locales they’d already traveled through to say ‘nothing happens’ on the way home. I knew my players were on board with getting to the next part of the story just as much as I was, so I had to come up with something interesting but quick to get them home.

Initially, since we were taking the summer off, I was going to have the players each take a turn telling the group what happened on the way home. Unfortunately, with players that have families, jobs, new homes, and other such ‘adult’ responsibilities, this didn’t really get any farther than the idea stages. Real life always takes precedence, but I still wanted to try and come up with something that would let us start back at home base but still respect the fact that they were in a really remote location when we last played.

Eventually, the idea occurred to me, why not do the round-robin idea anyway, except do it face-to-face? Rather than running a regular session, I took our first night back and announced that we were going to take turns telling the story of how they got back from their last adventure. To give it a little bit of structure, I borrowed a friend’s copy of ‘Once Upon a Time’ and gave each player a handful of cards. The cards include words I hoped would inspire different things in the journey home. These included things like ghosts, chase, magic sword, hidden door, old woman, and so on.

Most players aren’t used to having complete narrative control in their hands, so my players weren’t sure what to do at first. It took a little bit of prodding (and reminding of where we’d left off), but once they began, most of them really got into it. Some of the more creative highlights of their journey home were:

Most of my players loved this and had a blast building on the stories each one started. Only one player seemed to have a little trouble with it, and I think this stemmed from a reluctance to give narrative control of his character to anyone else. Ultimately, this method got them back to their home base and allowed us to start the next session fresh and without making it feel like we left a huge blank in the middle of their story.

What methods have you used to try and minimize travel? Do you just use the Indiana Jones red line across a map, or does your group take travel on old-school and throw in all the random encounters along the way?

6 Responses to Getting from There to Here