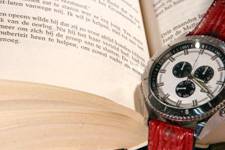 Learning from both sides of the screen is one of my maxims for GMs, and it was in the back of my mind throughout this year’s GenCon.

My group played in six events, and while we didn’t always agree on how they went, we tended to at least be in the same ballpark. By my count, we had three good games, two bad ones and one so-so one — all of which suggested some GMing tips specific to convention events.

I’ve never run a convention game, but I’ve played in a lot of them. In the 2006 TT post How to GM a Good Convention Game (from a Player’s POV), I identified nine general characteristics of a good con game — this time around, I’d like to do a quick case study of nine specific successes and failures.

Character sheets are freebies. When you GM a con game, let me keep my character sheet (which will go in my box of GenCon memorabilia). Even if you’re running the same game with the same PCs 10 times, we’re talking like $5 tops to print enough sheets for every player to keep theirs.

The D&D zombies game my group played this year was a perfect example: Our GM gave us sheets, backgrounds, notes about the other PCs and a character illustration…and didn’t let us keep any of it, which was a bummer.

(As an aside, in the “Signs Your Game Might be Boring” department, if you offer me my sheet and I don’t take it, I hated your game. I bet I’m not the only one who does this.)

Don’t run long. This year, our last game was a Dread event on Saturday from 8:00 PM to midnight. It ran almost an hour long, which made for a rough Sunday (yes, we’re getting old). It went over because we split the party and because the GM waited much too long to give us an incentive to get back together (see below for a tip about this).

This meant that every few minutes, one or two players stepped away from the table with the GM while the rest of us roleplayed, but couldn’t do anything mechanical, or just sat around. And consequently, we finished late.

Which was too bad, because the Dread system (a Jenga tower!), most of the other players and the scenario itself were all excellent. But because of the split-party thing, one of us sat around for nearly two hours at the end of the session, and got maybe 10 minutes of action during that period. Weak.

Run one to three robust encounters. My three favorite events this year were all essentially just expanded encounters — a great approach for a con game. They were simple and straightforward, we never got confused about what to do and all of the excitement, drama and complexity came directly from character interaction.

There’s a measure of personal preference in there, but that, in my opinion, is how 99% of convention games should be run. Interestingly, this kind of game structure sometimes gets derided as railroading — but at a convention, I want railroading on a structural level. I only have four hours, why waste even five minutes?

This is not a storytelling circle. Our very first event was a Call of Cthulhu scenario so boring that one of the players fell asleep. Our GM had clearly internalized one of the maxims of CoC one-shot GMing, “The event should end with most of the PCs dead or insane,” as, “You should put a ring in the party’s collective nose and lead them to your preordained conclusion.”

Encourage your players. Our three best GMs had lots of things in common, but this was one I’d never explicitly considered before: They all made us, their players, feel like we rocked.

When someone did something cool, the GM said so — and gave them a bonus, if it was appropriate. Bonus or no bonus, though, being told that you just did something awesome — and seeing that was excited about it — makes for a great play experience.

Do a quick rules rundown. Nearly all of our GMs did this, and while it won’t turn a bad event into a good one, it’s a simple way to make new players feel welcome and keep experienced (but rusty) players from stumbling.

Our Dread GM went so far as to give each of us a set of quickstart rules, which was awesome — although with a more mechanics-heavy system, this option might not be desirable.

90% prepped is 10% unprepared. There’s always going to be stuff you can’t prepare for, but if you bust out a battlemat, specialized props, well-designed character sheets and other goodies…and then present your players with minis that don’t match the game, it doesn’t look right.

I have no problem with minimalist games — if cost or time is a factor, no worries. But if you have the money and the time to nail down most of the little stuff, why not address all of it?

A little player input goes a long way. In one of my favorite events, we got to pick our character names, and in another of our best games we each developed two important aspects of our characters. (Note that we did not have to create entire characters, which is the death knell of any con game, with rare exceptions).

Those little bits of input into our characters made for a much richer experience overall — without throwing off any of the GM’s careful prep, niche preservation or any of the other issues that pregenerated characters avoid.

Have you run into these features — positive or negative — in con games you’ve played? As a convention GM, do you agree with my take on these nine issues?