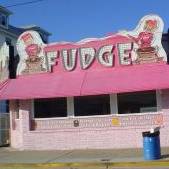 In my previous post, “Rolling Dice in the Open,” I looked at not being able to “fudge” (alter the results of) die rolls as both an advantage and a disadvantage of rolling your dice in the open. That aspect of the post generated a lot of passionate comments, so I decided to spin it off into a post of its own.

As a GM, do you fudge any of your die rolls? Should you be fudging them? When you play, how do you feel about your GM fudging rolls? Do you alter rolls when running some RPGs, but not others? In short, fudging die rolls: good, bad or something in between?

I’m very interested in hearing what TT readers think about this topic, so I’m going to turn this one over to you. Whether you’re a regular reader or a first-time visitor, I invite you to share your perspective in the comments!

As one possible framework for discussing this topic, here are 5 things that I see as playing heavily into deciding whether or not to ignore the dice:

You might also want to read the comments to my previous post, as the seeds of this discussion have been planted there — along with many interesting points I wouldn’t have thought of on my own!