Looking back at the first game you played, or GMed, can be illuminating, and as evergreen gaming questions go, “What was your first RPG?” is a good one.

But another equally interesting question tends to go unasked — so I’m going to ask it here: What was the first setting you ran a game in? And as a follow-up: How has that setting influenced your GMing since then?

The first setting you ever experienced as a gamer is also a good one to consider, but let’s keep our focus slightly narrower, and stick to the setting of the first game you GMed. I’ll start.

I got my start as both a gamer and a GM with Lords of Creation, which is a pretty nutso game. Created by Tom Moldvay, the author of my favorite version of D&D, it’s got time travel and crazy powers and awesome ’80s artwork. 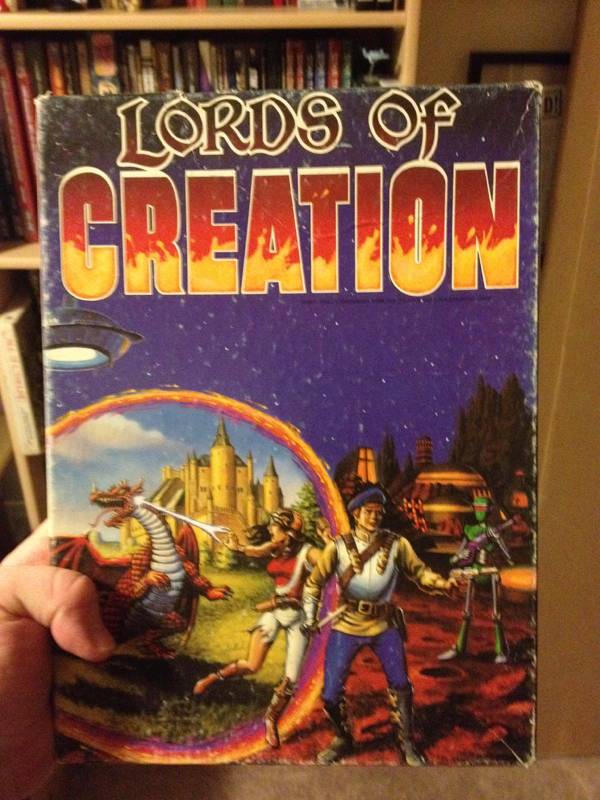 I picked it up at my local Barnes & Noble as a kid, back in New York City, because the box looked cool. I was 10; that was all I needed. When I got it home, I only read some of it — and I had no real idea what to do with it. But I knew I needed at least one other person, and it had equipment lists and somehow you played out stories with it, so I recruited a friend and we tried it out.

There’s some setting stuff in the back of the book, but I don’t think I made it that far — I just made shit up. I started modern, then veered into fantasy, then settled into a kind of sci-fi groove with more than a dash of fairy tale oddity to it.

Part of that came from the monsters, which were a bizarre mix from all genres and the strange corners of Tom Moldvay’s imagination. But a large part of it came from me. I didn’t know what I was doing, and neither did the succession of friends I “GMed” this game for. System took a back seat to imagination running wild.

And you know what? To this day — 25 years later — I’m still at my best as a GM when I’m channeling at least some of what made whackadoodling my way through Lords of Creation so much fun as a kid, particularly when it comes to making game settings my own and letting mechanics fade into the background.

Taladas (The Time of the Dragon)

Once I knew what I was doing, at least to a greater extent than “I have no fucking clue what I’m doing” (I.E. after I’d been introduced to D&D by a friend who knew how to play, and seen a real slice of actual gaming), I took my Christmas money down to the Compleat Strategist and looked for the set my friend had used — the Mentzer red box. 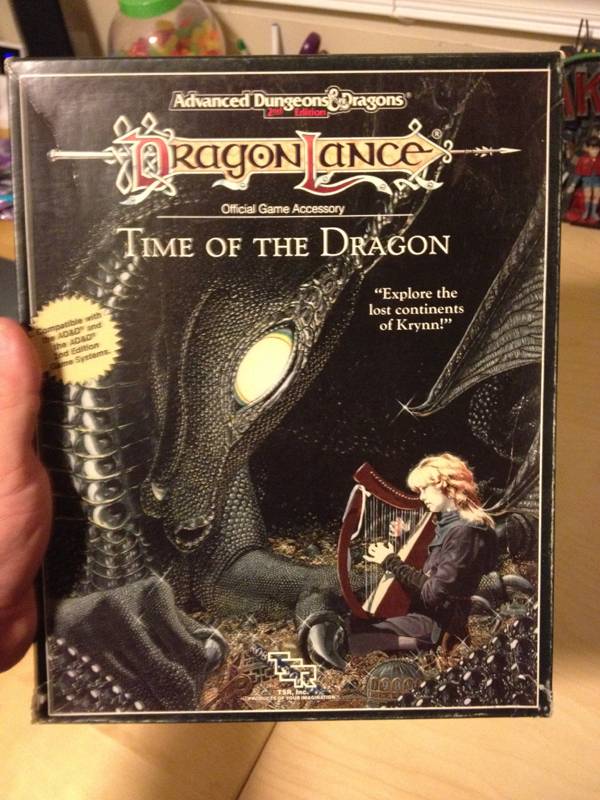 This being 1989, they didn’t have it in stock, but they did have the newly released AD&D 2nd Edition. Along with the core books, I picked up The Time of the Dragon. This is a criminally overlooked setting, and it’s well worth tracking down. (The entire product line for it amounts to two things: this boxed set and a sourcebook about minotaurs. Longtime readers will know how much I love this setting, and this boxed set in particular.)

Taladas — the continent on Krynn that this boxed set is all about — is a strange and wonderful mix of serious and unusual and unexpected:

There’s also some of the patented Dragonlance humor, although here it’s more understated. The tinker gnomes of Taladas make stuff that actually works, and mostly weapons, but at the same time gnomes flying hang gliders over a lava sea while dropping giant darts on people is hard to take too seriously. (Taladas is part of why I love gnomes.)

So that mix, the serious, the unusual, the unexpected, and the funny, is also a part of my GMing DNA. It’s evidently part of me as a person, since it popped up in Lords of Creation when I had no idea what I was doing, but it remained part of my style once I figured some things out and started running games seriously. And, again, I’m at my best with a mix like this informing the games I run decades later.

So that’s me and my first setting — the first-first and the for-real-first. How about you?

27 Responses to Forget Your First RPG — What Was Your First Setting as a GM?