Sometimes you need to remember to slow down and take a breath. Intermediate steps can provide a different sense of structured time. 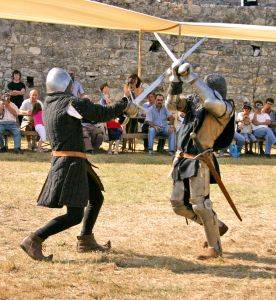 A scene is emphasized if it builds up and maintains dramatic focus. Unfortunately, exhortations to “play it out”, relying on the table to maintain dramatic narration and pacing, out often fall by the wayside. (How many of you have played in games where the rules recommend describing your actions in detail, but after a few sessions players report “I hit for seven damage”?) Similarly, scene resolution mechanics–or even task resolution mechanics that cover great scope–can fail to capture the ebb and flow of a complex scene.

When we first played Primetime Adventures, we had difficulty developing scenes in depth; scenes would build quickly to the conflict, which was almost invariably brief, leading to a rapid resolution. When we incorporated optional “chase mechanics” into our PTA game–just breaking scene resolution into three discrete flips with narration between each–we drilled down and developed more detail, narrated exciting reversals, and concentrated more attention on exciting conflicts. It also gave us more material to incorporate into the scene’s ultimate resolution, enriching what often had felt “tacked on”.

Some fights are epic; a good sword duel in a movie (whether it’s Inigo Montoya’s “I am not left handed” moment or Errol Flynn) can be inspiring, though the first image that comes to mind is the epic duel in Castle Amber’s library between Corwin and Eric (from Nine Princes in Amber). 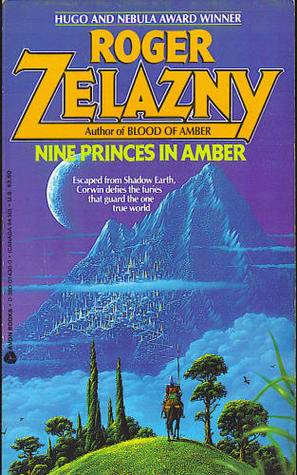 Viewed at one scale, there’s a lot of missing, many swings that don’t connect. Neither prince is near death at any point–a slight cut is the main wound inflicted over several pages. Despite that, the fight feels tense and deadly, with entrancing descriptions of swordplay–the resolution is not disappointing at all. But a similarly long scene at the table would be very disappointing if the end result of all those attacks, banter, and dice math was “6 damage”.

Particularly when you get away from fights, you often find that you’d like more development before final resolution. Climbing 200 feet of perilous cliff face feels wrong as single roll, but it can also feel like “test until you fail” or tedious if it’s just “you progress 30′, roll again”. I’ve done it poorly in my own games as “tell me how many rolls it takes you to accumulate 10 successes”.

If you instead construct the challenge as “5 tests”, and narrate progress and setbacks at each roll, you can concentrate on the overall effect, while providing interesting narration for each test. It feels more like a struggle than a single roll–you spent more time on it, giving it focus and making it interesting–without going on at length and turning it tedious.

Similarly, you could build-up scene length skill checks in FUDGE games by rolling a die at a time and narrating the progress/setback implied by each die result, before summing up and comparing totals after four rolls and incorporating the net effect of the roll as a whole into a concluding description.

While I was thinking about breaking actions down into components, I thought about my dissatisfaction with the time scales of D&D in all of the editions. Under first and second edition, one minute rounds could feel very empty: “what, I can only swing my sword once a minute?” or even worse, waiting for your turn and rolling poorly, having your minute of action dismissed in narration as a single clumsy stroke. [That was contrary to the rules text, but frequent in my play experience.]

Conversely, just how much is sensible to pack into 6 seconds? How many lethal blows could even a master swordswoman deal? At low levels, an effective attack per six seconds feels reasonable, but when you have 3 primary, 2 off hand, plus cleave attacks–just how much space can a sword cross so quickly? Not to bring up realism, but set up some mannequins and–even with them stock still–how many can you “kill” in 6 seconds? I like action sequences, and maybe that pace of attacks works well for martial arts strikes… but does it make sense for an axe? Recovery from the first blow’s momentum alone seems likely to take several seconds.

Applying the general principle of “break long actions into short, meaningful steps”, we might be able to square the circle and have one-minute rounds composed of meaningful six second steps. The round and its segments reunite!

Much like the d10,000,000, my solution involves dice. Lots of dice. Let me first assure you that I don’t have stock in Chessex, Gamescience, or Koplow. (If this solution gains traction, I may have to travel back in time to invest before this catches on.)

My main issue is that a minute represented with by one roll doesn’t prompt you to describe a minute of action. Conversely, six seconds involving 6+ people dying from axe blows is too crazy fast–it wrecks my suspension of disbelief**. So my solution is to return to 1 minute rounds, but use extra dice as prompts to remember to narrate what’s going on for the whole minute: not just the one slash, cut, or kick represented by the attack roll. (As multiple attacks stack up at higher levels, killing lots of people in a minute remains impressive but doesn’t seem flatly implausible.) Here’s the proposed process:

On the other hand, it would be insane for a DM to do roll ten dice apiece for a dozen goblins. (If you’ve ever GMed Aces and Eights, keeping track of several opponents’ precise actions [both movement and action] and keeping track of when they go off creates a similar overload.) Instead the GM rolls the effective dice (as you always have), but divide them up over the round. So five goblins might strike in segments 2,3,6,8 and 9. On a third hand, breaking up a big monster’s attacks into several segments offers a way to make every blow distinct, instead of blurring into a hurriedly recited “claw, (roll), hit 7 damage, claw, (roll), missed, now bite…”

This works better in the abstract than on a grid, if only because organizing movement and precise distances at each 6 second time period [so everyone’s in reach at the right moment] is tricky.

Bringing back segments lets players arrange their characters’ actions to set each other up, allowing for fluid sequences–delay and coordination becomes natural, instead of feeling like a sacrifice.

Spells return to taking “real time” to cast, instead of being a few seconds of effort. In fact, you could bring back casting time to specify the minimum number of segments that must elapse between spells. And narrating several dodges and staff parries during the spell’s casting makes a wizard sound more impressive–it fights the image that they’re static, getting beat on without response.

But Let’s not Get Too Technical

On the other hand, there are a lot of bad places that a mechanic like this could drag the system. Attacks spaced by weapon speed factors, making daggers flash faster than axes; or using the gray dice result (instead of 10+) as the AC factor (since you’ve rolled them anyway), or lots of other distractions could become appealing. They’re exciting design spaces–but going down those paths leads to games that deliver a very different experience than traditional D&D. This could even lead to a system like Champion’s old speed chart. [Shudder.]

Do you have tricks that build tension, investing complex tasks with a weight that seems appropriate? Even better, do your players consistently narrate complex tasks interestingly? How do you encourage that?

Or, if you’d rather wander down the dark tunnel: Do you like rounds as six seconds, a minute, or some other length for your D&D games? Have you always played with rounds of a specific length (like 6 seconds), or have you had to address the change in perspective before?

Please share your experiences, advice, and sufferings in comments!

** The aside: a realistic sense of time can be hard to keep in modern entertainment. For example, the cooking show Chopped contains a 20 minute round and two 30 minute rounds, with specific focus on (initially) 4 overlapping/simultaneous preparations. Half of the show is devoted to the judge’s critiques (not included in the 80 minutes above), all in a show that airs in an hour time slot minus four commercial breaks.***
*** For a more genre appropriate example: look at bullet time. How much like our experience at the table is the concept of slowing down and stretching out actions in tense fights? It seems less ridiculous for characters to study foes and deliver blows precisely, despite combat’s chaos, when the camera slows down to give us the same chance to study where the blows should go. But after several movies incorporating bullet time, I’m ready for filmmakers to move on to their next trick.

23 Responses to Pacing, Rounds, and Segments