Fauxnts are one of my favorite player-frustraters. I love to type up a hint-filled note or journal, convert it to a difficult-to-read font, and print it out on ‘weathered’ paper. Then I go and have a cigar take a break while the players argue over the translation and meaning of it all.

The key to fauxnts is that they aren’t illegible or a ciphertext, but aren’t very clear, either. Done right, the players will argue over the spelling and meanings, but won’t have to actually decipher the letters. Throw in some High Gygaxian, a little ‘creative’ spelling, and a complete lack of punctuation, and who needs stat blocks for an evening’s entertainment? 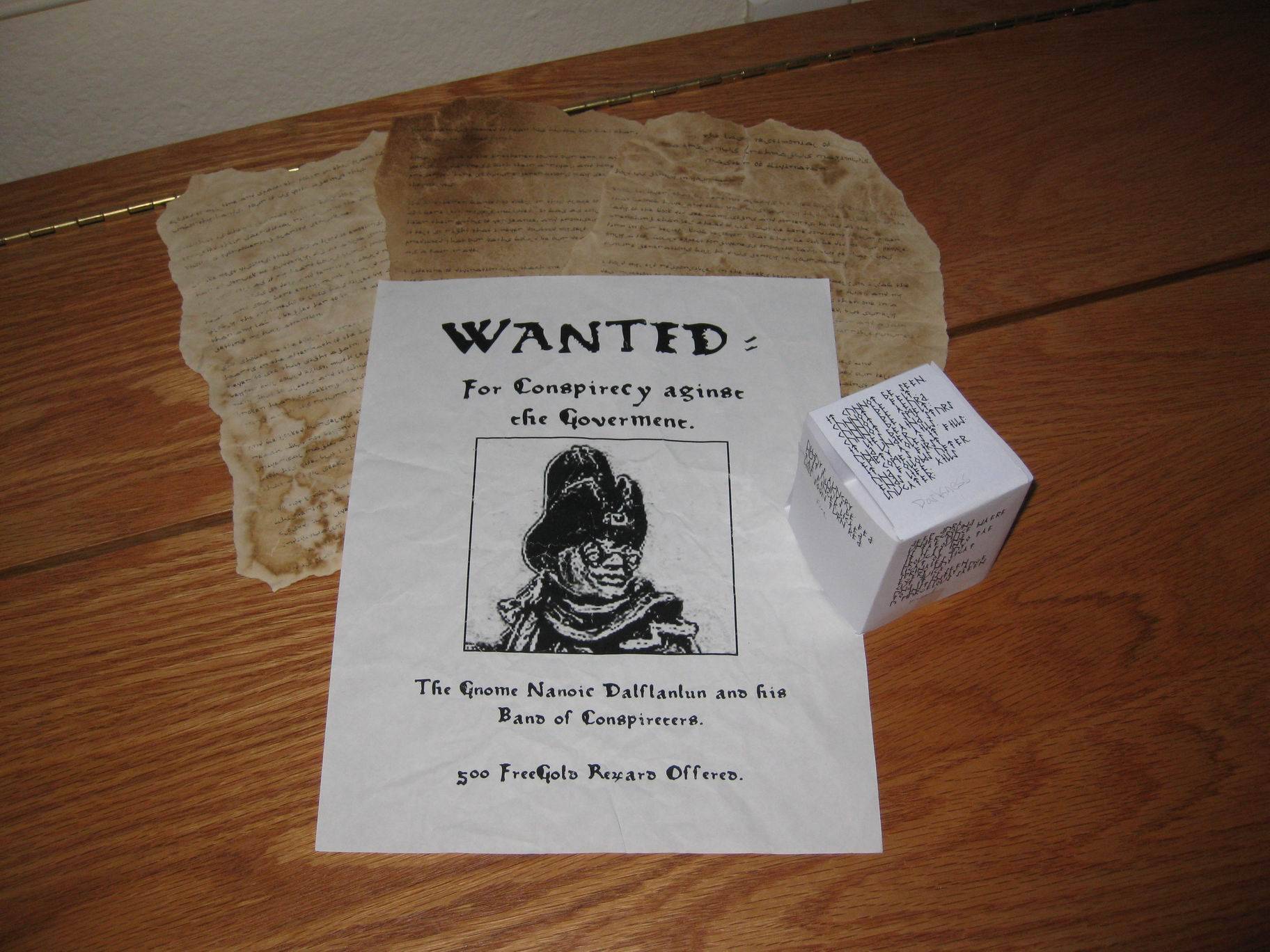 The three weathered sheets in the background were printed in Pseudo Saudi (available here), on high-cotton paper, soaked in instant coffee and dried in a warm oven. The title reads “The Last Testimonial of Magralinus Archmagus Maximus, Master of Divination”, and was a royal pain in the ass for my players.

The ‘cube’ is a three-way frustratron: translation, riddles, and spatial puzzle. At least it should have been; my party of geniuses figured it out in minutes. *sigh* It was printed in Common Tongue (originally by David Bale of DASH Software, now available at a Google near you), my preferred Dwarven fauxnt.

The “Wanted” poster was intentionally misspelled, printed in AutoREALM Mentelin (a font included with the free AutoREALM mapping program). The pic is of a player’s mini, heavily photoshopped to look like a woodcut; he said his heart skipped a beat when he saw it. It’s not really a fauxnt, but it is an example of how the proper fonts can add to the props in a game.

Do you have any preferred fonts or techniques to add immersion and difficulty to your game? Sound off in the comments and let us know!