Eating an Apple with Your Nose: Aligning Out-of-Game Expectations with In-Game Reality

If you’ve ever played or run just about any edition of D&D, but especially 3.x or 4e, imagine this scenario:

Your party of 1st-level PCs all start the game with +5 weapons and 9th-level spells (or for 4e, 20th-level powers).

In the context of the average D&D game, those characters are essentially gods. Sure, they’re fragile, inexperienced gods, but boy are they going to be able to make up for those deficiencies in short order.

For most D&D campaigns, this would present a problem — likely a game-breaking one, at that. If everyone knew going in that the game was going to be structured this way, then it could instead be an opportunity — but it would remain a challenge for the GM.

It’d be a challenge because D&D fundamentally requires a sort of mechanical balancing act on the GM’s part. It’s hard to know exactly how tough an encounter will be for the PCs, and as a GM I regularly over- or undershot that mark. (As a player, I saw my GMs doing the same thing — and ditto for published adventures.) That’s not a bad thing, nor a good thing; it’s D&D. If you like it, great; if not, play something else.

But when combined with the default campaign arc — wherein the PCs go from zeroes to heroes, both mechanically and in terms of their impact on the game world — starting them out with godlike uber-l33t powers would cause problems on both fronts: mechanical and fictive.

Now consider Star Trek, where by default the PCs start out in command of a starship:

Your party of zero-advancement (Decipher Trek’s level equivalent) PCs all start the game with access to a vessel capable of stunning a city block’s worth of enemies from orbit, and they’re armed with weapons that can vaporize any opponent on a successful hit.

In Star Trek, that’s not a problem. Why not? Because the expectations, both mechanically and from a game fiction standpoint, are very different.

Are the PCs going to navigate their starship back to Earth and start stunning cities because it sounds like fun? Almost certainly not, because “that wouldn’t feel like Star Trek.” Similarly, while the PCs may not have amazing ranks in their skills (IE, not be mechanically all that developed as characters), they have godlike powers by way of their technology — and again it’s not a problem, because Star Trek isn’t about those powers, it’s about character development, moral choices, and human drama.

These two examples illustrate why it’s so important to ensure that your entire group — you and your playuers — have aligned their expectations about the nature of the game and the game world with the reality of the game itself.

If you’re introducing the Star Trek RPG to a group that’s only or primarily played D&D, it’s worth embarking on some expectation-setting up front. You should also be on hand to adjust expectations during character creation, and should carefully craft your first couple of episodes to emphasize what kind of game Trek is, and how that’s different than D&D.

The opposite would also be true: Players primarily familiar with the Star Trek RPG would be just as thrown off by D&D’s assumptions about character power level, tactical play, and (stereotypical) campaign focus.

Or, to put it another way that it’s been put many times before: Know your audience.

When you don’t know your audience, as would be the case running a game for a group of strangers at a convention, you have to rely on shortcuts. Use NPCs to help set expectations, and resort to out-of-character discussion about how things work (while avoiding dictating to your players, which no one enjoys) only if one player’s fun starts reducing everyone else’s fun.

In that situation, you’d also want to craft a scenario that emphasizes what makes Star Trek Star Trek, or D&D D&D — based on what you know and love about the game (which may not be what everyone else knows and loves) — in such a way as to organically communicate the way the game world works and the things that the game itself emphasizes in mechanical terms.

Trying to Eat an Apple with Your Nose 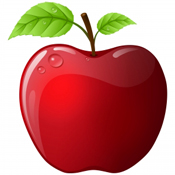 Most of the time, trying to run D&D with Star Trek’s opening setup, or Star Trek with D&D’s opening setup, will be akin to attempting to eat an apple using your nose. Your nose isn’t designed for that, and it won’t be much fun.

Games are crazy malleable too a point, though. Just because D&D isn’t set up to start out like Star Trek usually is doesn’t mean that you can’t give it a whirl — you can, and if it sounds like fun for all concerned, you should.

RPGs are designed to different things, though — that’s why there are so many of them. Some RPGs, like GURPS or Savage Worlds, try to provide a framework for running many genres and styles of games using one system, while others, like Mage: The Awakening or Little Fears, try to deliver a play experience that’s more focused on a specific style of game.

In my experience, though, there are biases inherent in every RPG that make each one better at some things than others. Using the right RPG to run the kind of game you and your players are looking for is a key ingredient in any successful campaign.

There’s no one true way to run any game, there’s only your group’s way. But starting out trying to run the kind of game that the game itself encourages is like trying to eat an apple with your mouth: It tends to work out better than using your nose instead.

5 Responses to Eating an Apple with Your Nose: Aligning Out-of-Game Expectations with In-Game Reality