DÃ©jÃ  Vu and You 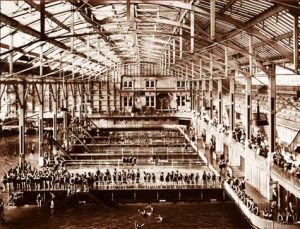 I used the Sutro Baths as the setting for one ‘go back in time’ scenario. The other version was a generic 1920’s amusement park, which was way too similar.

A couple weekends ago, I volunteered to run a spur of the moment game for some friends. I had Doctor Who: Adventures in Time and Space on hand along with the cast of PCs I had created for conventions and one-shots, so it was easy enough to hand them out and jump right into the game. Being spur of the moment, I didn’t have anything prepped, but I came up with an idea I thought would work. The PCs set about investigating a mystery, got zapped back in time, discovered an alien menace, solved the mystery by blowing up the alien spaceship, and were able to make it home.

When we were wrapping up, one of my players said, “That was fun, but I’m pretty sure I played through that scenario before.”

I know the scenario I had run for him before was different, but once he said that I realized that I had fallen back on familiar ideas and put him through a very similar scenario. Back then, the characters set about investigating a mystery, got zapped back in time, discovered an alien menace, solved the mystery by blowing up the alien artifact, and were able to make it home. There were absolutely differences in the specifics of the games, but the core concepts were the same, so it felt very much like dÃ©jÃ  vu to the player.

Every GM that has run for any length of time ends up developing a toolbox of ideas they can fall back on when they need to improvise. Whether it’s running a game completely on the fly or adjusting mid-stream when the players go left instead of right, one of our most crucial skills is being able to improvise. When put in a tight spot, it’s easiest to go to concepts that are comfortable and familiar to us.

The worst part about me committing this mistake is that I’ve been on the other side. One of my GM friends runs fantastic games off the cuff with little planning, but after you’ve played with him a few times, you start getting that nagging sense of dÃ©jÃ  vu. With slight adjustments, he uses similar situations, settings and plots to keep the game moving. Newer players to his games tend to rave about how awesome the game was, but older players start drifting away because they’ve been there and done that. No matter how much they enjoyed it the first time, by the time they’ve played through the same concepts three or four times, it’s gotten old.

More preparation and time thinking about the game before running it can help alleviate this problem, but sometimes we don’t have that luxury. What’s a GM to do?

Know Your Fallback Ideas: Know yourself as a GM enough to recognize when you’re resorting to a well-worn and comfortable idea and you’re already on the path to improving your game. Like a well-worn pair of shoes, that easy and comfortable idea might get the job done, but you’re not presenting yourself at your best. If a little introspection isn’t enough to recognize your standard tropes, talk to one or two of your trusted players and see what they feel might have worn out its welcome.

Actively Avoid the Familiar: Let’s say you recognize that you have a penchant for putting your players in the sewers. Right there you know you’ve got something you can actively avoid. Instead of sending them down into the sewers, find a reason to send them up into a shiny and pristine high rise. If all your off the cuff NPCs tend to be arrogant and upper crust, make sure the next time you improvise, your unplanned NPCs are easy-going and down-to-earth. Whatever your standards may be, do the opposite or at least something drastically different. It might not be comfortable, but it’ll definitely be different.

Expand your Toolbox: Nothing says you can’t add more tools to your toolbox. Unlike the one that holds your screwdrivers, there’s endless room inside the toolbox in your brain. If you’ve recognized the standards of your repertoire, you’ve got a good idea of the gaps and holes you could fill with some additional standards. Another GM friend recently told me how he spent several days wandering through TV Tropes and how it inspired him to try and introduce some new ideas into his games. They may not come easily at first, but once you start changing things up, your skill at improvisation will improve. 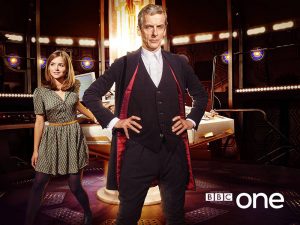 DÃ©jÃ  Vu can work in a time travel game, but this wasn’t how I wanted. (Digging the new Doctor, BTW.)

All of my players had a good time, but I still know I could have done a better job. At the very least, I need to stop sending my Doctor Who players back to the 1920’s. Hmm. Maybe I should send them back to the future the next time…

So do you find yourself falling back on any standard concepts that are starting to feel a little tired?

9 Responses to DÃ©jÃ  Vu and You