Defining Importance, Making Sure The Things You Want To Be Remembered About Your Game Are 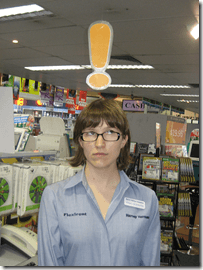 As Game Masters we are in control of a lot of elements at the table. Not only are we responsible for adjudicating the rules and mechanics of the game we are playing, we also are primarily responsible for crafting the story, playing the parts of the NPCs, engaging the players through their characters, and making a memorable play experience. At any one point in a game there are multiple things going on, and a lot of important details can get lost in the shuffle of the game. So how do you make sure that the things you want the players to pick up on get picked up on? You know the kinds of things I’m talking about: the clues that lead the characters to solve the mystery, the fact that the BBEG has a weakness to fire based on the runes on the dungeon wall, or the deep subplots that drive the political intrigue game.

You define their importance within the game.

This is a task much easier said than done, especially since problem solving in roleplaying games can be as wide open as the players’ imaginations. Here are a few tips that can help you define importance for elements you want the players to remember.

What all these tips boil down to is one simple rule: Present the things you want to be remembered in a way that makes them stand out from the rest of the events going on. This simple truth is why book titles are bigger than authors names, why typography is such an important art in advertising, and why there are long dramatic pauses inside of important speeches in movies. These, and a million other tricks, are all about making one element stand out from the background so that it, and the message behind it, is remembered by the audience.

So what do you do in your games to define important in elements you want remembered?

5 Responses to Defining Importance, Making Sure The Things You Want To Be Remembered About Your Game Are