Dear Me, Don’t Let Them Keep You Out 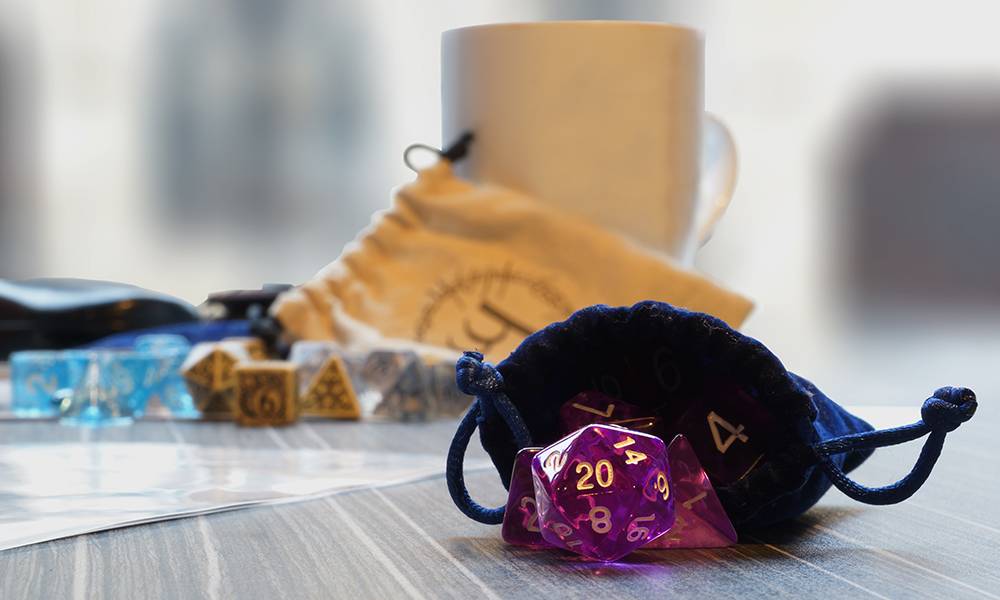 Dice, coffee and a good game. I’d prefer the coffee cosplaying as a milkshake, though. (I’m talking about a frappucino)

This week at the Stew, some of us were inspired by a series of disparate recent events to send some love and sentiments out to young gamers, especially those who are marginalized. We wrote these letters to our younger selves, because in you, we see ourselves, and we hope that we can give you the words of encouragement we needed to hear. You are welcome in this space.

(Though, when you get this, it’ll still be the full-on Angela because Mom’s influence is strong, so you’re still correcting people. She’ll be irritated when you start telling people to call you Ang, but she’ll eventually get over it. Just as long as they don’t try and call you Angie. You’ll never be an Angie.)

If I can get this time machine letter sending thing working, I’ll make sure you get this before the start of your Senior year of high school. First week of school, Julie’s going to bring a new kid to your table at lunch. He’s cute and weird and he’s going to change your world. Get your mind out of the gutter. Don’t forget I am you so I remember what you’re thinking! Ok yeah, you’re totally going to have a major crush on this kid, but the most important thing Tom is going to bring to your life is D&D and all the other roleplaying games that leads to. Nothing is going to be the same after that fateful, sunny and warm September Saturday when you sit down and play a borrowed Halfling thief that (kinda) survives a TPK.

He’ll tell you that your first character has to be a human and you’ll be so desperate to fit in that you’ll go along with it. Eventually he’ll prove himself to be a homophobic ass and he’ll stop coming around, but it’s still going to take a while before you feel it’s okay to play an elf.
Share36
Tweet19
Reddit1
Email

This is a good thing, and don’t ever think otherwise. You’re going to always be grateful he enthusiastically pulled you into this hobby, but I also want you to be prepared for the people who don’t think you belong. Right away, on that first game day, you’re going to meet Tom’s friend whose name we’ve totally forgotten so many years later. It’s okay, don’t try and remember it. It’s not worth it. What you will remember is how, when he caught you looking at the elves in the Player’s Handbook, he informed you that only he was allowed to play elves, since no one else could play elves correctly. He’ll tell you that your first character has to be a human and you’ll be so desperate to fit in that you’ll go along with it. Eventually he’ll prove himself to be a homophobic ass and he’ll stop coming around, but it’s still going to take a while before you feel it’s okay to play an elf.

Don’t worry that you think he’s a jerk-face even though he was Tom’s friend. You were right. Unfortunately, he’s not the last gatekeeper you’ll meet on your gaming adventures over the years.

Gatekeepers are the people who try and tell you what you can and can’t do, who try and dictate who can participate in ‘their’ space. In nerd spaces, this has been problematic for women, but it also affects other marginalized groups, like gamers of color or queer gamers. From the leering and crude behavior that kept many women out of certain gaming shops to the aggressive misogyny and racism of GamerGate, over the years, many men invested themselves in the idea that women do not belong in the gamer community. The cries of ‘Fake Geek Girl’ became strident in recent years, but the sentiment has been around since the founding of the hobby.

In early ’88, you’re going to go to your first gaming convention with Tom. You’ll sign up for the D&D Tournament because that’s what the two of you decide to do. When you show up for the first round, though, the GM will inform you that his game requires ‘tactical thinking’ and there won’t be any room for hand-holding, obviously implying that you, as a girl, couldn’t possibly keep up with the real gamers. You get very good at ignoring people like that, so you stay and play anyway. When the Tournament is all said and done, you get third place over-all. So yeah, screw that GM.

I wanted to think that gamers like that had gone the way of the dodo, but very recently Mysty Vander at Aspiring Halfling published an article entitled “Honey, Let the Real Gamers Play”, proving that they may be a dying breed, but these wannabe gatekeepers are still out there. You’ll forget how many defenses you built up over the years to keep playing these games you love. This is why we avoid D&D, Pathfinder, and organized play at cons. While there are plenty of welcoming folks trying to draw new players in, there are also the territorial folks that treat other people like that GM and other players treated Mysty.

Not all gatekeepers are that obnoxiously obvious, either. Some gatekeeping happens from people who don’t even realize they’re doing it. The guys you game with in college are decent guys, but even they don’t really talk mechanics with you, or assume you don’t want to play certain ‘manly’ games. They never quite believe that you’re as good at Masters of Orion II as you were until you show them one of your Impossible plays. One of the biggest problems is that, in all the nudging they do to one another to run games, they never include you. They never EVER suggest that you should take a turn running a game. It’s so insidious, you actually believe there’s no way you could ever possibly be a GM. Even with the number of really bad GMs you’ll play with over the years, you never once consider that you could do a better job. This is why, despite being the most passionately invested person regarding roleplaying games among most of your friends, it takes fifteen years and finding a new group to game with before you attempt running a game and discover that you’re actually pretty good at it.

The thing most gatekeepers don’t get, though, is that we’ve always been here. No matter how dude-centric the founding of D&D was, women have always been interested in these games. Despite what they may think, nerd passions do not know gender, color or sexual orientation boundaries. The women who gamed in the 70’s and 80’s had to absolutely want to be there and they put up with a crap ton of bullshit. Even with the obstacles in place, they were still there making games, running games, and being an integral part of this hobby. And the best part is, as you come up through the angsty World of Darkness 90’s and into the explosion of d20 in the 00’s, more and more women embrace their inner gamer and let their nerd flag fly. We’ve always been here and we’re not going anywhere.

It’s going to be a long road, lil’ Ang, but you’re going to learn to never let anyone tell you where you belong. There are far more welcoming and inclusive gamers out there than there are gatekeepers, no matter how loud those jerks are being. Find your tribe. You’re a gamer, you’re a game master, and no one is ever going to be able to tell you otherwise.

2 Responses to Dear Me, Don’t Let Them Keep You Out