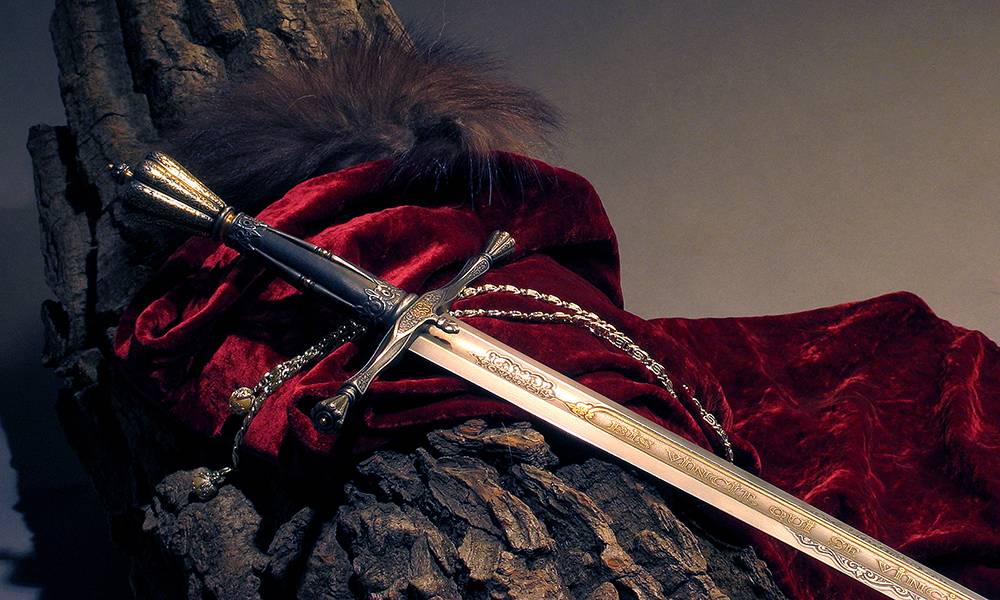 If your players get their hands on a +4 Sword of Ogre Slaying, give them some Ogres to slay.

In writing, there is a dramatic principle referred to as Chekhov’s Gun. This states that every element in a story should be necessary and anything irrelevant to the story being told should be removed. Basically, if you set up a loaded rifle being put on the stage in the first act, that gun better go off sometime in the second act. Your setups need payoffs.

Keeping this principle in mind can help make a story tight and cohesive, keeping your audience focused on the themes and messages of the plot. While binging on video essays on YouTube, I recently came across Lindsay Ellis channel. One of her videos talks specifically about the way Mad Max: Fury Road deftly uses setups and payoffs throughout. As with most things in my life, I began thinking about how to apply these concepts to running RPGs.

Now, it’s important to state up front that writing a story is drastically different from running a roleplaying game. Even if some writing is done collaboratively, there is still room to edit and refine before the final product is presented to an audience. In RPGs, our collaborators ARE the audience and there is no way to go back and edit things we decide we’d rather not use. If you try and use unmodified writing techniques to run a roleplaying game, you’re going to end up frustrating yourself and your players, and most likely be accused of railroading.

But that doesn’t mean we can’t pick the techniques apart and find what works for use in RPGs. Chekhov’s Gun makes an important point about following through on the elements introduced in a story, and this can be just as valuable in an RPG as it is in solo writing. A good GM knows how to bring things full circle in a game, giving their players the satisfaction of a good game and story.

Plant Seeds but Don’t Get Too Clever

When sitting down to plan a game, it is tempting to craft clever setups that will shock your players when they figure it all out in the end. Unfortunately, putting too many intricate and subtle details into prep usually leaves the GM disappointed as players remain oblivious and miss them. Even fantastic players miss subtle details through the course of a game, and that’s before the added complication of remembering details between game sessions. If you need to explain your cleverness to your players after the fact, that detail didn’t work. Keep your setups simple, something you can implement with broad strokes that can be echoed in later sessions.

One good example I’ve experienced, is a friend’s D&D 5E city based campaign. Much of his initial prep for the campaign made use of Pelgrane Press’ Conspyramid from Night’s Black Agents. Even just a simple outline of the connected threats in the city has allowed him to plant seeds that have come full circle and succeeded in making us players feel accomplished at beating the bad guys and shocked at how deep the trouble goes throughout the city streets.

Any special sword better end up in a PC’s hands.

Pay Attention to What Your Players Are Interested In

Keep an eye on what your players are focusing on. Plenty of GMs have lamented on how the players ignored their big plot hooks to spend time on things they considered inconsequential. In most cases, that should be telling you that your big hooks aren’t as compelling as you thought they were. Don’t just ham-fistedly push your players towards the main plot and ignore the supposedly inconsequential things they are actually excited about. Take the things they’re latching onto and run with them. When possible, just use those unexpected things they latch onto to tie back into the bigger plot you were trying to get them entangled with in the first place.

During the first campaign I ever ran, my players often pushed me into pure improvisation as they went way, way off the material I had prepped. During one session, while they were exploring the flying pirate ship they had unexpectedly stolen from a super villain, I made an offhand remark about a little black book among the belongings of the telepathic monkey first mate that had gotten away. It wasn’t meant to go anywhere or do anything, but the players loved the idea and decided to call some of the numbers in the book. From this was born the monkey’s girlfriend, Lisa Terrance, a high society debutante NPC that became one of their favorite sources of information.

Keep Track of What You Set Up

This one may be more of a reminder for myself than advice for anyone else, but keeping good notes on what you’ve put into play and need to follow up on is a good practice to help keep a game’s story cohesive and helps reinforce a cinematic feel for your players. For me, these notes don’t need to be extensive. Usually just a bullet point or two is enough to help remind me which elements I need to follow up on. In addition, never hesitate to ask your players to recap the game. It can be enlightening to see the things they’re focused on compared to what’s in your notes.

During my Eberron campaign, after a short hiatus of a few weeks, I asked my players for a recap of what they remembered. They all brought up, in excited detail, a fight they’d had with some cultists that I had completely forgotten about. I had mostly used the cultists as throw away bad guys to fit in a combat encounter, but I realized their presence meant more to the players than it had to me, so I made a note to follow through on that plot element to make it even more satisfying and relevant for them.

Even When Abandoning Something, Give it an Ending

When you inevitably come face to face with something that isn’t working, figure out how to end it with some sort of resolution as quickly as possible to get it out of the way. Not everything you bring to the table is going to go perfectly. Sometimes the players just aren’t interested and sometimes you’re just not feeling it as the GM. It can be tempting to just move on and pretend the struggling plot line never existed, but to maintain a cohesive world for your players, it’s better to do some editing on the fly and give that truncated element a clear resolution or ending. If you don’t, even if they didn’t like that story line much, it will feel like it’s just hanging out there, unsatisfyingly unfinished.

During my character’s introduction into a friend’s ongoing campaign, he had her have a run in with an NPC that was strongly hinted at being a serial killer stalking people similar to her and the other PCs. This was something both me and my PC thought was cool, so I tried following it up during several different sessions, but it quickly became apparent that the GM wasn’t interested in following up on that thread. I think he had simply intended the NPC to be a threat to my character that would drive her towards the other PCs. He obviously never expected me to care about that plot thread and was confused when I kept trying to investigate it. While I had fun with the rest of that campaign, I’m still a little disappointed that introductory element just fizzled and went nowhere.

Whether you’re running a heavily narrative-based indie game or a more traditional mechanics driven game, an understanding of how to set up and pay off different plot elements can help enhance a game. It may be impossible to pay off every set up we throw out there in an RPG, but follow up on the ones your players latch onto and you’ll give them a game they’ll remember.