Bride of Gamenstein: Three More Systems to Graft onto Your Game 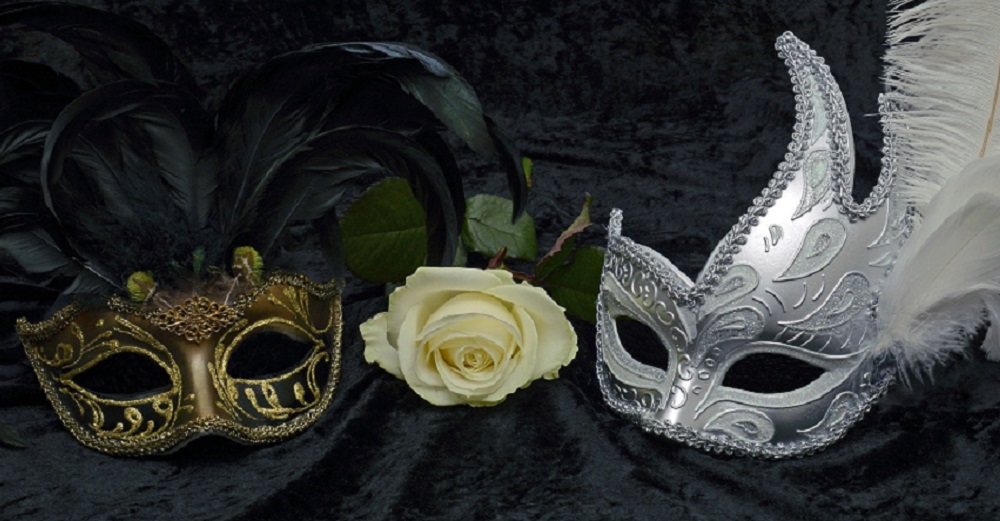 There are a bunch of RPGs out there, and no one says you can’t mash parts of them together to make something you like even more than you’d like the parts individually. Some combinations work great, like peanut butter and chocolate. Others work not as great, like blueberries and soy sauce. The only way to find out for sure is to try! Or have reasonable judgment, I guess, but I’m really not equipped to give advice to people who make good decisions.

Like part I of this series, this article focuses on using systems or ideas from other published properties in your session of the Fifth Edition of the game that rhymes with “Luncheons and Flagons.” I recently binged all of Bridgerton, so if these examples sound like me desperately squeezing the show’s feel into my games, that’s 100% what it is and I’m not sorry.

For the most part, things have to happen in a place. Controversial, even shocking, I know. Rivers of ink have been spilled about how to make the “Dungeons” part of [Censored] atmospheric and immersive, but not as much attention has been given to places where the players are less likely to encounter unsupervised piles of treasure or animated skeletons. Sure, you could put more effort into describing environments, but you’re a busy GM, and we all know your players are looking at their phones when you read off box text anyway. There are a couple of easy ways to make the environment matter in ways that affect the game mechanically, while still maintaining the overall “feel” of the place your player characters find themselves: environmental effects and random events.

Environmental effects are persistent elements of the area that make certain actions harder, easier, or in some cases, possible at all. The excellent and under-appreciated Damnation City does a fantastic job of this in a modern environment. Using this, you could build out a whole set of city districts or locations that can take your players from “we should look for some leads” to “we should go to the waterfront to look for leads.” A small, but important change. Your players now have new agency in selecting a location, and already have a clear idea of what the environment they’re operating in looks like. And because they put it all together themselves, they’re more likely to remember it.

Random events are just things that happen, caused by effects other than the PCs. Because these events aren’t triggered by the PCs, it’s a good way to drive home the fact that, while the game revolves around the players, the game world doesn’t. Tasha’s Cauldron of Everything has some great random tables, but they’re all focused on magical effects of one kind or another, and there’s a lot of potential for more mundane random events to occur, too. Here’s one example of a potential way to take a mundane society event to the next level. Content warning: like most of my birthday parties, this example includes multiple mentions of alcohol, inebriation, and shameful behavior.

Â …like most of my birthday parties, this example includes multiple mentions of alcohol, inebriation, and shameful behavior.Â

Example: “High Class” Is All Relative:

Lady Beakerton’s parties are always the talk of the season. They might not be the most expensive, or the most well-attended, or the most tasteful. What they do manage, however, better than any other society event, is create an absolute factory for scandal. If you want to find out about Lord Bueller’s gambling debts, or gather some juicy blackmail material, there’s no better place to look than the shadowy gardens and poorly-chaperoned alcoves of Beakerton House when the mediocre wine starts flowing and the bargain-basement musicians play. Getting an invitation can be its own mission, but let’s be honest: it’s not like she’s exactly picky about who she lets in to these affairs.

When attending a Beakerton ball:

Here are some random rolls you can make whenever the action dies down a bit. Or when the tensions are already high, and you just need to throw more fuel on the fire. Of course, you don’t have to roll, and you could always just pick one that tickles your fancy.

For better or worse, 5e has a “hard reset” that takes place at the end of every adventuring day. Hit points refresh, a level of exhaustion goes away, spell slots and special abilities are replenished, hit dice come back, characters can finally stop remembering that really awkward thing they 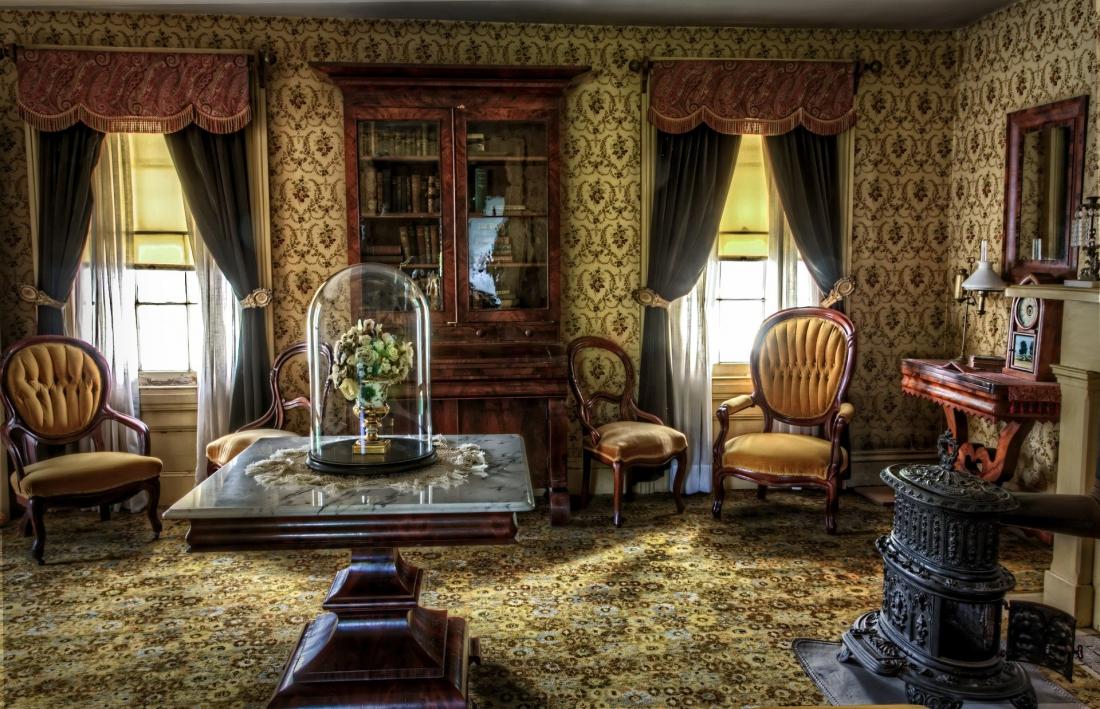 The kind of room that says “short rest, but only if you’re invited.”

said at the campfire two days ago. Long rests pack a lot into one simple decision. This is a design feature and not a bug. It can keep everything fun and varied and interesting through multiple encounters, but it does make it hard to drive up tension between days, and things can start to seem a little samey if the DM isn’t careful.

Lots of games have mechanics that create persistent states that continue through a session or more–FATE and Powered by the Apocalypse games come to mind. Any of these game mechanics can be lifted and shifted with a little bit of work, and you can end up with things like clocks, or stress boxes, etc. Throw a -2 penalty on rolls for each “tick” of the clock or box of stress, decide how the characters can make these go away, what happens when the last box/tick is filled, and you’re good to go.

Exhaustion is almost unique in 5e mechanics in that only one level goes away per day, so it’s a bit more persistent. If you want something that has a bit more of a 5e feel than clocks, consider having different “types” of exhaustion. Zee Bashew has a great video summary of exhaustion linked here, and Steve Kenson has written a couple of brilliant new ways to use exhaustion in his personal blog: The Spent Condition, and Acting to Exhaustion. Absolutely go read those, like…now. They’re short and great. To these absolutely genius options, I humbly add yet another possibility: Social Exhaustion/Shame.

This condition occurs after publicly mortifying incidents or as a result of especially cruel social attacks. “Social exhaustion” has four levels, and each level only goes away after the character successfully does something (that is, makes a successful roll) publicly at some sort of event in which they incur no social exhaustion. Each event/scene can only recover one level of Social Exhaustion. All levels of social exhaustion stack. For example, a character or NPC at level 3 has a -2 penalty to social interactions, rolls at disadvantage, and automatically moves to level 4 if they fail a social roll.

Systems are mechanisms for attention. If you want more attention paid to something, make more system for it. If your response to this is “that’s just wasting time,” hooo boy are you going to be sad about what games are. In principle, this can apply to anything, including baking a cake. For an absolutely excellent example of a game that has done this for 5e travel, I highly recommend the (now sadly out-of-print) Adventures in Middle Earth game. At its simplest, you can split any given activity into three phases/skill checks:

In order to get into the party, the characters have decided to pretend to be a group of caterers. The only problem? They’re not sure if any of them are any good at this “baking” thing.

Preparation: The characters must gather appropriate ingredients for a cake. Make a Charisma (Persuasion) roll to source and purchase the best flour, eggs, and sugar money can buy. Or your money, anyway. Compare your result to the below:

Baking the Cake: Now to bake the cake. This is an Intelligence (Cook’s Utensils) roll, modified by the earlier ingredients roll.

Using the Cake: Your cover as caterers is ready to go, and your cake is ready to present to Lady Beakerton and her guests. If you can pull this off, you should have unrestricted access to the servants’ portions of the house. Make a Charisma (Deception) roll to see if you can keep your cover throughout the party.

So that’s it: three more systems you can use for your dinner party game. What do you think? Are there any other systems you’ve seen in other games you’d like to see ported into 5e?