Be Conscious and Reflective When You GM: Seven Maxims for Game Masters

In Lessons from the Long Campaign: Prep Only What You Need (part of his excellent Long Campaign series of articles), the Stew’s own DNAphil said:

Over the past few weeks, I have been writing about the lessons I have learned, from running my three-year long Iron Heroes campaign (here and here). As this campaign charges into the its final sessions, I am starting to realize just how much this campaign taught me about being a GM, and how to manage a campaign. 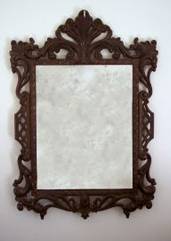 I’m willing to be Phil got so much out of this because he went into it actively planning to learn from his game, and reflected on what he was learning as he went. That points to simple, concise GMing maxim that has served me well for many years now:

Be conscious and reflective when you GM.

Since you’re spending your free time reading a game mastering blog, that maxim is probably one you know well. But if you’re new to GMing, or think about the craft in a different way, maybe it’s less obvious — and I still think it’s worth stating plainly.

Three years ago I wrote about my three gaming maxims on Treasure Tables, in Martin’s Maxims for GMs. I fleshed that list out from three maxims to six last year, and this new one brings it to seven. Here they are:

Numbers 3-6 all stem from number 7, since you can’t learn while GMing without being at least a little bit reflective. You can learn without really intending to, just by experiencing things, but as in real life it’s not nearly as effective as actively seeking to learn — being conscious about what you’re doing — every time you sit down behind your screen.

I don’t even consider this kind of learning to be work; it’s just part of the process now. And taking this simple step — actively thinking, “I’m going to keep an eye on how this session goes, and reflect on it afterwards” — is a great (and simple) way to make constant improvement a part of your own approach to GMing.

7 Responses to Be Conscious and Reflective When You GM: Seven Maxims for Game Masters