It’s been a long time since I’ve run a game of Feng Shui, but with my Savage Tide campaign wrapping up soon, I’m finding myself a little tired of D&D 3.5’s rules heavy environment. The Feng Shui rulebook is refreshing, very well written and easy on the rules. However, there’s one thing I absolutely cannot stand about it: the setting.

In a nutshell, Feng Shui’s setting is an excuse to mix multiple sub-genres of action movies, particularly those of the Hong Kong style. It involves a secret war between multiple factions, spread over 4 junctions in time. Factions battle for control of the feng shui sites at each junction, and those who control them also influence the era. The 1850 and “contemporary” junctions are OK, with kung-fu masters and gun toting Triads, but the 69 AD setting has transformed animals, who are just humans with special powers who are vulnerable to magic, and the 2056 junction has “arcanowave” – magic powered technology, magic cyborgs and magic cyborg mutants. We must not have been watching the same stuff, because I don’t remember a lot of transformed animals and magic cyborgs in my action movies.

Now, to be fair, I can see why other folks would like it. In terms of plot mechanics, it’s a good way to combine a lot of the action movie settings into one cohesive unit. The setting is only loosely sketched out and flexible to the whims of a GM, especially those willing to exploit the time travel/alternate future aspect. But for me, it’s a lot like mixing colors of paint. Each is pretty on their own or in combinations, but if you mix them all together (such as in a party) you get icky gray brown.

When I was first introduced to Feng Shui, my GM said to totally ignore the default setting. We played a setting based on contemporary Hong Kong style action movies with lots of martial arts and gunplay, and no magic, mutants or any of that sillyness. As a GM, I’ve shied away from it myself too, preferring an implied setting and running mostly one-shot games. However, this latest time reading through the book, I started to think of some other movies that might make for a good setting to play out Feng Shui’s high-octane adventures. Obviously, nearly any action movie is fine, but I think these are a little more interesting. Some of these would require some re-working of the archetypes. Here’s a short list:

I did run across a couple of actual Feng Shui adaptations that sounded really interesting. Buffy the Vampire Slayer seems like a particularly good fit, and using Feng Shui as a lens for the well-traveled Star Wars universe could be really cool.

What other movies inspire you to use them as alternate settings for Feng Shui and other high-octane action games? Let us know in the comments. 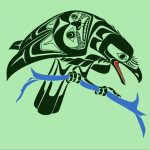