A Letter To Little Kira: You Don’t Have to 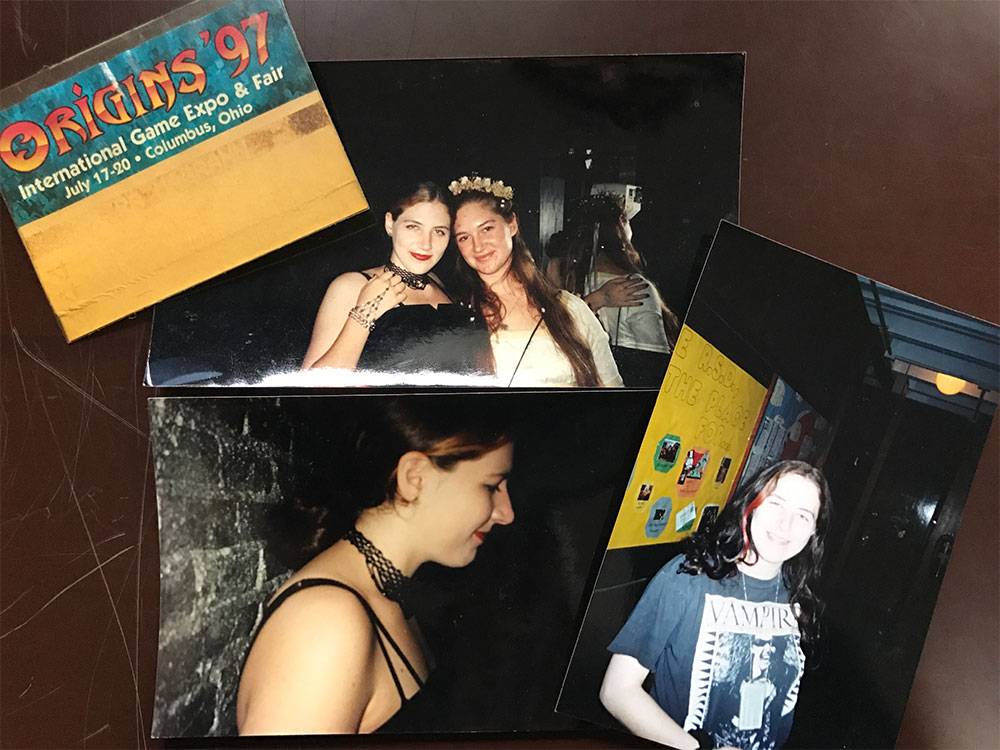 This week at the Stew, some of us were inspired by a series of disparate recent events to send some love and sentiments out to young gamers, especially those who are marginalized. We wrote these letters to our younger selves, because in you, we see ourselves, and we hope that we can give you the words of encouragement we needed to hear. You are welcome in this space. Content warning: misogyny, non-consensual touching, aggressive flirtation, harassment, mansplaining.

There’s a great deal of misogyny that every young human assigned a lady at birth needs to tolerate in order to survive. What you had to deal with in gaming spaces was unexpected, and how you persisted in the hobby despite that is, quite frankly, beyond older me. You’re still dealing with it now, but, at least you know how to draw healthy boundaries and recognize misogyny and toxic masculinity when it pops up. I know you’re having a hard time with that now as a sixteen year old, but you’ll get better at it. The hobby will get a little better too. Well, at least certain corners of it.

Here, let me share some of my wisdom with you, babygirl.

In one of your first vampire larps at a convention, you’ll be confronted with a group of kinda cool college guys who you think are charismatic and cute. Their characters will invite you to join their sabbat group, and you’ll agree in character and out of character, but what happens next you won’t agree to.

You’re in a private space, and one of them will push you to the floor and put a chair on top of you that they then sit on. They won’t ask you if you’re cool with this dynamic, and frankly, it’s a little bit of a scary power dynamic without consent.

You Don’t Owe Anyone Your Time Or Attention

At your first Origins you and your friend Maria signed up to play the weekend long Vampire Larp. You’re sixteen at the time, and excited to play with more vampire lovers just like you. During a group orientation, a creepy older guy started hitting on you and Maria. You politely turned him down and exited the conversation, going to the other side of the group to escape his physical presence.

For the rest of the weekend he’ll find excuses to show up unexpectedly right behind you or Maria and persist on hitting on you more, then get upset when you try to exit the conversation again. You didn’t know it at the time, but this is a kind of harassment, and could easily have led to something more serious. As an adult, you’d know to gossip about this creep and alert the people in charge, but you don’t really understand that yet. You just think it’s how some guys act and you have to live with it. You don’t owe creeps at games your time or attention, and with any luck, you can get them kicked out of the space for behavior like this.

You Don’t Just Have To Be Someone’s Arm Candy

In your teens you have some low self esteem and want to be seen as beautiful despite not realizing how pretty you are. Dudes will take advantage of this in the fiction of game, making your character their character’s “concubine” in exchange for political gain.

You Don’t Have To Patiently Listen To Mansplaining

You’ll play a lot of games where you’ll ask for a rule clarification and a man nearby will then go on to explain to you the most basic thing about what you asked. As though he assumed you’re that dumb or something. This will continue to happen into your thirties. No matter how many ways you learn how to deal and cope with Mansplaining, you’ve made an uneasy peace with the fact that it will never stop happening. Be patient with yourself and anger is a reasonable response. You don’t have to make them feel better about mansplaining to you.

Men will often be like “oh you could do this!” or “omg it would be so funny if you did this!” and then the group will kinda agree for the sake of group dynamics that this suggestion is super cool and you should do it. They’ll pressure you to do a certain thing with your character you might not want to, from being silly instead of serious to getting pregnant because it’s best for the group. You NEVER have to do these suggested things! This is your narrative, not the loudest man at the table’s narrative. Say no as often as you like, and even if it takes saying it a few times, insist on the narrative that belongs to you.

It’s gonna be a long road and I wish I could’ve actually taught these things to you when you were a teen. There are so many things I wouldn’t have put up with if I knew how to respond. We might all have to deal with toxic masculinity in gaming spaces, but at least we can get better at saying no and making the spaces less toxic. Past Kira would’ve had way more fun and less anxiety if she had even a little more support or tools. I hope we can give these to the next generation of ttrpg and larp gamers. Have you ever had similar experiences? What would you tell your younger self?

1 Response to A Letter To Little Kira: You Don’t Have to