Throw A Bounty Board At Your Players (Not Literally) 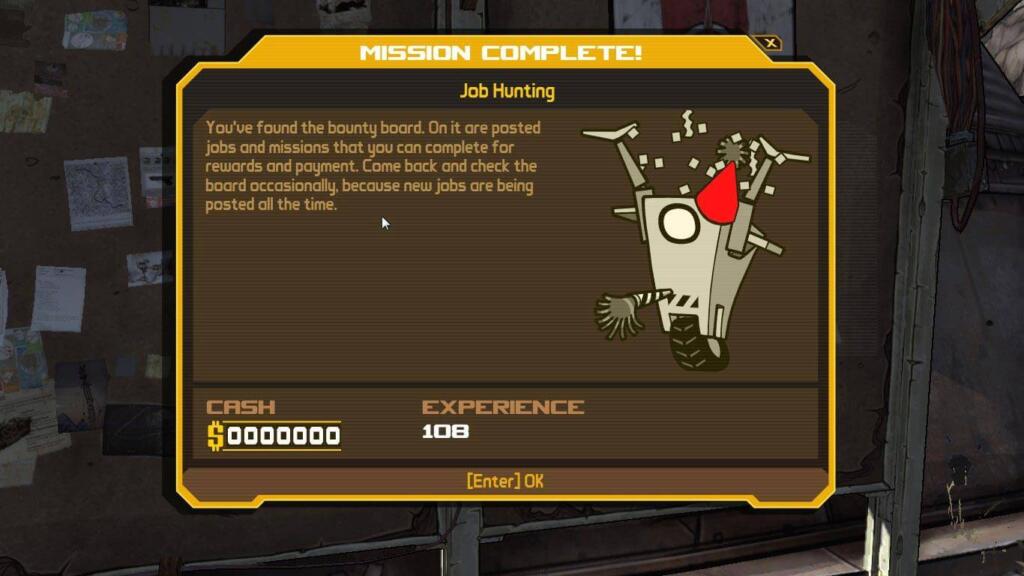 Life happenings caused two of my players to miss a session. We moved on with the rest of the group, but the main plot mission had them interacting with a big player in the world and being teleported to another location far far away. We ran a small session with just the two players who were missing from the main game, and it went about as well as expected with only one religious cult springing up in the wake of their actions. The side game was fun, but I had a heck of a time getting the two players to buy into the plot without the rest of the group there. I didn’t really want to explore deep character plotlines without the whole group there to support and be the audience for the PC plotlines to explore. Later, I realized the perfect solution to the conundrum of player buy-in for side missions – The Bounty Board.

Translating The Bounty Board From Video Games

Â Later, I realized the perfect solution to the conundrum of player buy-in for side missions – The Bounty Board. Â
After the game I was thinking that it would have been great if my players had the option of picking up a side quest that they wanted to do for that session, the same way I was selecting the quick missions I wanted to undertake from the Bounty Board in the video game I was currently playing. They could look through the available side quests that weren’t tied to the main story, grab the one or two that looked like they were promising and fun, and I could run the mini-scenario with the few notes I had on them. The more I thought about it, the more I realized this would be a cool tool for when we needed a fallback game, plus it is a pretty simple idea to integrate.

How To Integrate A Bounty Board Into Your Game

The Hidden Beauty Of The Bounty Board Concept

The Bounty Board concept is an element that is very meta to the game, and this puts it in the unique position of being able to generate a lot of player buy-in from the get go. Because there are multiple options, the choice is in the players hands as to what kind of mission they are going to pursue. If they’re feeling more social, they’ll pursue the one that has a lead in to dealing with the child of nobles who ran away to be with their forbidden love. If they just want to kill some things, they’ll pick the one that has monster hunting or eliminating the 9th street toughs. This creates a large amount of player buy-in without you having to lift a finger to make it happen. They chose the side quest and you run it.

Just deliver on what you promise in the listed bounty mission. Some surprises and twists are fine, but if you promise monster killing in a side mission it shouldn’t turn into a political intrigue game half-way through the one-shot. Chances are if you are using this concept to fill in the gaps because some players are missing, the mission chosen fits the play style of the players who are present.Â  They’ve already bought in to the core concept.

Another hidden beauty of the Bounty Board as a way for players to choose their missions is that the initial buy-in means you don’t have to spend as much time sowing seeds to lead the players into it and trying to make it feel “unique”. “Eliminate a group of Orcs plaguing the roads” type of missions are pretty standard for fantasy style games, and if you have reason to run one, you often have to give players a reason to care about something that is so common. If they’ve bought into that concept because they chose it off the Bounty Board, then you don’t have to spend as much effort making it seem like a unique and worthy mission to fit in with the story. Instead, you can focus on elements that actually make it unique like the personality of the lead Orc or the incredible labyrinth of traps they have set up around their camp and the tactical fight you planned – the elements the players will actually interact with in pursuit of completing their goal.

I’m going to whip out the Bounty Board for my group during their next game to let them know that a lighter session or side session is more in their hands. What do you do when you’re missing players or you need a break from the main story? Do you use modular options like this? As a player, do you find yourself wanting to jump into side missions during a game?