Taking November Off from Writing TT 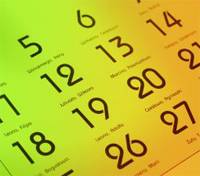 After careful consideration and several changes of heart, I’ve decided to take the entire month of November 2007 off from Treasure Tables, for two reasons.

The first is that I’m going to be participating in National Novel Writing Month. I’ve always wanted to write a novel, and I need a kick in the ass to get one written. NaNo is that kick. I’ll be writing 50,000 words in November, and there’s no way I can also write TT posts at the same time and retain my sanity.

The second is that I just plain need a break. I’ve been writing for TT daily since November 2005, and I’ve never missed a day. That’s a good thing, but it’s also burned me out a bit. Lately, running TT has been more work and less fun, which I’ve always found to be a pretty good signal that it’s time to take a break from a hobby.

Thanks to our forum moderators, Scott M, Rick_TWA and VV_GM, the TT forums will be staying open. Guys, you’re awesome — thank you! If you find yourself itching for GMing discussion in November, I hope you’ll consider taking advantage of our forums.

And thanks to an excellent idea of Rick’s, TT won’t be “going dark” during November — instead, it’ll be going into reruns. There are over 800 posts in the archives, and I’d wager that not too many TT readers have read all of them. I’m going to be choosing 30 39 posts — some well-known, some more obscure — and running a post a day for the whole month from November 1 through December 9 (the extra week is to recover from NaNo!).

I hope this crazy, novel-filled break cures my TT-writing burnout, but I’m enough of a realist to know that with any break this long, there’s a chance it’ll become permanent. I’ll make that decision by early December, and either way I won’t just fade out: if I’m going to stop, I’ll announce it here; if I get back in the saddle, I won’t be shy about it.

Whatever happens, I’ve had a blast running Treasure Tables — and that’s due in large part to you, the TT community. It sounds cheesy, and I’ve said it before, but I’ll say it again: You rock. This wouldn’t be TT without you, and thank you.

27 Responses to Taking November Off from Writing TT