A couple of weeks ago, I had the opportunity to play a pre-Kickstarter build of Magpie Games’ Root: The Tabletop Roleplaying Game during a recording of the Terrible Warriors podcast. Root is based on the award-winning board game Root: A Game of Woodland Might and Right. 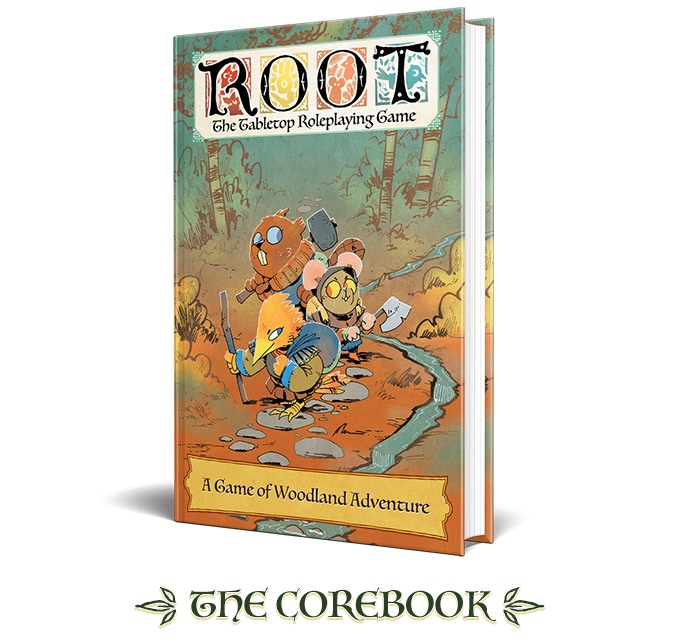 I’ll put this out there at the beginning: I had a blast.

Taken from the Kickstarter page,

“Root: The Tabletop Roleplaying Game is a game of woodland creatures fighting for money, justice, and freedom from powers far greater than them. Based on the Root: A Game of Woodland Might & Right board game and officially licensed by Leder Games, Root: The TTRPG brings the tales of the Woodland to your RPG table!”

In Root, players inhabit the lives of anthropomorphic vagabonds, outcasts in normal woodland society, belonging to various warring factions. You might be a stalwart arbiter and defend the interests of their lords. Like me, you might play a scoundrel, causing mischief and mayhem as you shift between alliances. Now, you’re probably thinking, if games like Mouse Guard, Ironclaw, The Warren, Tales from the Wood, Bunnies & Burrows, and Pugmire/Monarchies of Mau already allow you to roleplay as anthropomorphic (to varying degrees) woodland creatures, why bother with Root? 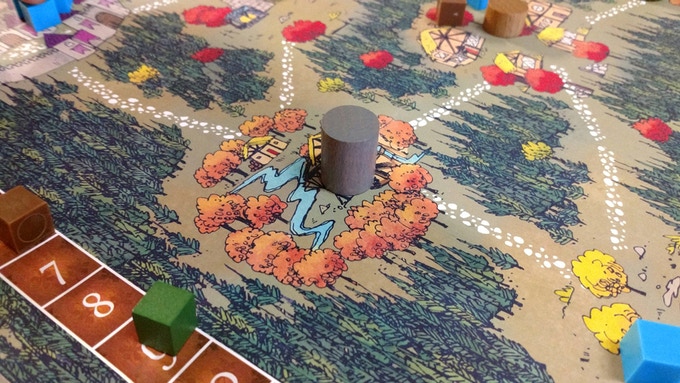 What I found most compelling about Root wasn’t the cute art or simple character creation mechanics, but rather the way it manages to immerse players in the living world of the Woodland. The Woodland is a deep, dark forest that is home to ancient ruins, dangerous beasts, and warring clearings (settlements for the woodland creatures). Navigating the paths and forests of the Woodland is an essential part of gameplay. Similar to the board game, the Root tabletop RPG will come with a map of this region. However, there are rules for making your own! Our GM for the session, Justin Ecock, came prepared with one he crafted using the mechanics that will be featured in the finished game. As our tale progressed and we ventured from clearing to clearing, the world around us shifted. The interwoven politics of the Woodland birds, foxes, mice, rabbits, and sinister cats was “simulated” in the background independent of our characters. As we returned to clearings, we were delightfully shocked to find them under the control of enemy factions! In many ways, this feels like Magpie games is trying to blend the workings of the source material board game and the narrative stylings of an RPG. Part of me suspects that players might be turned away by the fact that their actions have little impact on the world around them. However, I also believe that this presents itself as a fantastic tool with the potential to help new gamers feel immersed in a fantasy world. Time will tell, and I’m sure we will follow up on these mechanics when the final version of the Root tabletop RPG is released for wider consumption.

At the time of writing, nearly $400,000 Canadian dollars have been raised on Kickstarter against its $13,000 funding goal. This game is a runaway crowdfunding hit. Will its novel approach to crafting “living” game worlds for players earn it critical praise? I suspect so!

Listen to my playthrough of Root! Back Root on Kickstarter!