Player Agency vs The Juggernaut

The loss of player agency sucks. It would be fair to say many folks play tabletops to enjoy the power fantasy of being some badass adventurer. Many folks like righting wrongs and expressing a level of control and accomplishment that may or may not be lacking in their daily lives. For many, this kind of game is perfect for them their entire lives.

Then there are people like me. The sort that like games like Monster Hunter and, yes sorry it’s made its way into this talk, Dark Souls. These are games that love to drag you through the mud over and over again, pushing you into tough situations until you finally drag yourself out of it heaving, pained, and out of breath. I like being put into situations where the balance of power is insanely skewed, I like playing games with high lethality, I like scenarios that feel impossible and hopeless, and I want my characters pushed to explore the negative well of emotions that arise from that. I’ve explored all the highs and now I’m there to explore the lows as both a player and a GM. I want to go through the lows to make the highs I earn feel brighter and taller.

But you can’t really get there if you 100%, always have agency.

What do I mean by this?

Loss of agency comes in many different flavors of soda but ultimately have the same base: the players are placed into a scenario where their actions are limited or outright taken away. Loss of agency in its lightest form could simply be that a door cannot be picked and must require a key. In its more concentrated forms, your characters might be bound in an anti-magic jail cell with no equipment. In both cases, the actions and decisions of a player-character have been limited to only act in accordance with some directive by the GM. While both scenarios are different in scope, these are familiar story beats most adventurers have come to expect.

I don’t believe you can have a game without some loss of agency. The goal of a GM is to place obstacles and challenges in the path to success in order to make the victory that much sweeter. In the grand scheme, simple obstacles such as locked doors stop being interesting so you need to add complications that limit simple successes and standard approaches. By locking away more and more options, you’ve inadvertently pulled away at least a small part of the players’ agency. Through limitations, you’ve taken away methods in which they may solve a problem but therefore have pedestaled the success state if they so accomplish it.

Either way, I feel people more intelligent than I have said this better and more coherently so I’m going to instead try to frame this around one of my favorite adversarial tropes: 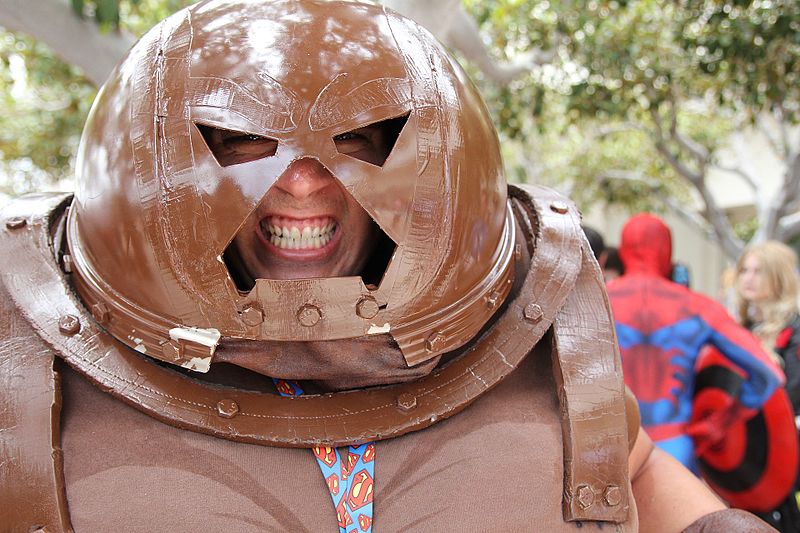 The Juggernaut (oh hey look a link to tvtropes), likely derived from the Sanskrit jagata(world) & natha(lord), is typically a villain/enemy that just chugs along on their goal, not letting anything get in their way. Sometimes it’s a giant dragon-turtle project to just ‘pass-through’ your home town (surprisingly the more harmless variant), but sometimes it’s aimed right for you and your party. When it does, you’d be quick to move out of the way.

A Juggernaut typically has the following traits:

The Juggernaut is a consistent type of unstoppable force like a glacier or a slowly moving train. It has a goal, it has a direction, and, more often than not, its goal is right through you and your party. To properly bring in the scare factor of a Juggernaut, they often need to be capable of devastating damage to show how much the party should not be messing with them. No one is going to be scared if an invulnerable monster does a 1-4 damage out of a player’s 70hp+. When the Juggernaut is in movement, it often feels like nothing is going to stop it. It’s extremely common for a Juggernaut to literally crash through walls in search of the players. However, as a trade-off to that, any method successful in debilitating the Juggernaut will be highly effective, at least until it inevitably escapes.

As for what I mean by staying power, it’s typically what makes the Juggernaut as much of a nightmare as they are. Regardless of the number of methods they have, they become a consistent, constant force out to accomplish their goal. Combined with their heavy-hitting nature, it often feels like facing a locomotive in a single tunnel.

There are several ways the Juggernaut achieves their staying power. Here are just a few:

So how does this relate to player agency? 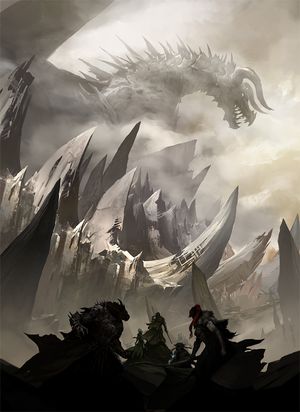 The Juggernaut is an extremely difficult enemy to place due to the murderbot-esque nature of most tabletop games. They tend to require a lot of story-based notes and foreshadowing hinting at just how unstoppable they are. If not foreshadowed, the players might consider it like any other enemy and promptly find themselves in a poor situation when it likely takes down its first target in a single shot. The immediate response by most players in this situation would be to call their GM a killerGM, the type that you read internet stories about constantly.

The creature is terrifying because, for the most part, it invalidates the simplest solutions of either murder or talking your way through it. This often leads the players to feel like they’re forced to escape as they have no other option–likely calling you a railroader in the process. And, honestly, they’re right.

Placing a Juggernaut in your story takes away a great deal of the players’ agency, which is often defined as the ability to make meaningful decisions that have an impact. The Juggernaut shrugs off such agency much like the players’ own attacks. In a way, the Juggernaut is a physical puzzle: it forces the players to react and solve it in real-time and requires them to find some key, weakness, or to break some curse in order to stop it. Depending on the context and setup, it might also completely invalidate almost every other method of dealing with them.

How are you supposed to use this?

In a world of 100% player agency where you’re there to mostly empower the players, the answer is that you don’t. The Juggernaut forces the players to play by its rules–and, by extension, yours. It’s disempowering, frustrating, and you will likely face the ire of placing a seemingly impossible enemy into the game. Highly narrative games, which I also consider to be a style of game that actually has the potential to reduce player agency by a wide margin (but that’s for another article entirely), are also very ill-suited for the Juggernaut. This is due to often what I’d argue to be a lack of actionable consequences. It’s somewhat hard to give your Juggernaut the imposing nature it has if it doesn’t critically injure a party member early on. If the party so happens to decide to fight it and then choose to stick around for the TPK, there are very few ways to plot armor them out of it and not subject the Juggernaut to villain decay. For the most part, and for most parties, you just don’t add them to the game.

But I find that wasteful.

There are many interesting stories and situations that arise only with this unstoppable force style of adversary. To simply lock down an entire section of narrative tropes to emphasize agency is a shame. This line of thinking led me to believe that perhaps we should be aiming to game at some middle percentage between 0-100% agency. GMs should be open to allow players to alter the narrative and setpieces in meaningful ways, all while players should be ready to experience potentially frustrating and disempowering situations. I consider this somewhat par for the course when it comes to being a protagonist: most protagonists in any story are bound to hit their Darkest Hour right before the climax of the story. The sweetness of their victory is only highlighted by the bitterness of the struggle to get there.

The Juggernaut is an adversary I’ve seen fall through the cracks in modern tabletop gaming. This is partly due to what I believe is a focus on improv and storytelling, as well as a high focus on player empowerment. However, on the opposite end, more combat-focused games (as well as games that use a lot of random encounter tables such as the OSR) tend to be unable to use it as well; this is either due to the conceit around most anything in the world being fightable or that any one-off random encounter is avoidable and will never be seen again. This is a creature that exists somewhere between the uncomfortable and the difficult.

The Juggernaut is a long term, terrifying, and frightful creature. They need to be introduced into the story with a lot of foreshadowing or lore and need to deliver on their foreshadowing with deadly strength and capability. They often require a whole plotline involved in taking them down, but it might involve several failed attempts that only further build upon their mountainous concept.

Playing with a Juggernaut is often an arc, but it could possibly fill an entire campaign. Using them requires a mutual understanding that it would be difficult for the players and would likely involve taking away some degree of their agency on the scenario. What comes from it, however, is a campaign potentially filled with struggles, sighs, and the sweet sweet taste of victory.