Some GMs would never tolerate a computer at their game table; if a notepad worked for E. Gary, it’ll work for them. Some would be lost without a browser opened up to thirteen tabs, and multiple Excel sheets for calculating THAC0. And some, perhaps living out some brash fantasy as a librarian, swear by the lowly index card.

So what’s the best way to run a game – Paper, Silicon, or Cardstock? 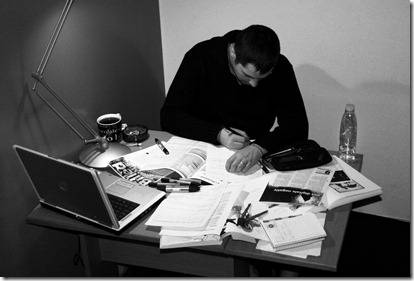 Like many gaming topics, this is a trick question; there is no right answer. It depends entirely on personal preference, background, game system, and campaign style.

I’ve used all three approaches; each has benefits and drawbacks. This is all my opinion, nothing more…

It’s possible to combine these, especially in preparation, but when you run the game, which medium will be carrying your notes — Paper, Silicon, or Cardstock?

Got an opinon, or another option? Sound off in the comments and let us know!

25 Responses to Paper, Silicon, or Cardstock?