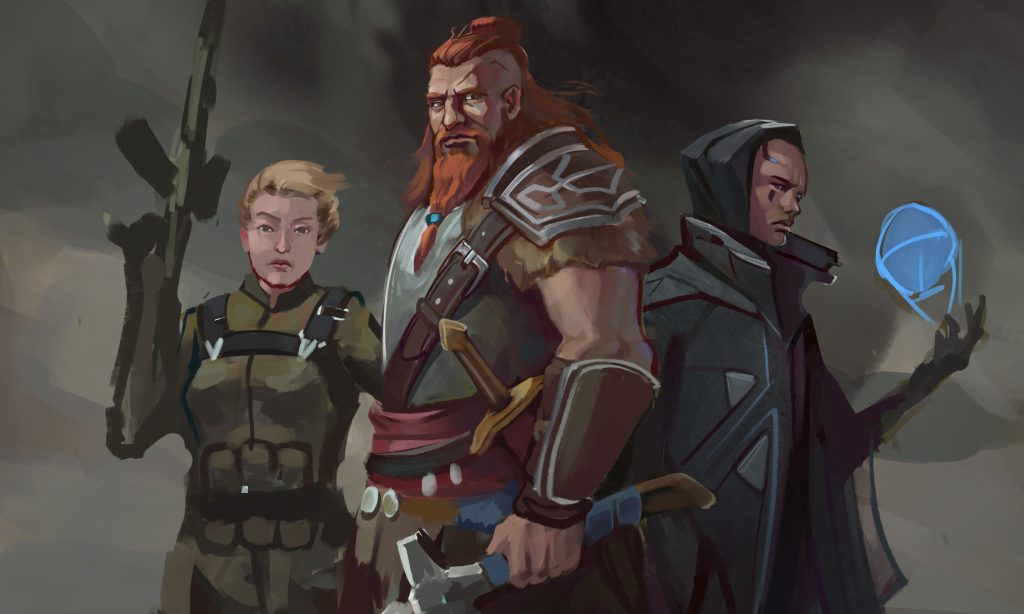 Homebrew setting creation is an important facet of the RPG experience. For many of us, world creation is what got us interested in RPGs in the first place. But whether you’re designing a setting for the first time or the hundredth time, there are some simple tips that can make the experience more productive and enjoyable.

The first step is don’t be intimidated. Playing published RPGs can give you the impression that hundreds of genius ideas must be put to paper before the game even starts. This is not the case. Many RPG settings are developed organically through play and experimentation, and yours should be too. So focus on having fun, don’t be over-worried about originality, and let the creative process take its course. While there is preliminary work to do before playing, it’s probably not as much as you think.

Think of the Aesthetics

A great place to start is thinking in big, broad terms. Be inspired by your favorite media, and look for themes and ideas that get your creative energy flowing. Love Ghost In The Shell? Definitely lift some cyberpunk aesthetic. Get pumped about Avatar: The Last Airbender? Some elemental magic and spiritual themes could be good. Genre mash your heart out, and don’t shy away from cliches. Instead, embrace a cliche and put a spin on it. So if your cyberpunk world is full of neon tubes, corrupt corporations, and elemental masters, maybe the strongest elemental masters are the most powerful CEOs! And the more powerful your magic, the more neon tube cybernetics you have to contain all your power flowing through your veins. Maybe elemental magic isn’t just for fighting; it powers all sorts of technology and daily life, and has become so important, it’s used as currency.

Think of the Core Conflict

Every great piece of media, while having a rich world, has a core conflict to explore. This makes the world feel alive, like it’s in motion and taking the players along for a ride. So what’s the big problem in your setting? Connect it to the aesthetics to make things feel cohesive. Maybe in this corrupt magical CEO world, a huge economic crisis has happened and companies are calling in all their debts. They’re forcibly reclaiming magic from the lower castes, and sometimes over pumping so much power out of people, it kills them. A classic haves and havenots story tailored to your world design. But don’t forget to connect this conflict to the players! In order to make it seem real, this problem needs to affect the players’ lives, their allies’ lives, and day to day struggles. Perhaps the players are all debtors trying to escape possibly lethal debt collection, and trying to train, focus, and gather enough elemental magic to pay off the creditors. Or maybe the players are actually a paid team of debt collectors, and have to journey to dangerous places and reclaim what “belongs” to the corporation, dealing with the moral struggles that entails.

This is my favorite part of setting creation. The world really starts to feel fleshed out when you think about the social factors at play. The important thing to remember when creating factions is that dynamics matter much more than detail. It’s not so important to think about what a faction wears or eats or what language they speak, unless that somehow directly relates to the conflict and how that faction interacts with others. We already have the idea of two groups: haves and havenots. And we know one is oppressing the other. So what are some more interesting dynamic ideas to come out of this? Perhaps the havenots use extensive smuggler networks to move magic around and keep it hidden from the collectors. Maybe the havenots aren’t as educated or well trained, making it hard for them to produce useable elemental magic on their own. Or better yet, maybe the magically gifted among the havenots are forcibly recruited into wealthy society and removed from the people, keeping the economic disparity strong. This means gifted people hide their talents to try and support their communities from the sidelines. 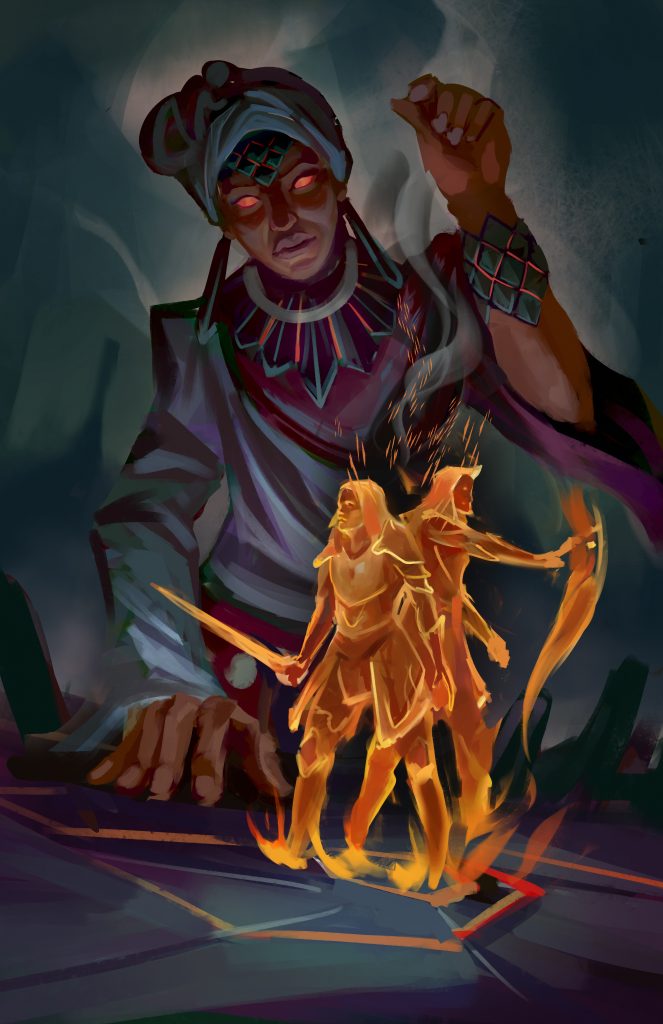 You’re not going to answer every question about your setting while you brainstorm it. A lot of it is going to work itself out naturally as you play. What does it look like when the wealthy extract a magically gifted person from their neighborhood? Maybe you can brainstorm a whole session around it, and play it out to fill in the details. Or better yet, maybe a player has that sort of event in their backstory, and they can contribute their own ideas on how and when that happens. Don’t be afraid to let the players contribute! In fact, you can invite the players to contribute to this whole process, because great ideas can come from many minds when everyone respects and builds on each other’s contributions. My game Heroic Dark makes use of this fact, and makes setting creation into a structured, collaborative process for everyone at the table. The players become invested in the game world, because their ideas are a piece of it, and it makes the dangerous adventures in that world so much more compelling. Everyone is more willing to take risks, face challenges, and do heroic things because they want to see how their and others’ ideas play out in the high intensity story everyone is crafting together.

So after setting creation, it’s important to remember that worlds evolve. As you play the game, the players experience a mix of wins, losses, narrow survival, and tragic deaths. But as the consequences play out, you might find a setting detail is starting to feel vestigial or incongruent based on what has happened. Let the gameworld change! In our sample setting idea, if magic extractions always went unchallenged before, but now the havenots have been pushed to the edge, maybe they don’t take things lying down and extractions become dangerous and violent. This change could lead to another; as the wealthy see their authority challenged, they invent new, more brutal methods of extraction that are harder to resist.

Setting creation can be a much more fluid, relaxed, and flexible exercise than you may be used to. Following a stripped down process like this produces surprising results, because when you don’t weigh yourself down with figuring out every little detail and trying to be a genius, your creative juices can really flow. Between aesthetics, conflict, and faction dynamics, you should have a rich and living world ready for a fantastic adventure. By diving in before everything is nailed down, you let the details fill out organically and naturally, instead of arbitrarily making decisions just to put words on a page. But the most important thing to remember is to have fun. This is ultimately a game, not a writing competition, so the best measure of the success of your setting is having a good time.

Dustin DePenning is a board game designer and product manager. He previously released Synthicide, his first RPG. Now he is working on Heroic Dark, which has a free early edition available on DTRPG.