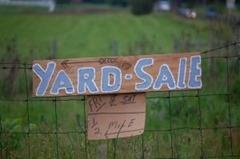 Somehow it seems surreal that we’re on the third of these yearly articles. Like the last two years, here are some campaigns from the minds of the gnomes that we want to share with anyone who can use them. As usual, if you’ve got a backburnered campaign of your own, share it in the comments!

If none of this year’s offerings catch your eye, try the past years’ articles, especially the comments, where there are over 25 additional ideas donated by our readers! 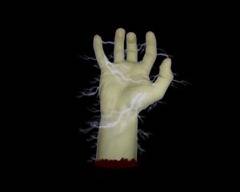 In the Zombie Strike Force setting, zombies possess human level intelligence, and though they crave human flesh, they can make do with nearly any form of meat product. This means that zombies who behave themselves coexist alongside the living and aren’t kill on sight, at least not in most areas and situations. Zombies are contagious, and different zombies are contagious to different degrees (some must kill a victim, others can spread the affliction through skin to skin contact or even via airborne pathogens). This, their food source, and the relative newness of the undead make most interactions between the living and the dead strained at best. However, Zombies are also incredibly durable and possessed of an impressive array of natural and supernatural abilities, making them invaluable in tactical exchanges and most governments and militaries have small zombie strike forces to deal with high level threats and deadly zombie outbreaks. Zombie Strike Force is a two-pronged campaign focused on the difficulty of being newly reborn monsters in a society on edge, and crunchy tactical combat utilizing a mix of zombie powers and hardcore human elites. 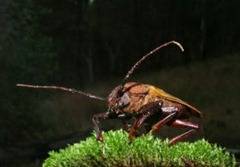 Gamma World is currently taking the internet by storm, and there are new tools for it cropping up all the time, like the official character generator from Wizards, and Critical-Hits’ Junkulator, a random junk generator. What isn’t as well known as this internet darling, however is that Gamma World started it’s life as Metamorphosis Alpha, a game about a world ship exposed to strange radiation, it’s crew and biological samples killed or mutated en masse and reduced to a primitive tribal state, the knowledge of their surrounding and mission lost in their slowly decaying ship. The original setting material for Metamorphosis Alpha is available as an affordably priced PDF from RPGNPW and includes plenty of hooks and ideas for a Gamma World campaign. 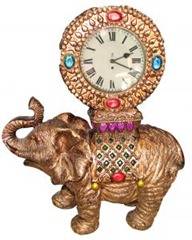 When Kurt designed this scenario for GenCon, it was called A Stich in Time, and you can read about it here. But I couldn’t help riffing off of it and making it my own. The PCs, amped up version of the players (so the IT guy is a gadget wizard, and the guy who takes a karate class is a martial arts expert, etc…) are a modern day team of “time agents” who are fixing errors in the timeline created by a rival terrorist group. During the campaign, which is mission based, revolving around The PCs getting briefed of an error in the timeline, and going back in time and repairing it, two things become apparent. First, there’s some huge horrible error to the timeline that no one but the players seem to be aware of (for example, maybe Germany won WWII and Hitler’s grandson rules the world with a tyrannical fist) and second, that errors in the timeline still leave a “shadow” behind for alert observers (for example, If Lincoln isn’t assassinated and the PCs have to go back and make sure Booth manages to do the deed, they might notice a sensationalist rag with the headline “Lincoln shot dead at Ford’s theatre” but it’s just a story about the attempted assassination with a dramatic title to grab readers. The final chapter of the campaign, is the PCs being approached by a rogue faction in the agency to deal with the historical elephant in the room. Upon success, however, the PCs discover that their actions have not only righted the timeline but prevented the invention of time machines and stranded them in the modern world… as their players and the shadow of the real timeline sits before them in the form of an RPG.

That’s it for the GMing concept garage sale 2011. Share your unused campaign seeds below and somewhere someone else will get some use from them!