Bear with me as I set some expectations for what we’re going to look at today. The basis for everything I am going to explore is the interaction between sub-genres of fantasy and the scope of a fantasy campaign. To frame this discussion, we’re going to look at some terms as defined in the Big Book of Masters of Dungeons in the purview of Dragons that sometimes associate with Dragons. That said, this shouldn’t only apply to level-based fantasy stories, but it should definitely make sense as an extension of level-based fantasy game assumptions.

When I’m talking about scope, I’m looking at the impact the players have on the setting, and the range of adventures a character is likely to explore. In level-based parlance, this generally maps to the tiers of play model, which goes something like this:

We’ll circle back on this, but the scope of each of these is going to be a little bit different based on the sub-genre of fantasy. While we’re keeping to the same “tiers” delineated in the World’s Most Well-Known Fantasy Fame and Fortune Acquisition Simulator, in this case I’m looking at the biggest stakes each tier is likely to face, separated a bit from any other assumptions that go with the acquisition of greater abilities. This is also at least somewhat flavored by the thought that player characters are at least semi-heroic. They may not primarily adventure because they want to save the world, but in the course of their personal motivations, it ends up being part of the package.

Stakes involve the actual form that the above scope is dealing with. For example, the fate of a village looks different when the stakes are saving them from an undead infestation, versus saving them from bandits that will slowly drain them of all their resources, but both are local problems that will affect the long-term fate of the village.

Once again, we’re going to take our cues on the genre from the game that would be called U & R if you removed the first letter of each word in the title. These are not the definitive, all-encompassing genres that can define fantasy stories, but they are going to be my means of limited exactly how deep into the well I dive. For purposes of this article, were going to look at the following:

There are all kinds of definitions you can find for these genres, but what I’m looking at in this case is using these general functional definitions.

The reason I wanted to look at the scope and the stakes of different fantasy campaigns is to look at how different genres of fantasy handle those stakes. Now that we’ve looked at and defined some ranges, let’s look at what different stakes will look like when added to a different scope. 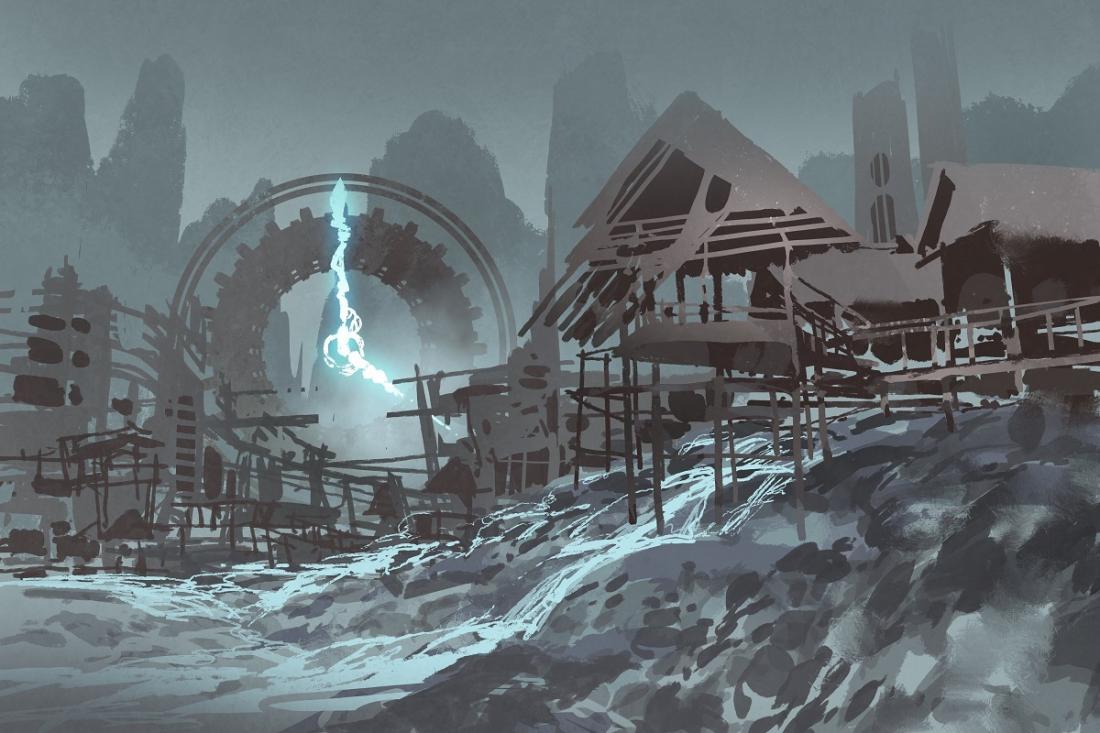 On the local scope, we’ll look at a scenario, and see how it’s framed differently between each of the different genres of fantasy we’ve examined. We’re going to go back to our simple example of bandits causing problems for a village.

In addition to villages, the broader scope of the campaign can be a large city, with the opening stages of the campaign being limited to a specific neighborhood of the city. 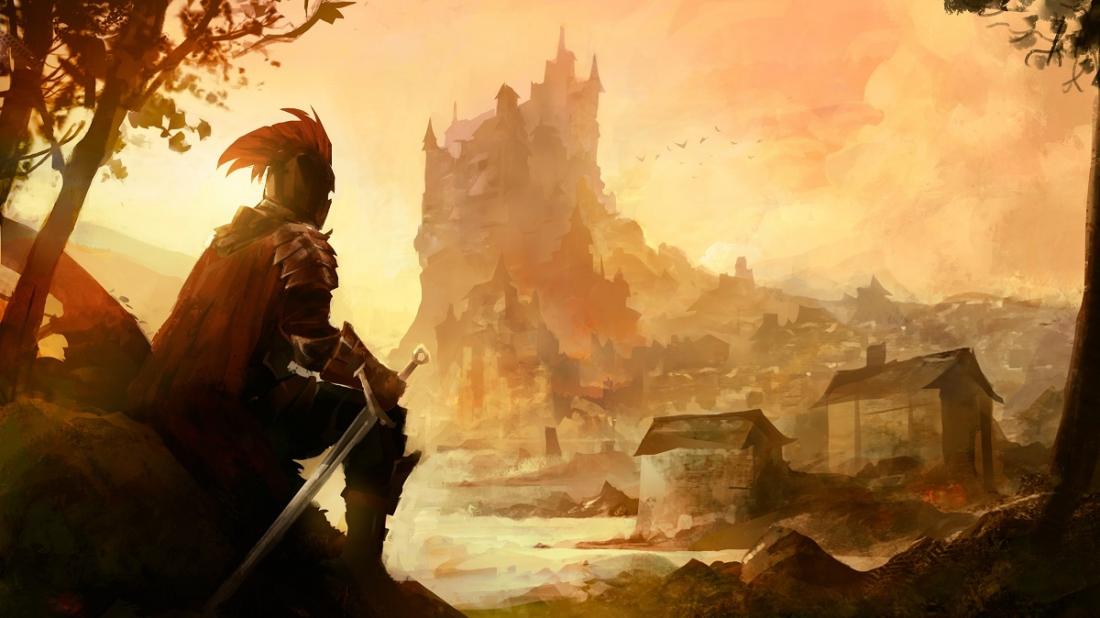 If we start with a village, when we move to the Heroic scope, we’re moving to a coalition of towns and villages that trade with one another and pass news to one another. It might be a province in a wider kingdom, or it might involve the player characters interacting with people that notice them at the local keep or capital city of a region.

In a more urban-based campaign, the scope of the adventure might move across multiple neighborhoods and start to gain the notice of the broader powers of one of the wards of the neighborhood.

In a Heroic Fantasy, Heroic Scale campaign, the player characters will likely have been noticed for their deeds in and around neighborhoods and villages and have a reputation for resolving trouble. In a Sword and Sorcery campaign, they may not be the only adventurers know for getting results, but they will be among the names that float to the top. It may be a matter of them being the first name on the list, with another name waiting in the wings. In a Dark Fantasy campaign, they may be well known, but not well regarded, and may be the best bad option for an appeal. In a Mythic Fantasy campaign, it may be that some authority wants to see if they are as amazing as the people in a village or neighborhood regard them, by providing them with a challenge.

In this case, let’s look at undead plaguing the countryside, and how the player characters from the previous example handle them. 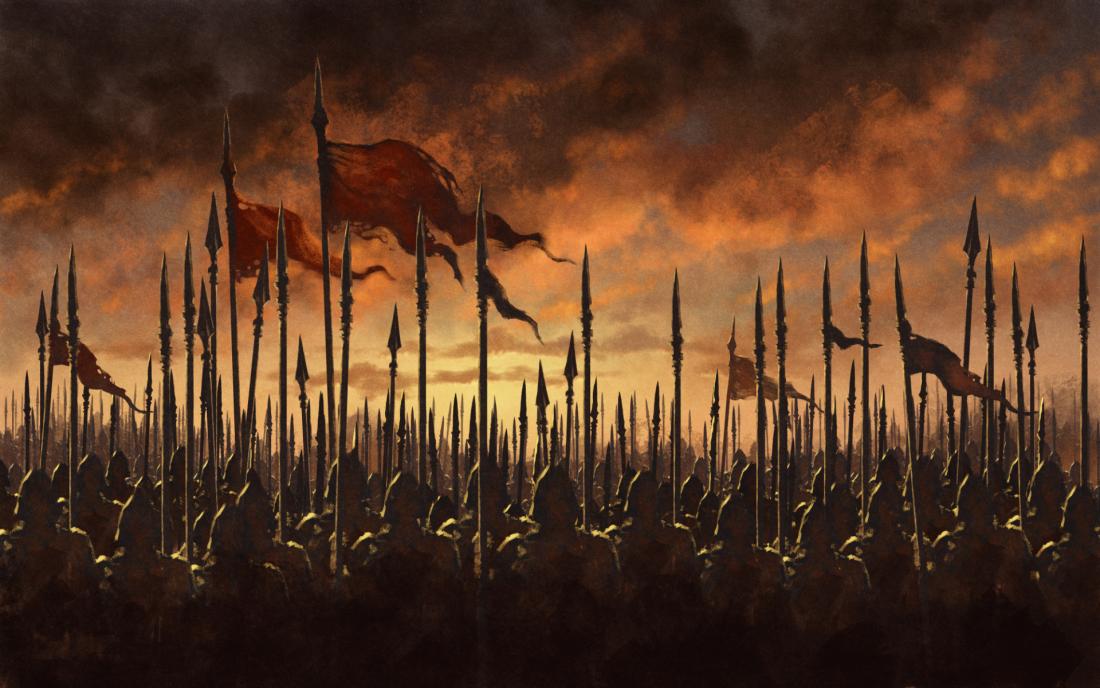 Following our previous examples, the legendary scope is going to see the player characters see the real, regional powers, and those powers will know who they are, at least by reputation. If you start with a village, then move to a keep or capital, this moves on towards the player characters being known at the national, kingdom-wide court. If you start with a neighborhood in a major city, this means the mayor or city council will know of them, and they will be dealing with matters that affect multiple wards, if not the whole city. People will know their names.

In a Dark Fantasy setting, the PCs may be hated by the regular people, and favored at court, or vice versa, but either way, their fame will be complicated. In a Sword and Sorcery setting, they may get to see themselves displace the old favorites or know that in some way their position is precarious, as they are well-known heroes, but might be rivals of the people in power. In a Heroic Fantasy campaign, powerful people from multiple organizations may share their council and trust their opinions. In a Mythic Fantasy campaign, they may repeat the same process they faced previously, where kings and high priests are trying to test them to see if they live up to their legendary status, while they are firmly loved in their homelands.

This time around, let’s look at a dragon ravaging the countryside, and how the heroes from our previous examples will find the situation waiting for them. 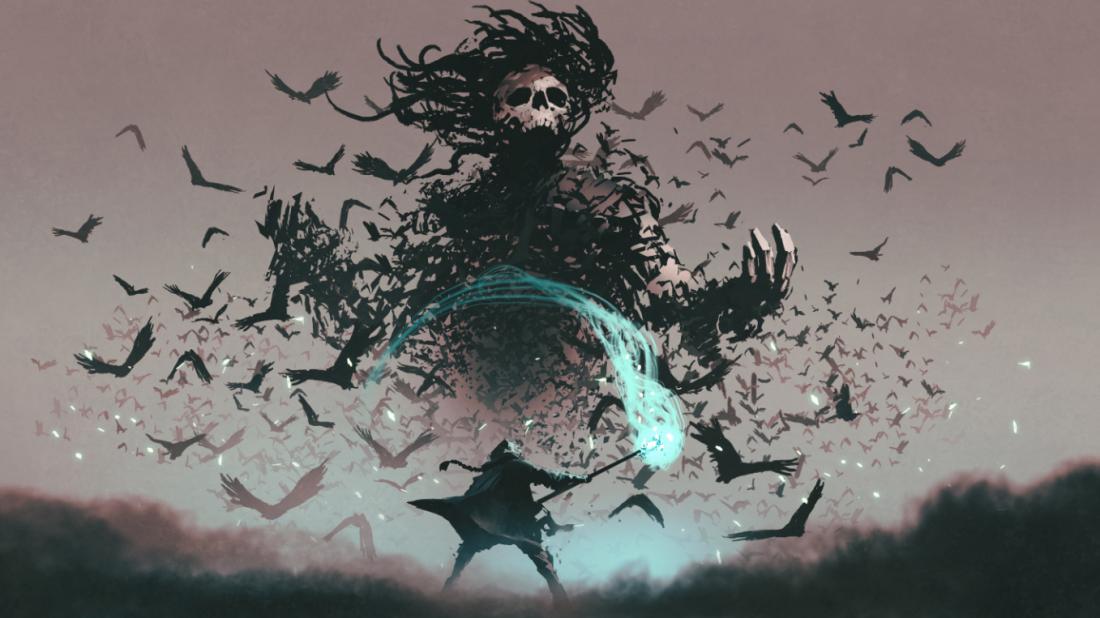 This is that scope that you don’t see nearly as often in fantasy games. It can be hard to reliably make something feel like it’s on this scale. You must have world-changing events ready to go, or at least events that will potentially change all the world as it is known by the player characters. That means not just the lands where they have lived, or where they grew up, but all those lands they have heard of, but haven’t quite visited for extended periods.

At this scope, it should be easy for player characters to be invested with official, political power, if they want it, but it may not be what you want for the campaign. In other words, it would make sense for them to be the head of the wizard’s conclave, the ultra-pontiff, a monarch, or guildmaster of guildmasters, but you may want to discuss why your characters would or wouldn’t want that meta-adventuring responsibility outside of play, before accepting or denying those honors.

Ironically, if you have been using a city as your framing device for the campaign, and defining scope based on the city, this may be the point at which those characters finally move out to other, similarly-sized cities, gaining perspective on how other urban areas are the same or different than their own city-sized world. This is also when major political plots by other cities start to undermine the influence and importance of their own city.


The tropes can be very similar and can be the primary element on which you hang your adventure, but that context is going to create strongly unique circumstances.

Let’s look at a final showdown in these genres, using a demon lord as the ultimate, campaign-ending boss monster.

That’s a whole lot of high-level adventure hypothesizing. What I hope you get from this is that you can have very similar elements that, when playing with the scope and stakes of a campaign, will look very different. This article takes most of these definitions of scale and genre at face value, but very few stories end up drawing purely from one source.

My biggest hope is just to help anyone reading this piece to see that context can greatly change the tropes that you utilize in your campaign. The tropes can be very similar and can be the primary element on which you hang your adventure, but that context is going to create strongly unique circumstances.

What other genres of fantasy exist that we haven’t touched on in this piece? Are there any fantasy scopes that you generally avoid? Do you never start on the local scale, or never expand to the epic scale? We would love to hear about your fantasy campaigns below in the comments . . . no, really, tell us about your campaigns!