A couple of weeks ago, Wizards of the Coast announced big changes to its organized play program. All of the adventures are now just Adventurer’s League; before, they’d been split between the new player geared Encounters and the continuing play Expeditions.

The change was a lot deeper than the name–the whole focus of the program changed. The modules were originally limited to public play (mostly at stores and conventions), but the Dungeon Masters Guild announcement opened the modules up to purchase by any play group.

Wizards partnered with OneBookshelf to create a custom store dedicated to D&D called Dungeon Masters Guild. If you’re familiar with Drive Thru RPG, this is a sister store that will feel very familiar.
The Dungeon Masters Guild has a bare bones explanation page featuring a discussion of legal rights, responsibilities, required disclaimers, what things you can borrow when you’re writing your own adventures, and many other behind the scenes details for writing for the guild. 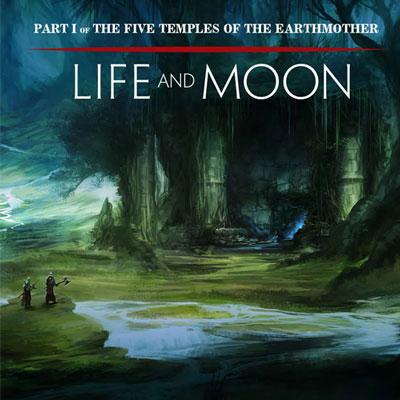 The exciting new thing about the Dungeon Masters Guild is that it (and the new SRD) allow anyone to write 5e compatible supplements. Third party supplements like the new Encoded Designs module, The Five Temples of the Earthmother Part 1: Life and Moon are pouring into the store.

He not only posted about the Dungeon Masters Guild and underlying licenses, he experimented. In Trying Out The DM’s Guild Rob uploaded The Grey Tyrant, a Warlock pact he’d previously worked on and discussed on his blog. He encountered a few stumbling blocks along the way, but the key lesson is that uploading a file and creating a product are two separate things in the guild. In a later post, he discussed branding in the Dungeon Master’s guild, given the lack of a publisher field (other than the Dungeon Masters Guild, which is listed as the publisher for everything). Can’t Eat Just One discusses how to make your products pop and look related. The Power of Rectangles is a quick post that demonstrates an approach to visually linking various titles together.

Thanks for scouting the terrain for us Rob!

Back to Organized Play

Understanding the exact contours of the new organized play is ongoing. Battleground Games & Hobbies wrote an article strongly favoring the changes, called Are the D&D Organized Play Changes Good for Your Store?.

A store centered discussion about the changes springboarded from the article in a facebook Adventurer’s League post, where both pro and con points of view are well represented. The predominant viewpoint at the moment seems to be “wait and see”, but some stores are discussing scaling back or eliminating D&D’s public play altogether, while others are crowing about breaking the shackles of Wednesday night Encounters.

The next season Adventurers League season is set in Ravenloft! 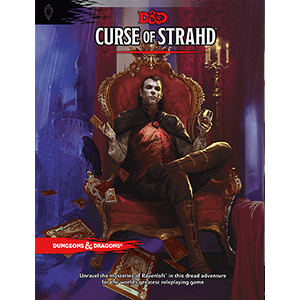 The biggest change for many stores is that the materials for the Adventurer’s League are no longer free to stores and conventions. Instead of Wizards paying for the module up front, purchases from the guild will pay future module writers. From the upcoming season on, stores will be provided with a new PDF launch kit. The launch kit is intended to replace the Encounters material (which is currently a portion of the released hardback book) with 8 to 12 hours of custom material.

No one is confident about how this is going to shake out. Stores are looking at their models for public play; will players come for public play if they can run the same module for their friends in their living room? There’s the new cost for the module to figure out; most public play programs are already in need of GMs and will be leery of alienating GMs by adding expense to the list of discouraging factors. But many stores will be reluctant to simply absorb the expense of buying modules to support a program that doesn’t have an income stream. Some stores already charge for table space, the new module expense will either require an increase in the table fee, or will cut into their profit. For the next month, it’s guesswork on everyone’s part–March will feature the release of the new season’s storyline (also in Ravenloft), the new hardback (Curse of Strahd), and the new Launch Event.

When you visit your local store, expect things to be a little off kilter while everyone waits to see how reality matches the new information and plans adjustments.

The Dungeon Masters Guild, Public Play, and You

Have you been following the new developments? Have you already purchased anything from the Dungeon Masters Guild? Character options seem to be riding high in the most popular items so far–do you think you’ll allow them into your games? Are you shopping more as a GM or player right now?

If you play Adventurer’s League, are you looking forward to the new Ravenloft season? Is there anyone who has already purchased Adventurer’s League modules to play with their home group? (I’m a fan of Secrets of Sokol Keep–it was already one of my Hip Pocket Games.) What do these changes mean for you and your local game store? Let us know in comments!