A ClichÃ© At The Gaming Table Isn’t Necessarily ClichÃ© 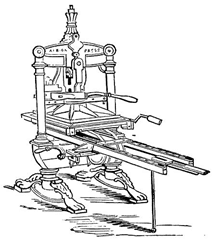 Recently, a friend of mine said they were tired ofÂ  “righteous paladins, knights inÂ  armor that have dragons on them, mentally tortured vampires, orphaned revenge seeking samurai, the “chosen ones” or every lone wolf character EVAR in role playing games”.Â  Yeah, those are pretty standard characters in a lot of games, and as stereotypes go they are pretty clichÃ©. But then I got thinking, what is so wrong with that?

Mind you, I’m definitely a fan of the unique character concept and any game system that doesn’t fenceÂ  you into a particular type, but is it really clichÃ© when its atÂ  your gaming table?

What’s a ClichÃ©?
Our friend Wikipedia defines clichÃ© as

A clichÃ© (US: /klÉªËˆÊƒeÉª/ UK: /ËˆkliËÊƒeÉª/, from French), is a saying, expression, idea, or element of an artistic work which has been overused to the point of losing its original meaning or effect, rendering it a stereotype, especially when at some earlier time it was considered meaningful or novel.

It also says that clichÃ© originally comes from slugs of words that were used so often in printing that they made special slugs of them, so that they didn’t have to rebuild them every time they used them. Awesome trivia. Now that we’re on the same page, lets continue on.

Is the concept clichÃ©?
So a player approaches the Game Master wanting to play a righteous paladin, womanizing thief, brooding vampire or orphaned lone wolf.Â  Its certainly been done before, but is it clichÃ© at your table? Has it been done in your games? When character creation for a new game rolls around my players usually go for the splat books and additional materials to start building their characters. Rarely do they startÂ  making the characters that fit clichÃ©s. Seeing a fairly standard thief would actually feel unique to me at this point.

Is the actual character cliche?
Is the player doing the clichÃ©Â  in a unique way or with personality?Â Â  I had one player who always played core D&D classes, or stereotypical characters for whatever genre we were playing in. Oriental? He was a lone wolf samurai. Super hero? He was a super strong, cape wearing, flying invulnerable. While this sounds pretty boring, he was an incredible actor. He brought a great unique personality to each character and over-rode the stereotype of the concept. He just used the clichÃ© as a building block. A nice starting ground to build upon.

Is the clichÃ© a bad thing?
Some players use a clichÃ©d character as a way to help them participate in game without putting too much effort into it. Some players are more imaginative when it comes to acting out their character, not building it. Some players might be a little intimidatedÂ  by a new system, new group or by being new to the role playing experience in general, and want to play a concept that everyone is familiar with. Sometimes a player sees something awesome in another media and wants to recreate the experience.Â  All of these are reasons why playing a clichÃ©d character might fulfill a players wants, and they are all valid reasons why the clichÃ© isn’t a bad thing. After reading or watching LOTR I know I’m all tingly about using a ranger from an ancient bloodline or running a quest where the party escorts an artifact to its inevitable doom. It’s been done before, but its still fun.

So what do you think about clichÃ©d character concepts? I was surprised by my friend’s reaction. It never seemed like a major problem to me, but the more I asked, the more I found people disliking anything non-unique. Are they of no concern in your games, or do you groan when you see the character sheet? What clichÃ©s are your favorites or favorites to hate?Â  Which ones are the ones you play or would play if you thought your group wouldn’t think you unoriginal? 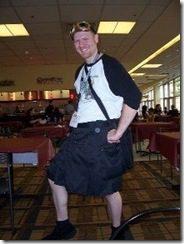 When this posts, I’ll be at the wonderful Origins Games Fair, running games and meeting with people. I won’t be able to answer comments in a timely fashion, but I’ll definitely be looking forward to them when I get back to the internet.Â  If you will be at Origins and want to say hi (please do, I love meeting Gnome Stew Readers)Â Â  I can be found through any of the Silvervine events in the Franklin room, or by finding the guy wearing a kilt and goggles.