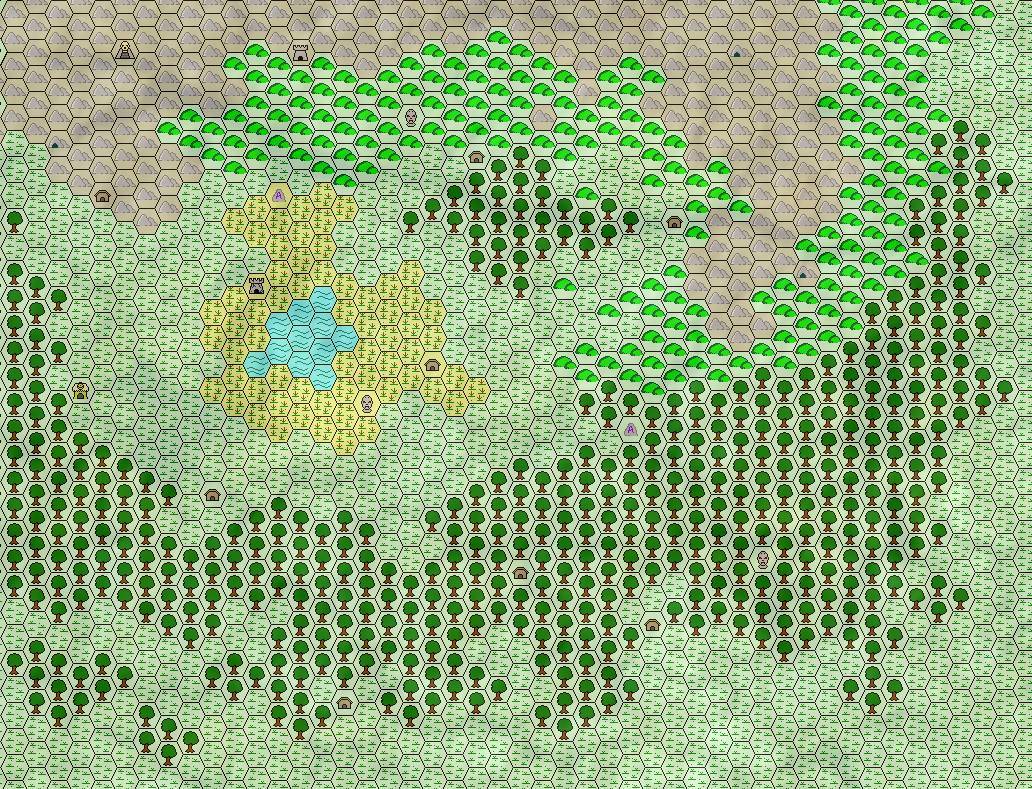 This article is a companion piece to the earlier article 100 Dungeon Descriptors Table. Just like that article, it’s a d100 list you can roll on for random descriptors. This time it’s for overland areas. Roll a few and see if it inspires you, or roll a few for an overall area and more for sub-areas.

Note: Dave Woodrum of Fishwife Games was inspired by this example and made me a the matching map,Â seen above! We’ve featured some of his cool gaming productsÂ on Gnome StewÂ previously.Â