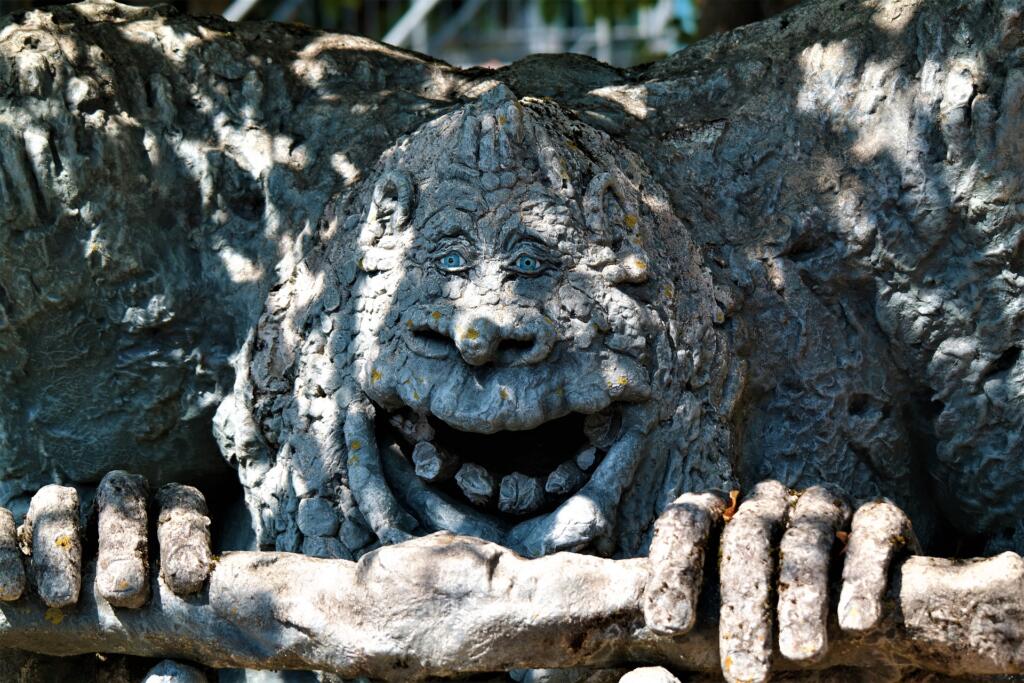 Back in March of this year, I wrote a series of three articles about PC backgrounds. You can find part one [1], part two [2], and part three [3] with their respective hyperlinks. Today, I’m going to be talking about NPC backgrounds. You’ll notice that this is going to be roughly one-third the size of the PC background series. That’s because GMs have enough to do without creating a five-page dissertation on the NPC’s past starting with their first memories and leading up to today. This means that we’ll be tackling some “quick ‘n’ dirty” backgrounds for the NPCs.

How Much Is Too Much?

It’s all about return on investment (or return on time, which is more accurate for what we GMs are doing.) If an NPC is going to be frequently recurring or even traveling with the party for a while, then I delve a little deeper into the NPC’s backstory. I won’t go the total depth like I do with a PC, but there’s some good stuff in there. Borrowing from my PC background series, I’ll briefly sketch out the following details:

This is about the max that I’ll do. It’s gotta fit on an index card, or I won’t use it at all. Basically, if I can’t flip to their card and remind myself of a detail within a handful of seconds, then I’ve developed too much information for the NPC.

Â It’s all about return on time.Â

If I plan for a character to have less “screen time” with the party, then I’ll drop a few of these off the list, starting at the bottom of the list. Sometimes the NPC’s goal and motivation really don’t matter to their interactions with the PCs.

If you need to prepare more information than what’s on my list, that’s fine. Some people need more to hang their hat on. However, I would urge you to ensure whatever quick reference system you’re using allows you to ingest all of the details about an NPC in a single glance. (I’m about to make Phil SO happy about this next statement.) Index cards are your friends. If you can drop the information in a legible format on a single side of an index card, you’ll be doing just fine.

How Little Is Too Little?

Â If you struggle with the quirks aspect of NPCs, turn to a search engine.Â

Using my list from above, my minimum NPC prep for one that I know I’ll be using (beyond “transactional NPCs”) will be the first five bullet points. Once I have a quirk down on the list of minor details about the NPC, I’m good. I’ll stop there. If I stop at the physical details, I know the NPC will come off as a “cardboard cutout” of a character, and that’s the best they’ll ever be. Just by throwing in one quirk, I’ve given the NPC some personality and a detail for the PCs to remember the NPC by.

If you struggle with the quirks aspect of NPCs, then hit our benevolent information overlords… Er… I mean Google, and search for “rpg random personality quirks”. You’ll find a whole slew of options to pick from for generating some quirks.

If you’re creating an NPC (especially if you hadn’t planned on creating many details about them) and that NPC is a “one shot” NPC, then it’s perfectly fine to turn to the countless “random NPC generator” tables, web pages, and so on that will create 3-5 little details about the NPC to make them a little more flavorful.

If the random table(s) you’re using only determine height, weight, eye color, hair color, and one physical affectation, then I’d recommend moving on to a different set of tables or adding to the resources that you’re using. While physical descriptions are fine for some basic characteristics, they really don’t define the character and how they act toward the world and react to stimuli. I’d much rather know that an NPC is brave and impulsive than knowing that they are tall and fat.

How Did You Meet?

This is a great opportunity to leverage the creativity and imaginations of the players at the table. If they invent a situation where an NPC is introduced to the party or just flat create the existence of an NPC on the fly, don’t panic. You don’t have to stall the game while you create an NPC from random tables or think too deeply about the NPC’s goals and motivations.

Â You truly want to use leading questions here.Â

Simply ask the player the created the NPC a simple question: How did you meet [insert name/label here]?

Of course, this isn’t going to go very far because it’s open-ended and non-leading. You truly want to use leading questions here. Give them some bait to entice them to bite deep into the “backstory hook.” Here are some sample professions for NPCs and how you can lead a player into a brief introduction of the NPC.

Barkeep: Why did the barkeep throw you out that one time?

Grocer: What did the grocer do when he caught you stealing an apple from him when you were five years old?

Weaponsmith: You apprenticed with the weaponsmith for a few months, but things didn’t work out. Why not?

Stablemaster: You helped save every horse from a stable fire when you were a wee lad. How did the stablemaster reward you?

Innkeeper: She caught you kissing her little brother/sister when you were thirteen. How did she react?