Over the last few years, I’ve been a fan of creating worlds together or otherwise drawing players into world creation. Our big crusade against the Evil Dwarven Empire was based on a world that we created together, using Dawn of Worlds. When we tried out Diaspora, we only got as far as Cluster Creation, but that alone was fun. Our Primetime Adventures game, Time Preservers, was a show that we created at the table–nothing any of us could have come up with alone. 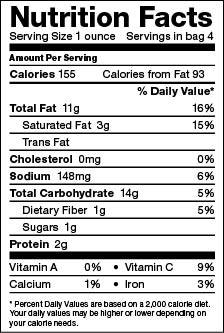 Practicing collaboration has been good for those collaborative games, but I’m losing my edge as both a player and as a GM for traditionally pitched games. There’s a skill to reading a game description, and even more skill involved in crafting good game pitches.

Phil’s All for One Musketeer game sounded awesome… he even made opening credits! Similarly, Martin discussed running a pitch session way back when he was writing Treasure Tables. It’s all good advice… and necessary, since you need to get the idea out of one head [the GM’s] and into the group’s pool, where everyone can get excited by the idea and build on it independently.

You can see some of my struggle in the 1980s dystopia setting. I built everything backward; from the details of skills and out to the world. If my players had been as experienced with Fate as I’d been imagining, that might have been the way to go… no, not really. I was also suffering the “GM with a story” bug, emulating a book too much.

As a Player
Last week I tried out a game that a friend was running. He sent some cool background information (journal excerpts) and we gathered to make characters. What I thought he was telegraphing was way off from what we played. I was delving into the world’s history and building a character that way… missing that the whole focus was to get us engaged with the unique setting elements, not randomly wandering the world. Oops!

The same skill is critical when you’re attending a con, and you’re trying to figure out which game to sign up for. Good specific pitches get everyone on the same page–at the table playing a game that has everyone excited. I you want courtly intrigue, you’ll be disappointed when it that’s just the frame for the beginning and end of the dungeon crawl. The opposite can be just as bad: looking for some light combat, or being ready to exercise your fun build, when you hit hour three of negotiations.

But There is Hope!

For some good advice, listen to the wisdom in response to Martin’s request. Or read Razjah’s 7 simple rules for a pitch session.