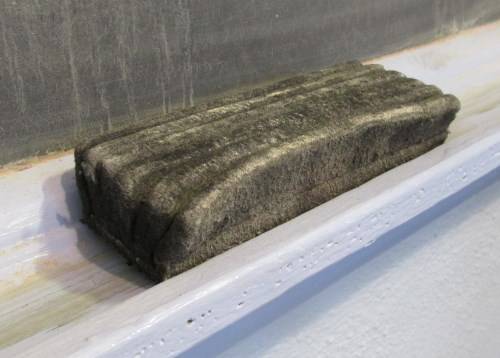 There are two ways to approach a campaign: open-ended or finite. Some groups go on for years and years with the same characters. Others end and reboot with new, lower level characters. This finite option can be traumatic for players. They’ve grown attached to their characters, and their characters have grown quite powerful. Leaving them for the unknown can be hard.

Recently, as the GM, I decided our campaign needed a restart. In this article, I’ll share some of my reasons for it, and my plans going forward. I don’t usually write columns from such a personal perspective, but indulge me if you have the time. Even if you are not considering a restart any time soon, perhaps some of my concerns may help you avoid similar issues in your campaign.

One reason to consider a restart is when characters become too powerful. For example, in our game, our thief had maxed out his skills at 99%, and our monk (when hasted) was like a blender. He took down a King Kong type monster in two or three rounds. While that’s a lot of fun, it was becoming increasingly difficult to provide the party with meaningful challenges. Even some of my players admitted that combat was getting a bit predictable.

Another reason to consider a restart is when a major storyline concludes. For example: after saving the entire world from the return of a legendary evil dragon, well, everything else may seem like small potatoes. Sure, one can just keep throwing larger and large threats at them, but that feels like building a second Death Star. A bigger bad guy doesn’t necessarily make for a better campaign.

A last reason to change is to adjust the flavor of the game. As a GM, I love to surprise my players with unexpected elements. They’ve fought stormtroopers while Spelljamming, explored a Face on Mars site, and even dealt with a Godzilla clone. It’s all been fun, but perhaps a bit too much. Even the unexpected can become routine. Also, some of my over the top elements (well, maybe more than some) may have taken the limelight away from the PC’s, and ultimately the players. Perhaps this problem is specific to me, or perhaps you’ve let some elements get out of hand in your campaign.

A new campaign is a chance to clear away all of the excesses of the past. But that’s not enough. It’s important to have a plan to move forward, a roadmap for growth.

The first part of my plan is to cut the cord with the old campaign. There will be new characters in a new locale far away from the previous campaign. Also, I’m only planning the first adventure or two. I want the actions and goals of these new characters to drive the campaign. I’m not only cutting the cord with the previous campaign, but my own process of planning out sessions and sessions in advance. I want this to be something we build together.

The second part of the plan is to limit the strangeness. While I don’t want to run a dour, humorless campaign, I don’t want to be known only as a “fun” GM. I want to be a better one. Limiting my choices of NPC’s and monsters to more believable ones is a start. Even magic items will be less common. If players want an item, we’ll turn it into a quest rather than just placing it in a random monster’s hoard.

The last part of the plan is to keep most adventures firmly rooted in the characters backstories and goals. I’m hoping to use my NPC’s to draw these goals from the players through conversation. Hopefully that will provide ample inspiration for session planning. Along with making my job easier, it may help increase their emotional investment in these new characters.

Obviously I have no idea how all this will play out. I’m not the only party involved. I certainly have some concerns. Will my players miss the wacky, fun elements? Will I seem like a stingy GM with magic items? Will they provide me with enough character-based adventure hooks? Will they bond with their new characters and my NPC’s?

Even without answers, we have to move forward. I’m very worried about stagnating as a GM. Where we’ve been has been great, but there are unknown paths to explore. Luckily as GM’s we don’t have to walk those paths alone. That’s why we play in the first place.

How about you? Any thoughts on how you’d like to grow as a GM? Any spots where you think I’m off-base on all this? Let us know below.

10 Responses to Wiping the Slate Clean