Whose Campaign Is It, Anyway? 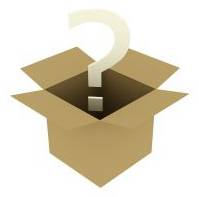 When I was writing “My Players” and “Your Players,” Not “The Players,” this question was also kicking around in the back of my head, and it seemed like it was meaty enough for its own article:

Whose campaign is it, anyway?

In other words: When you run a game, is it your campaign?

In terms of how you refer to it in conversation, I’d wager that — like every GM I’ve ever met — you refer to it as “my campaign” or “the [something] campaign,” and when you’re a player talking to your GM, as “your campaign.” That’s what I do, and it’s convenient: that way, you can’t mistake which game you’re referring to.

But on a deeper level, how do you think of the games you run? As “yours,” “ours,” “theirs” — or another way entirely?

On the one hand, GMing is more work than playing, so it might be fair to think of a campaign as being yours. But on the other hand, without your players, and the shared stories you tell around the gaming table, your campaign wouldn’t exist.

For my part, I’d have to say that while I think of campaigns as “mine,” the ones that have gone best have been the ones where I focused most on my players — in other words, the ones that have, in a way, been the least “mine.” But I’ve never given that much thought before — and looking back, I wish I had.

As I think about it now, all of the worst games I’ve run were focused more on my interests, or on something I had in mind that would be cool, rather than my players’ interests, and what they might think was cool. And it can be an easy trap to fall into — especially if you don’t know that it’s a trap at all.

So how about it: Is this just more musing about semantics, or have you noticed a similar difference between campaigns you conceptualize as “ours” rather than “mine” — whether consciously or unconsciously?

24 Responses to Whose Campaign Is It, Anyway?