When Your Game Doesn’t Mean Anything 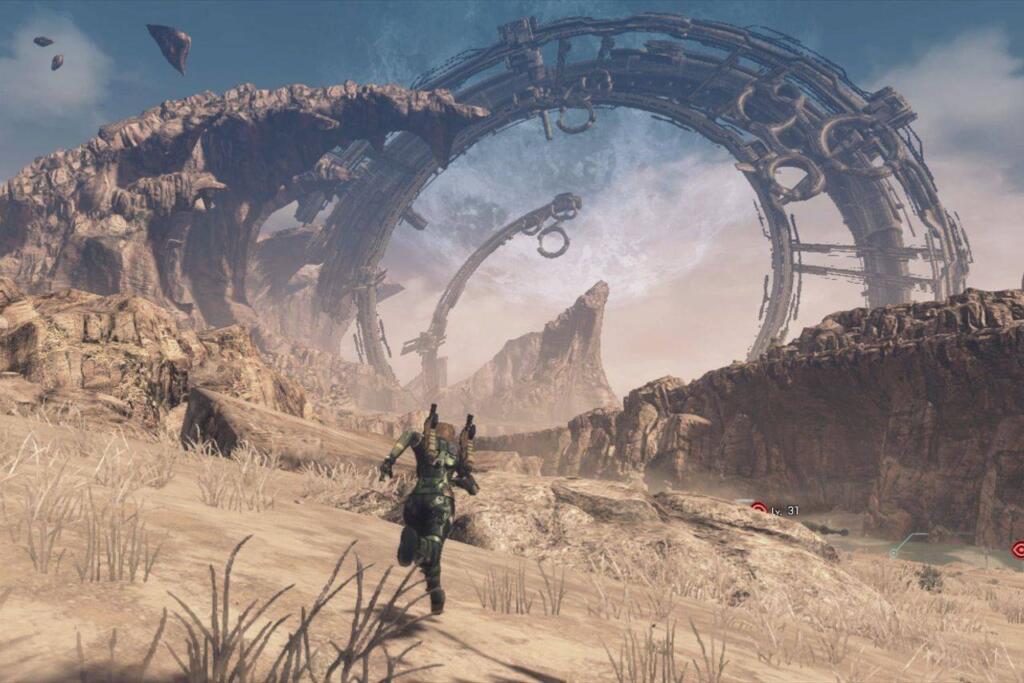 For all the interesting elements, set pieces, and story of your game, if it doesn’t mean anything to the players, then it means nothing.

When I think back about the games that have been the least fun for me as a player, it’s always when there is no meaning to my actionsÂ — when it feels like I have no real effect on anything or when the story I’m engaging with has a pre-defined ending that I can’t affect. These sorts of games have often been railroad-y, but not always. Sometimes they are wide open sandbox games where the players can do anything, but it never seems like anything the players do affects the world or the story going on.Â  I’ve felt this way in more than a few tabletop games I’ve played over the years, but I didn’t really have a good sense of the problem of a game not meaning anything until I recently played a video game called Xenoblade Chronicles X. That game gave me the perspective on a game being great, but having no meaning. A beautiful landscape full of incredible things to discover, pretty good mechanics and cool character options abounding, an interesting story that unfolded based on what I did as the character and in the order I chose – all the hallmarks of a game that I would really enjoy, but in the end it had no meaning. For all the openness and options, it felt like I was just along for the ride, even though I was driving the game.

This made me reflect on tabletop games that I’ve been in that have suffered from that same issue. Despite hitting all of the right benchmarks, somehow the games didn’t feel like they had any meaning to my character and to me. I’m currently playing in a pretty old school, dungeon crawl heavy sort of game based off of Lost Mines of Phandelver, and while the DM is pretty straight to the core rules and we’re playing almost exactly the stock game, there is a subtle essence that makes it feel like it means something. It’s enjoyable, it’s fun, it hits all the well played notes so well it would be Call of Duty #897 if it were a video game –Â  but it’s fun and it means something.

What Does it Mean To Mean Something?

Nailing down exactly what makes a game have meaning is hard. It’s such a subtle thing, but as it relates to Tabletop RPGs, and most media,

Â Meaning something means that the game has to mean something to the players at the table. Â
it’s all about the audience. How do you make a movie hit the right beat to get the audience to buy-into it and get affected by it. Tabletop RPGs have an interesting benefit in this aspect, as we get immediate audience feedback and engagement and the audience helps make the game. The developers of a video game would not throw in elements that had no meaning to the audience if they knew the audience wouldn’t care about them. If they did, they would be designing it for themselves and not the audience. That’s fine, if the developer is the only one playing it. With the benefit of being able to watch the players, the game master gets to see what elements they are excited about or interested in and change things on the fly to get the players more engaged.

Meaning something means that the game has to mean something to the players at the table. If the elements that are out there in the world of the story aren’t interesting or don’t have any relation to the players, then they don’t mean anything. The incredible world settings, the epic monsters, the incredible treasures and schemes, have no meaning unless the players are interacting with them and affecting them. That doesn’t mean a game master shouldn’t sit down and develop an incredible world setting or intricate plot, but they should understand that they might be doing all that work for themselves and it might never be seen or appreciated by the players. It’s great to have an encyclopedia of elements you can grab from, be it a published setting that is cool to read or your own notebook of coffee fueled “these 7 types of elves are awesome!” ideas, but until they have actual relevance to the players, they don’t matter. In other words…

If you are at all familiar with the theory of object permanence, you know that we have to develop the idea, as babies, that objects exist outside of our ability to perceive them. When it comes to thinking about roleplaying games, we almost have to reverse this idea. The things we make only matter when they relate to the players. There is a small bubble around the characters that embodies all of the existence of the game world, and if something enters that sphere, then it should matter in some way to the people generating the sphere or reality – the players. Those unrealistic scenes in movies or stories where the villain just happens to be the sister of the main character, even though the main character was brought into the conflict for completely unrelated reasons, it just made a better story for there to be meaning between the villain and the protagonist. That’s what matters, when the elements in the game mean something to the players, even if it stretches what is realistic.

How To Make It Have Meaning

Meaning is subtle and personal, so to make an element have meaning for your players you’ll have to consider the players, their goals, and the aspects of their characters individually. However, there are some pretty broad spectrum ways to craft your game to make it easier to have meaning.

Not every game element has to have a player-focused meaning. In fact, if the players operated with a Midas Touch of meaning, and every element that theyÂ ever come into contact with was suddenly of worldwide importance, the game would be tiring for both player and game master. However, making sure that the players are interacting with a meaningful world that connects to them is far better than merely misting through a world as a spectator. Consider the meaningful elements of your game and how they connect to the players, and decide if you should pay more attention to making the elements of your game connect to the players. You’ll likely find there are places you can pull back your efforts and places where putting in more effort will yield better results.

What was your least or most meaningful experience as a player? How do you craft the elements of your game so that they have meaning when you are a game master? What makes a game element have meaning to you as a player?

8 Responses to When Your Game Doesn’t Mean Anything