When You Show Your Players a Flying Cat… 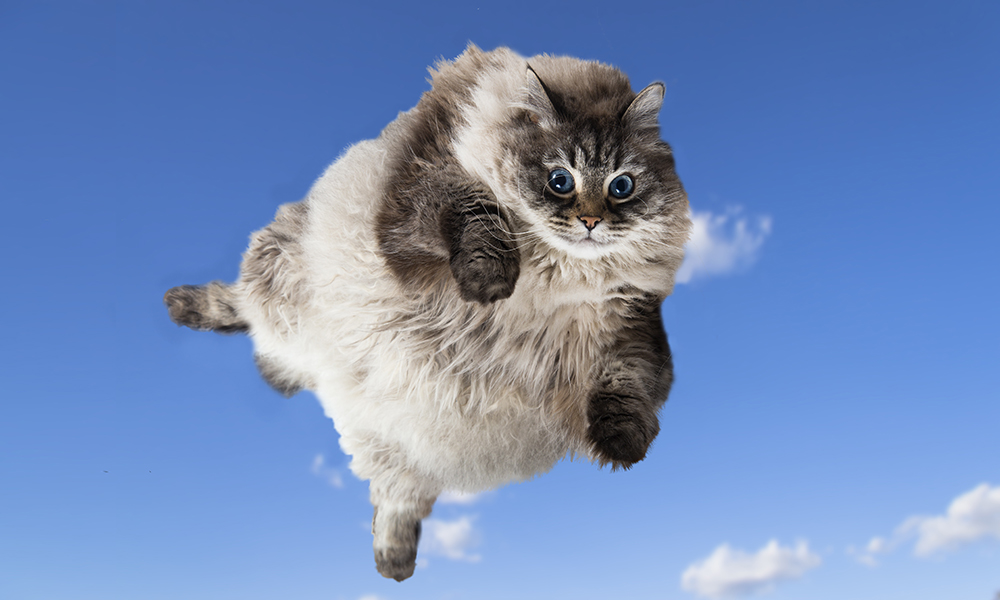 I’m not sure this cat wants to be flying, but I really want to snuggle him.

A couple weeks ago, I gave the players in my D&D game a mystery that involved some Tressym fleeing the Feywild and the bad things hunting them. Just to be clear for those that may not know, Tressym are essentially flying fairy cats. By the end of the session, they were less concerned with the bad things they’d just defeated than they were with trying to figure out how to convince a Tressym kitten to stay with them.

When you show your players a flying cat… they’re gonna want to keep it.

Â When you show your players a flying cat… they’re gonna want to keep it.Â

Let’s be honest and a little more helpfully broad here. When you put something cool in front of your players, if there is any way possible to do it, they are going to try and hang onto it. This seems like a fairly obvious thing to state, but many an inexperienced GM has dropped a cool thing in their game and then had to scramble to figure out how to handle the PCs wanting to keep the cool thing. I say this from experience, because I was once that inexperienced GM.

About thirteen years ago, during the first campaign I’d ever GM’d, I was running a Mutants & Masterminds supers campaign. During the previous session, the PCs had gone to Las Vegas to stop some bad guys from kidnapping some unsuspecting innocent people. For the next session, I decided to have a hero-obsessed casino mogul invite them to a gala event where they’d be honored for doing good deeds. It was more or less an opportunity to do some fun RP scenes with the PCs mixing it up with high society in glamour and glitz obsessed Vegas.

The action portion of the session came when a pirate themed villain, complete with pirate airship, attacked the event like it was some high seas treasure ship in the middle of the neon desert. All things told, it was a fun encounter, with plenty of super-heroics and swashbuckling. As with many times during those early days as a GM, I underestimated my players and the bad guy wasn’t able to get away. This, of course, left one really cool airship flying a skull and crossbones flag at their fingertips.

Today, I would probably have had the LVPD impound the airship since they were hauling off the would-be thieves anyway, but back then, I wasn’t able to think as fast on my feet. At the time, I was learning how to roll with the curve balls my players threw me, but I was still pretty squeaky new back then. I couldn’t think of any reason to not let them take the airship, so the super team got a unique vehicle of their own.

It’s crucial to remember that your players are going to try and keep any of the nifty and shiny things you drop into your games. When you’re inclined to put something shiny in your game, or are unexpectedly faced with your players trying to keep a nifty thing, ask yourself a few questions: 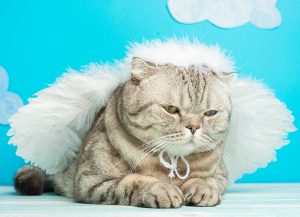 “I don’t think this is what the designers had in mind when they made the Tressym.”

Is this going to unbalance the game? If you’re playing a fantasy game, this can often happen with magical items. You throw some cool MacGuffin into the game for plot purposes, but then have to scramble when your players don’t want to turn it over to the random quest giver. If it’s a particularly powerful magical item, this can really mess with the balance of your game. If you absolutely need to put a powerful MacGuffin in your game, make sure you have a contingency plan in place. Maybe they get branded as thieves for keeping the item. Maybe the item has some magical property that can influence someone else to take it.

Is it going to change the tone of the game? For some folks, that pirate ship could have been a bit too ridiculous for a standard supers game. I’m not sure I would allow it today, but I was also experimenting with tone back then. Whatever the item is, if it has the potential to change the tone of your game, you’re going to want to be careful letting your players keep it. I’m sure there were plenty of GMs in the days of yore who let some bit of tech into their fantasy game because it seemed cool and then ended up regretting it.

Is it going to damage their trust in you if you take it away? Players get very annoyed at GMs that dangle interesting things in front of them, but then yank them out of reach. Be very sure that there is harm in leaving the item with the players before you take it away from them, especially if you don’t have a smooth plan in place to make the thing disappear. Worse comes to worst, be honest with your players if you’re feeling like you’re struggling with that item remaining in the game. Sure, it can break the mystique of GMing a bit, but if the item is really going to break the game, they’d probably rather work with you to save it than have the once shiny item ruin an otherwise fun game.

Ultimately, if there’s no real harm in letting it stay in the game, let them keep it. Getting to hang onto that shiny thing invests the players in the world they’re building with their characters. Sometimes it’s just worth it to see the gleeful smiles on their faces. Just as they say to never put a bad guy in front of the players you’re not prepared for them to slaughter, don’t put a cool thing in front of them that you don’t expect them to try and keep.

As of writing this, my players currently have a gangly Tressym kitten bonding with the ghost in their tavern while the neighboring elf herbalist is helping the rest of the fairy cat colony get set up safely in their neighborhood. They not only got to keep their flying cat, they brought its family along, too.

8 Responses to When You Show Your Players a Flying Cat…