What Game to Run? 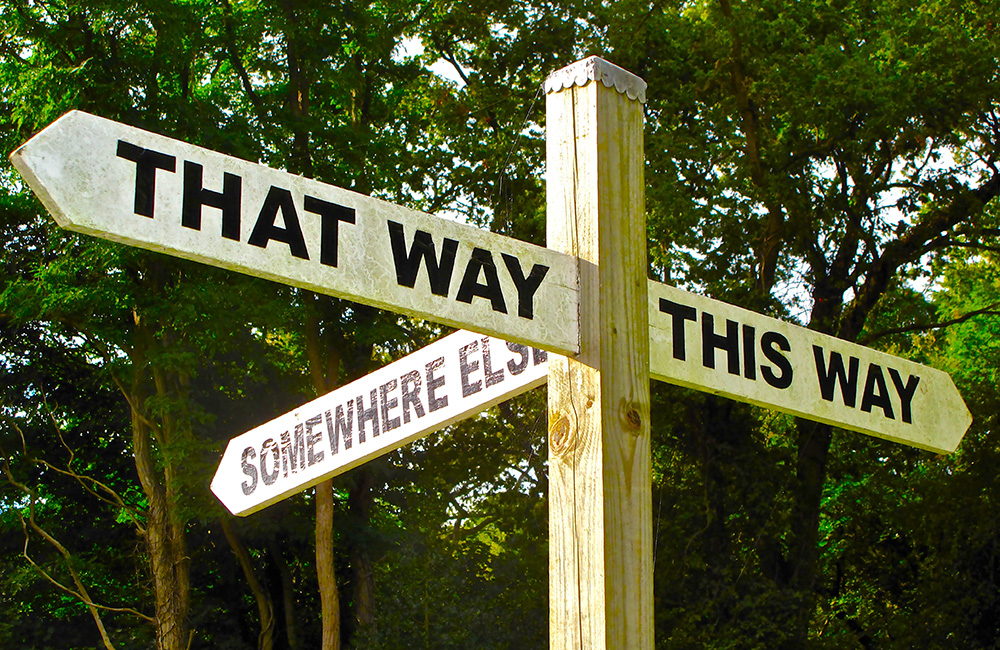 Which way do we go?

Recently in one of my groups, someone offered to step up and take a turn running a game. He’d needed a break last year, so several other members of the group took turns running. Now he’s refreshed and ready to GM again. But he didn’t really have a particular game in mind, so asked the group what we wanted to play. As expected, the response was a resounding, “I don’t know. I’ll play anything.” I quietly winced because I’ve seen this happen soooo many times in my thirty-five-plus years of playing roleplaying games. It’s almost as bad as trying to pick a restaurant for the evening!

It’s super important for any game group to align what the GM wants to run with what the players want to play. Any time those things don’t synch up, the game is usually destined to, at best, fade into obscurity as no one is excited to play, or create drama in the group as no one is happy with how the game is going. Sure, there are occasionally magical moments where the GM falls in love with a game they didn’t really want to run but did it for their players, or a player gets happily engrossed in a game they didn’t think they’d like, but let’s be honest. Those are the exception, not the rule.

Now, none of this is against my friend who is stepping up to run. I’m grateful he’s stepping up as it means I get to go back to being a player, and I also understand where he’s coming from. He truly is open to running something the players are interested in and doesn’t have a specific idea for the game, but the way it was phrased was too broad, too open. The scope of what is on the table, figuratively and literally, needs to be narrowed down.

So what to do when it’s your turn to run?

To sum up, we live in a time where there is an abundance of wonderful RPGs to play and run, so when offering to run for your group, be clear about what you’re willing to run, whether it’s a very specific campaign idea or an option of a few different choices.

What are your experiences with pitching game ideas to your groups?