One trait for your villains is how they influence the world. Is your villain the King of Latveria, issuing public decrees and whipping up his people into a genocidal froth? Does no one know who turned the nobility to the worship of Asmodeus? Some villains are subtle, barely detected in the shifting of alliances and minor tweaks to the laws of the land, while others are brutally direct. 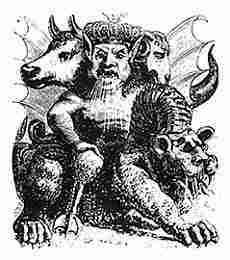 Providing your foes with a mix of power manifestations can help to differentiate them. Struggling against unknown foes can be tremendously wearying–you don’t know who to trust, how to identify the enemy–unending paranoia can result. For some games, this is exactly the atmosphere you’re aiming for… but even for mysterious games, mixing in directly solvable problems can give the players a sense of direction and progress that keeps them from giving up.

Changing a villain’s manifestation of power can reveal quite a bit. If the foe used to strike directly, but now leads a coalition against the PCs, perhaps that’s a sign that the villain can’t keep up with the growing power of the PCs. Maybe that the villain finds it difficult to recruit replacement soldiers–the short lifespan isn’t a great recruiting pitch. If a formerly mysterious foe suddenly sends creatures of nightmare wrapped in his shields bursting through your window, you know that something has changed.

Let’s look at one type of foe and see what the approach tells us about the villain. We’ll start with foes who manifest their power openly and act directly, “brass knuckles”.

MO: What are Brass Knuckles up to? You never have to guess; they don’t bother to hide what they’re doing.

Traits: “Brass Knuckles” tend to be the authority in the region, or have some kind of close relationship with the authorities that allows them to flout the law, allowing their agents to assault you in broad daylight.

Advantage: The PCs know who their foe is. If they’re feeling their oats, they can storm the castle. Usually, though, the power differential blocks that as an option. Still, the PCs know when to duck for cover, and the alcalde’s men had better watch their backs.

As a player, it’s good to know the blackguard who is causing your characters such hell. “Brass Knuckle” foes are great for releasing the tension that can build up in a layers of intrigue game. It can be cathartic to know that the men you’re killing are the baron’s men. Each clash, each time the villain’s power is thwarted, it ratchets up the conflict.

Relative Power: Brass Knuckle villains and their organizations tend to be overwhelmingly powerful for the PCs–that’s why they don’t bother to take precautions or hide their attacks. Sometimes the villain miscalculates and the players aren’t as outmatched as she thought, but often a foe like this is best attacked piecemeal. They tend to have lieutenants and lots of soldiers whose deaths can further infuriate the villain…

Other Brass Knuckle villains aren’t personally powerful, but their position gives them access to troops, the king backs them, or the law will never convict them. These direct but less overwhelming foes can be a source of temptation; if the PCs do manage to overcome him, dare they leave him alive? If the foe can’t be beat under the rules of the game, it might be time to change the game–but can you keep your honor in doing so?

Turned Tables: Because a brass knuckle’s power is often tied to their legitimacy, destroying that legitimacy can be a satisfying way to defeat them. If the problem is that the King backs the Baron unconditionally, providing proof of treasonous activities might win them a king’s writ and a detachment of men for a midnight assault on the baron’s estate. Similarly, if the thieves’ guildmistress mistreats everyone, her lieutenant might betray her to advance to guildmaster. He’ll even owe the PCs a favor.

Who was the last “brass knuckled” foe you used in your game? Are most of your foes similarly direct, or was this villain a relief from the complex world you’d built?

7 Responses to Villainous Manifestations of Power