I have a problem.

Well, it’s not really a problem, per se. It’s just some sort of weird, mental block.

When playing RPGs of any stripe, I can’t be evil.

Let’s clarify a little bit: when I’m your GM, I will make you cry. I will milk every plot hook out of your background, and I will make you regret every last one of them. I have made entire game scenarios around the question “How can I mess with the player’s heads?” Just when you think you’ve caught me zigging with the plot, you’ll find out I zagged so long ago that your zigging played right into my hands. My players pretty much love this. My evil side keep them on their toes. I reward them just as generously when they do manage to figure out my MUWAHAHAHAHAPlans ™. 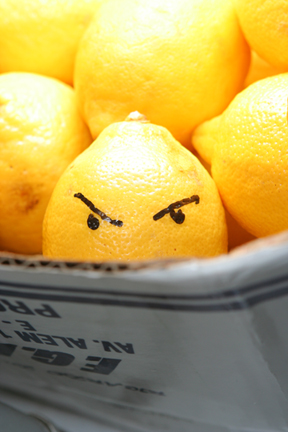 When you look for evil stock images, this is what you get. It amuses me.

You may remember the name Valeria de Valfierno from the story I shared about her turning into a Val-cicle and shattered (she got better). I loved playing Valeria, and probably would re-created the character is someone started running a Pathfinder game somewhere nearby me. However, I utterly failed at her initial concept: a Chaotic Neutral rogue. Chaotic Neutral characters, as you may know, are pretty much supposed to be a sort of “I do what I want, for myself, I don’t want or need your rules or morals” type. Valeria started her journey trying to track down a man who owed her money, and after only a few sessions was doing good left and right. Random thefts stopped be a thing for her. She started tricking slavers into freeing slaves, bought a funerary feast for a town that had lost people to a magical plague–hell, she even risked her life to save her companions more than once, even the ones she wasn’t fond of.

The evolution of Valeria is a symptom of an underlying “good guy” mentality I have from years of reading fantasy stories. The protagonists, while sometimes flawed and imperfect, try to do The Right Thing.

Now, in a tabletop RPG, there are no “do-overs” for the characters. If you perform an evil act, the GM can scrawl down the words This comes back to bite [PC] in the ass! and it’s onward in the story. What you’ve done is set. Being a bad guy really will mess you up down the road, and you can’t do anything about it.

And then there are RPG-based video games.

Video games are basically the Choose Your Own Adventure books of your console, with a lot more fighting and debates about equipment. You can play them, and replay them, and you can make different decisions, see how they work out for you (or don’t) and load up and old save or start another game and try something completely different.

I’ve been replaying Dragon Age 2 lately, so I’m going to use it and its predecessor, Dragon Age: Origins as my springboard for further explanation.

There are several key choices in Origins where you can screw everyone over:

These are, to me, the Big Three of the Evil DA:O Playthrough. There are plenty of other, smaller asshole decisions you can make, the consequences of which are usually someone else dies horribly.

“. . . . so if you’re a horrible human being, everyone will be even MORE miserable and it’s all your fault.”

Now, one of my favorite things about Dragon Age: Origins and Dragon Age 2 is that you can import your history from Origins into 2. When you do, all those decisions have changed the world of the second game, and give you different quests down the line. So, it really intrigued me that I could have my own canon or two of the world. I decided there would be my “main” continuity, a side continuity or two, and then I would have a “Watch the World Burn” continuity where my characters would be massive, massive, assholes.

For my WtWB continuity, I created a Female Dwarf Noble whom I christened Invidia, after a character created by Jim Butcher for his Codex Alera series. To give you an idea of why, Invidia’s literary counterpart was given the nickname TEBI or, That Evil Bitch Invidia, by fans of the series.

My Invidia still hasn’t made it out of Orzammar, the starting area for dwarves.

I just can’t do it! Thinking about the companions and NPCs I know I’d screw over, I can’t bear the idea of being that much of a monster! You might say “Well, Caitlin, it’s just a game,” but my real-life moral compass is yelling over you “Noooooo! Save the village, don’t extort money from those poor people to fight the monsters you want to fight for XP anyway!” For me it’s like trying to tap into a sociopath’s mindset to make some of those decisions, no matter that the “people” those decisions are affecting are just pixels. When I play Skyrim, I’m bothered that I can’t spare the NPC bandits that fall over and beg for mercy because they just get up and attack me again. I want to be the good guy! I’m not just the protagonist of the story, I’m the hero! I’m better than the average NPC, and I’m trying to make the world a better place, even if that world doesn’t technically exist. I don’t find joy in being a jerk. I mentioned this to my boyfriend the other night his response was “Yeah, when I try to do an evil playthrough I can’t be that mean and I come off as “generic douchebag,”” and who wants to be that guy?

I know that other people don’t have this problem. They find the evil playthroughs to be funny or relaxing. Overall, it’s better be to be evil in an unreality than reality, but I guess there’s something about me that means I don’t want to be either.