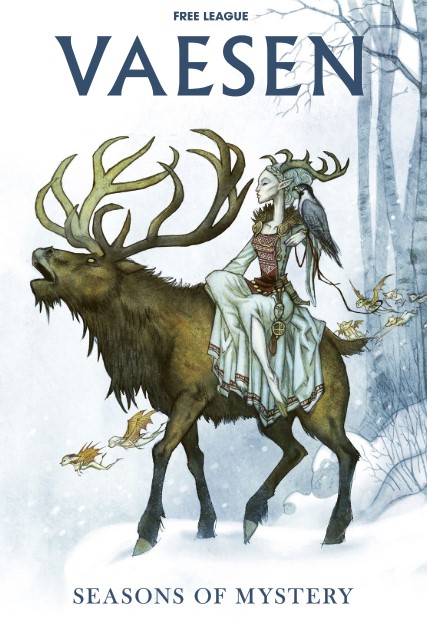 Another year is drawing to a close, with the inexorable march towards Winter, where the world dies and waits to be reborn in the Spring. Or another number ticks off on the calendar as time races by as it has since March 2020 when time quit having any meaning. However you like to view it.

At this introspective time, let us turn towards an RPG product that allows us to track the change of seasons. Today I want to take a look at Vaesen: Seasons of Mystery, an adventure anthology that includes four scenarios, one for each of the seasons of the year. 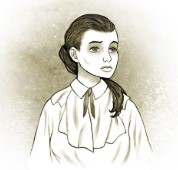 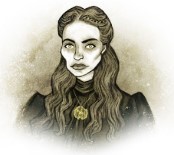 This review is based on the PDF version of the product, which is 104 pages long. The layout for the book is dual columns, and the opening artwork for each mystery is a full-color image in a frame, each using a muted color palette. The rest of the art is line drawings in sepia tones, with lots of illustrations of individual NPCs. There are also maps included for each adventure showing where the adventure takes place and the surrounding areas.

If you have seen any other Vaesen products, this format will be familiar, and personally, I think it’s a perfect fit for the subject matter. It uses visual cues to call back to a specific time period in the minds of modern readers. The monster illustrations are a wonderful balance of whimsical and horrific, and the NPCs often convey the mindset of the character when they are first encountered in the story.

The PDF includes endpapers, a title page, a credits page, a table of contents, a preface, and nine pages of handouts at the back of the book, in addition to the adventure content.

The book is divided into the following sections:

This is not a single narrative that spans an entire year. It’s a collection of adventures that can span a year if you use them consecutively. That really shouldn’t be a negative, however, since a lot of the progressive storytelling Vaesen comes from character advancement and the advancement of the Society’s headquarters.

I’m an easy mark for game content that has a standardized format so I know where to look for certain elements, and Vaesen has standard format for all of its adventures. These adventures include the following elements: 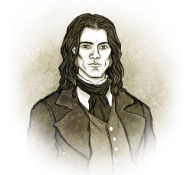 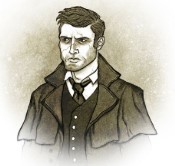 Even when an adventure has a structure that changes these assumptions (the Journey in A Winter’s Tale, for example), there are notes in this format to let you know how this affects the assumptions of the game.

This helps to make each of the locations feel more alive because they have an inertia that exists beyond “everything was fine until the strange happenings started.” The core rules introduce this format and include a sample adventure, but I like that these adventures also provide some clear examples of how to utilize Vaesen’s assumed structure.

I appreciate the content warnings that appear at the beginning of each mystery, although they are very broad. The tags included in these adventures include the following:

While all of these adventures are set in the traditional 19th-century Scandinavian setting for the game (while pushing out a bit to surrounding regions a bit in a few places), there are some notes on converting the mysteries to the Mythic Britain and Ireland setting.

Some of these seem to work really well, because they seize upon similar folklore between the settings, like A Dance with Death and Fireheart, but others, like A Winter’s Tale, definitely feel like they are better served if you don’t convert them away from the assumed locations. 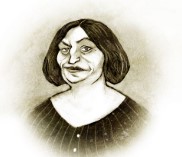 I normally don’t worry too much about spoilers in a review for an adventure or adventure anthology, because most of the target audience is going to be buying these adventures to read and potentially use at the table. That said, I like a lot of the twists and turns in these stories, so I’m going to try not to be too flippant about mapping them out.

A Dance with Death has a fun twist, because while it’s dealing with some familiar tropes, like a creature that drowns people close to its domain, and magical music luring people to their doom, a lot of the action in the story is undertaken by human beings doing that creature’s bidding, so there is an element of not just finding out what is going on, but working backward to a mastermind.

Fireheart touches on the gold standard for mythic creatures, and it’s a great example of how the investigators should really be looking for how to deal with this problem without trying to kill the supernatural threat, because that just may be way out of their ability to handle. This one is also interesting because it interacts with the migration of people to the US, as well as having a scope that feels wider than some other mysteries. If you fail, it’s not a town or village that suffers, but a pretty significant region.

The Devil on the Moor is a great example of highlighting potential modern issues that were in evidence in the past as well, with a local conflating what’s happening with a sinister conspiracy rather than an unresolved tragedy. If you want to engage with the Satanic Panic as a theme, in a different time and place, this will give you some of the tools to do that.

A Winter’s Tale is the classic “we think we’re going to do this adventure, but we get detoured into another adventure” scenario. Given how much I love the general monster hunting/investigation genre, there is a great sort-of cameo in this adventure, and it’s a good example of dealing with multiple supernatural events and unraveling what really needs to be done.

Removing the Curse
Not only is the format easy to follow, but each individual mystery is engaging, and gives you plenty of tools to portray individuals in a distinctive manner.

I really appreciate how clearly each of these mysteries is laid out, and how each mystery has several twists and turns, but it is laid out clearly for the you to follow. Not only is the format easy to follow, but each individual mystery is engaging, and gives you plenty of tools to portray individuals in a distinctive manner.

I wish the content warnings were a little more detailed. These are great, and more than many adventures include, even today, but they work more for a reminder of what to warn the players about at the table, rather than a head’s up for the reader of what they might encounter. I wouldn’t want any of the adventures to change, but I wouldn’t mind a little bit of a coda on how to more specifically tie these mysteries together other than having them occur in the same year.

I really enjoy Vaesen, and all of these adventures work with the assumptions of that game very well, but due to the layout of these adventures, it would be very easy to adapt them to other supernatural investigation games. That gives this anthology an even broader appeal than it would normally have.