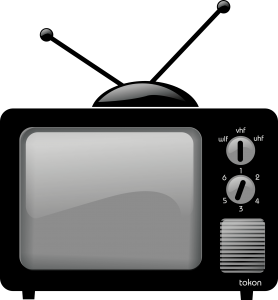 Recently I’ve been reading articles on the differences between television and film writing. It got me wondering what could be applied to gaming as well. Obviously, there is one major difference between scriptwriting and running a game: as a GM, you can’t plan the ending. However, there are definitely some aspects of scriptwriting that apply to gaming. In this article, I will look at some of TV’s traditions.

STATIC CHARACTERS
TV characters don’t change much, if at all, over the course of a series. You’ll never tune in and find Andy Griffith drinking heavily and telling naughty jokes. Ain’t gonna happen. And that’s part of the reason we tune in to our favorite characters sometimes over a lifetime. They’re a consistent force for good. Now, some recent series such as Breaking Bad do allow their characters to change, but those are the exceptions rather than the rule. Most TV characters are static and we like it that way.

This trope seems to be the opposite of rpg traditions. After all, players look forward to levelling up and becoming more powerful. However, in my experience, PC personalities don’t change all that much. It may take a player a few sessions to grow into their character. After that, they tend to portray them fairly consistently. This not only mirrors television characters, but also the real world. Change is hard for all of us. As a GM, you may want to encourage your players to jot down a few personality traits right on their character sheets. This is especially helpful if your group meets only occasionally or if your players play in multiple groups. This is happening more and more with the rise of online tabletop gaming. Then when you get back together again, they can pick up right where they left off.

SCRIPT IMMUNITY
Major TV characters rarely die. While some modern shows are willing to kill off main characters (The Walking Dead, Game of Thrones), this is rare on most shows. Even when faced with deadly danger, we know they’ll be back relatively unscathed next week. Unlike their guest stars, major characters have script immunity.

Script immunity touches on the broader issue of character death. Some groups may enjoy an old school game where death and rolling up new characters is common. I suspect most players grow attached to their characters and want them to stick around for a while. When playtime is limited by adult responsibilities (CURSE YOU REAL WORLD!!!!), many players will not want to spend that limited time constantly rolling up new characters. If you want to provide at least some script immunity in your games, consider alternative setbacks. Instead of saving versus poison and dying immediately, perhaps it causes a long lasting paralysis that sparks a search for the cure. Perhaps instead of zero hit points equalling death, it knocks a player out. Then they must be tended to immediately by the rest of the group. This can be a great chance to let your villain escape.

This approach may not work for all groups or players. I had one player quit because he thought I was going too easy on him, fudging the dice rolls (I really wasn’t). However, give it some thought. Script immunity helps keep your PC’s alive, and keeps the story moving.

EPISODIC STRUCTURE
It’s been said that TV characters are always in the middle. They may have some overall goal, like getting the Jupiter 2 back to Earth, but they can never reach that goal. Otherwise the show would end. They are always in the middle of the quest and it usually doesn’t matter what order you watch the episodes in. More modern shows are incorporating story arcs and season finales to give a greater sense of closure to storylines. See the recent series of Doctor Who for a prime example of how to do this.

If your group meets only occassionally, episodic structure is just what you need. Forget about decades-long, world-spanning campaigns. Give them a “planet of the week” problem that they can solve in one session. And make sure they do solve it in some way. Skip some minor scenes if necessary to ensure a satisfying conclusion. This episodic structure is great for one-shots and con games too. If you really need a larger scope, just be sure each individual session lets players meet some kind of goal.

If you are running a very long-term campaign, the story arc format can help. This provides accomplishments along the way. And if you don’t have the entire story planned, all the better. You can even just start out with a name. Drop some hints along the way that the great villain “Mr. Raeus” is working towards something. Your players will speculate about the overall plan, giving you ideas to steal from. Make them do some of the work for a change.

CONCLUDING THOUGHTS
There are many more aspects of television traditions that you can weave into your campaigns. You may want to consider a familiar homebase, helpful NPC’s, and recurring villains (“You’ll never win, Skeletor!”). While some TV tropes will work for your group and some won’t, there are still many similarities between TV and RPG’s. They both feature familiar characters who grow on us, imaginary people we choose to make a part of our lives. Next time you’re watching, see what you can use. It might be more than you think.

Let us know your thoughts on this article below. After these messages…