Obligatory recap: I’ve read about a system for creating urbancrawls (similar to hexcrawls but set in a city) from The Alexandrian. I had also been enjoying the Sorcery! gamebooks by Steve Jackson and their strange magic setting. Enter this series of articles, where I use The Alexandrian’s urbancrawl system to design my own urbancrawl with a strange magic theme.

This is the last installment where I outline neighborhoods. This time I’m tackling the final districts: the slums. Next time I’ll start working with layers (multiple encounter keys). 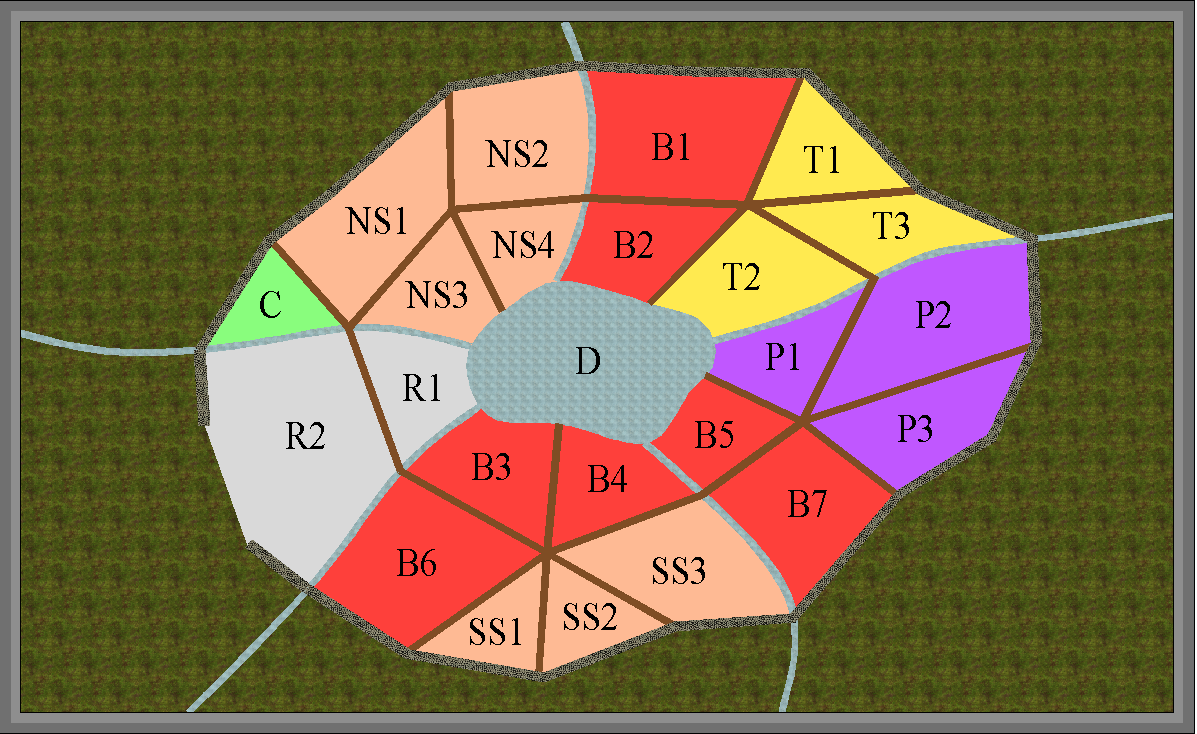 Here’s the (very rough) map. It’s just a set of neighborhoods surrounded by the city walls and bordered by the wall, the five major rivers, the major roadways, and the shores of the central lake. Note that none of those have names at this point. This is just one step up from a sketch, and then only because I figured using software would result in a slightly more readable result than hand drawing it.Â  Districts are color coded, Neighborhoods are labeled with a key. We’re also not going to name them at this point either. That’s something we can handle later and something that takes up an awful lot of brain space and time while being subject to change if the neighborhood map or list changes under it.

That’s all our neighborhoods, a description and a landmark for each. Though these may be fleshed out more or tweaked as I go, for the purposes of this article series, I’m going to move on. Next time we’re going to look at layers of encounters.