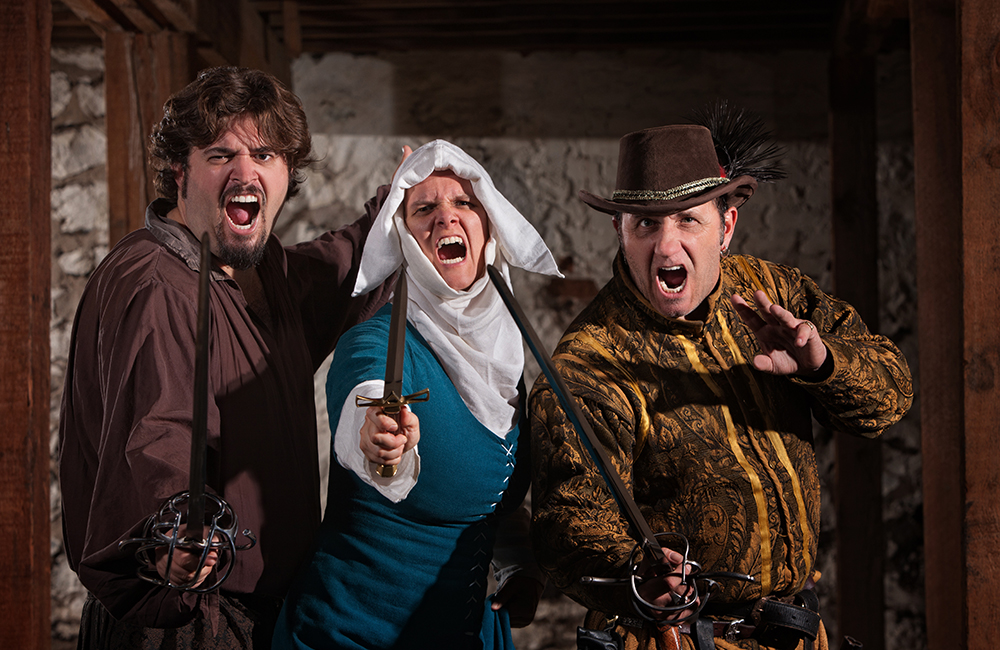 Give them something in common…

A motley group of adventurers meet each other for the first time at a tavern. It’s only natural that adventure finds them before the first round of drinks is consumed, right?

That’s about as likely as a group of strangers quickly agreeing on a pizza order.

As gamemaster, here are simple suggestions to promote group cohesion and provide a more direct path to the adventure you seek. Consider offering some of these as options to your players as they create their characters.

None of these suggestions requires the players to create a monolithic party, i.e., only fighters or only wizards. Diversity in class, racial or geographic origin and background is still a priority (and makes the game more interesting, besides).

It’s just that they all held similar jobs, shared the same employer or mentor, or worked in the same general location.

All the characters were guards or worked in the vicinity of the guardhouse in a support position (such as at the stables, armory or mess). Now, however, instead of standing a post outside a closed door, the assembly is charged with handling “small matters” required of their lord, “Three Musketeers” style. Yes, a blue dragon rampaging across the countryside might be considered a “small matter.”

All the characters took up residence at a monastery for a time, forming a group from that association. Each was there for their own reasons: spiritual enlightenment, recovery from injuries, held by a vow, providing expertise in a vocation, researching archives. It isn’t necessary for them to be adherents to the principal faith of the monastery, but simply respect the devotion of the monks and nuns in residence. Now, the abbot relies upon them – even those who are a little rough around the edges  – to serve the common good.

The study of magic concerns itself with otherworldly mysteries. But supporting that effort requires folks capable of mundane activities: artisans, protectors, archivists, experts in field and forest, and builders of circular towers, just to name a few. The order’s high council would never suggest sending a lone wizard on a quest. A group of adventurers has a much better survival rate.

Statecraft requires a group of specialists that can solve all sorts of problems, from gathering intelligence, quietly resolving disputes and trouble spots, serving as security in foreign places, and even engaging in a bit of sabotage. Every once in a while you might even get to stop an evil mastermind – though your government will certainly disavow your activities.

The supernatural and fantastic have always interested you – so it’s not that strange that you and your fellows came into the employ of a safekeeper of artifacts and relics. Not all the missions are fetch quests. Sometimes it’s about dispatching rivals, fighting planar monsters associated with the relics, or fending off otherworldly powers that have a vested interest in these rare and powerful items. Then again, sometimes it is about the big score.

Romantics at heart. You and your free-spirited friends share a love of a particular genre of poetry, art, song, lore, or dance. Who knew that this expression dovetailed with the esoteric, symbolic, and the occult? There are mysteries and ancient secrets to be unearthed. Who better than those who explore the meanings of words, phrases and images to unlock them? Beware: All secrets have their protectors, too.

Everyone from merchant traders to the queen’s advisors wants to explore and establish contacts on the frontier. Those skilled in woodscraft, not to mention hardy mountaineers and capable cartographers and surveyors are needed on such quests. Sometimes a religious order sends missionaries on these endeavors. The natural world has its own form of folk magic and natural powers that needs to be studied and understood.

Not satisfied with exploring the backyard? Some have tapped the magical gateways that will transport them to the farthest reaches of their world. What lies at the end of each gateway? Your patron wants to know. Other gateways are even more far-reaching, either taking travelers to other moments in time or to other worlds, planes and dimensions. It takes quick-witted voyagers to embark on such quests – adventurers who can cope with the unexpected, strange and the wonderfully dangerous.