Last year I discussed the merits of a steampunk-styled rpg for the gaming group’s next campaign. At that stage, it was just an idea, and really, required educating some of my gaming compatriots on the tropes of genre. 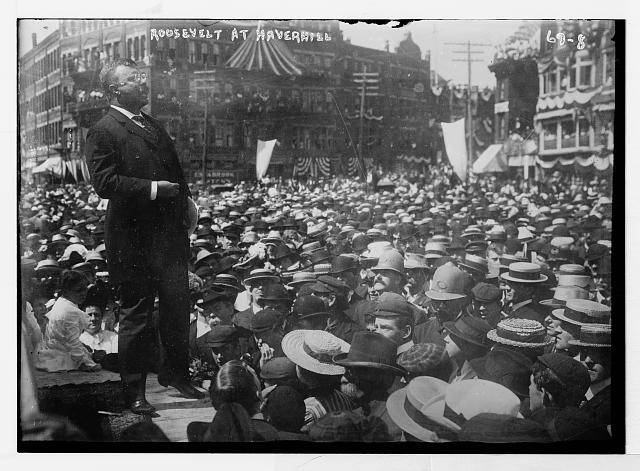 Also, I was torn between advancing the timeline of my current homebrew city of Steffenhold or applying the convention of brass goggles and steam power to the two-fisted pulpy foundation of Eberron. There were strengths to both approaches.

Well, after a year of spitballing ideas, heavy reading* and gauging the interests of the other players, I’ve come to the conclusion that, with a little work, Eberron has the framework that will serve best.

The main reason: By the time this gets under way, Steffenhold will well be into its third year. I have to commend my fellow gamers for enjoying a campaign for that length of time. But I think we will all be ready to try something different. (But something I don’t have to make from whole cloth).

In the strictest sense, Eberron isn’t steampunk. It has much of the furniture and dressing that a steampunk game might offer, such as the lightning rail, airships and warforged, and it’s a reason why the setting is appealing for adaption. But there’s no “punk.” The distopian lens through which we view the world in steampunk is largely missing. In fact, because Eberron uses magic to create these Nineteenth century wonders, there’s a very bright, shiny and optimistic outlook to the field of play.

That’s understandable. Eberron is an analog to the historical period after World War I, ie the Last War, in which the Five Nations are the Great Powers, the Jazz Age is flourishing and every adventurer is Indiana Jones, albeit with better saving throws, who is departing Morgrave University in New York City, I mean Sharn, for adventures in the Dark Continent, er, Xendrik. It is, in fact, the quintessential pulp game about the pulp era, a roleplaying game that comes full circle in embracing the very time period that spawned the adventures that inspired D&D’s creators in the first place.

And that’s OK. All that is very cool. But a steampunk game needs, frankly, more grit in the gears. And it also needs Victorian-era sensibilities, or at least some remnant of them. And it needs the horror and tragedy of World War I (or its analog) dangled in its future (not its past), and the last “good war,” the U.S. Civil War (or the European Napoleonic wars) must be a distant memory. That’s the main source of the distopiaÂ  – though the plight of labor and the disenfranchisement of anyone not a white male are others. We play with the full knowledge that the machines of war will be our undoing, even though our historical contemporaries (with perhaps Jules Verne being the exception) largely did not. 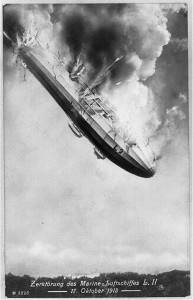 The risks of flying by airship

OK, that’s a lot of armchair / coffee-house literary guff, worthy of an older William F. Buckley droning on in a TV appearance. What about the game? Frankly, a good, fun steampunk game is about the gadgets, about chugging along with the wind in your hair, and if you’re lucky, your feet will only rarely touch the ground. So, how do we marry the concepts?

By this I mean to really draw inspiration from, and capture the flavor of, the period from 1890 to the eve of World War I. This was Ragtime. The culture of Europe still reigned among the rich, but American ideals and aspirations were being expressed by a generation largely free of the memory of the Civil War.

In practical terms, I will be advancing the Eberron timeline a generation, so that the Last War occupies in the minds of the player characters the same place as the Civil War did for those of the Ragtime era. The player characters will no longer be directly affected by the Last War. That was their parents’ and grandparents’ conflict. In the absence of war, there will be a yearning to prove themselves, to charge up Eberron’s version of San Juan Hill, explore the great jungles of Xendrik or claim the last frontier, the Frostfell.

And just as in real life, steam-powered machines and airships will be part of the journey (though, hopefully, they will perform better in the field than they actually did).

2. Iron is the true elemental

Everything that whirls and clanks in Eberron is powered by an elemental. Nifty concept. Completely out-of-step with a steampunk game.

I think, however, anarchists and free thinkers of the period would fight to end the practice of enslaving elementals. Perhaps, thinking themselves enlightened, they have largely ended the practice. Ironworks, coal and steamworks would prove profitable for a new breed of industrialist, upsetting the applecart of the old money, the Dragonmarked Houses.

Of course, these industrialists create a new breed of enslavement, this time of the working class. Or perhaps things are in flux, with elemental powered vehicles existing alongside steam-driven ones. But whose vision of the future will prevail? Each side needs foot soldiers, er, player characters.

Or has the use of elementals been criminalized, given the PCs another avenue of adventure, a need to stop those who continue the practice in secret or in defiance of the law?

The core villainy of Eberron is centered upon the whole Blood of Vol/Khyber/Dragonshard/Rakshasas conspiracy/powerplay. While elements of that can be incorporated a steampunk game, it’s really too magical. (Or as they say on Pulp Gamer, too “fantisiful.”Â  The intrigues of great powers seems a more natural way to go.

In this, it’s very much a cold war scenario, a spy game as fleets of subs, airships, and battleships come to the brink of war time and time again. Only the players can prevent all-out war (because only they realize the true danger of such conflicts).

In this there’s a lot of room for the players to maneuver. And like a good spy thriller, it’s an opportunity to have great masterminds without allegiances (or those pretending to have them), who move the great powers like chess pieces to advance their own aims. Frankly, if I don’t find room for the mustache-twirling Supreme Overlord Mercury Neptune (“Masks,” page 139) in a game of this nature, then I’m missing the beat entirely.

Who benefits from war? Answer that and you will have all the adversaries of a steampunk game. And their plots and machinations – not to mention their wicked machines – must be stopped.

* When it comes to getting the feel of the Turn of the Century era, I’ve been quite taken with “They Were Ragtime” by Warren Forma, which shows the intersecting and conflicting lives of Teddy Roosevelt, anarchist Emma Goldman, architect Stanford White, automaker Henry Ford and rival newspaper owners William Randolph Hearst and Joseph Pulitzer. For the factual accounts of the period’s great explorers, from David Livingstone, Henry Stanley, Robert Peary, aeronaut Umberto Nobile and Ernest Shackleton, I’ve been pouring over the maps and exploits detailed in the “Oxford Atlas of Exploration” that draws heavily from the resources of the Royal Geographical Society. And I would be remiss if I didn’t recommend Edmund Morris’ “Theodore Rex.”
This post is brought to you by our wonderful patron Bruce R. Cordell, supporting us since July 2016! Thanks for helping us keep the stew fires going!