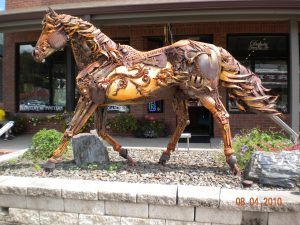 Is it just a summer thing? Or does the fact I have two boys who run around with their holsters, cap guns, bandanas, stick horses and range hats have something to do with it?

Or how about the fact that there is nothing like plopping down on the couch late at night and watching “Duel at Diablo,” “The Man Who Shot Liberty Valance,” a train-lovers’ guilty-pleasure in “Breakheart Pass,” or just about anything else with chaps, six-guns and a lot of cowboys.

Summer is when I get my cowboy on.

Knowing when to switch up 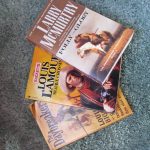 A good GM knows when his players’ interests shift and then finds the right game or setting to meet that demand. While the players in the gaming group I belong to seem satisfied with the medieval adventures of Steffenhold, they aren’t my only audience.

For me, that means catering to my sons’ interests as well. But they’re not in a roleplaying frame of mind yet. Hopefully, that’ll be somewhere on the horizon. But a board game will hold the attention of my 7-year-old and 5-year-old. Sadly, the pickin’s are slim for cowboy-themed board games in their age group. (Oh, to have grown up in the 1950s. I bet there was no shortage of cowboy games then).

The answer, of course was to make a game – from scratch.

Every GM’s a designer, right?

That brings up another summertime activity GM’s should embrace: game design. Whether its trying one’s hand at spinning out some homebrew rules for their favorite rpg or adapting a board game, there’s nothing quite like tinkering with rules. And it’s an exercise that has its roots in the formative days of rpgs.

In a recent podcast provided by the folks at Roll for Initiative, former TSR designer Frank Mentzer (Dungeons and Dragons rules set, 1984) talked about a favorite pastime of the wargamers of the 1960s and 1970s, especially those in the Evansville, Lake Geneva and Minnesota groups that would later create the scenarios and rules sets that would be the forerunners of D&D. Basically, in the downtime after running their weekend wargaming battles, they would deconstruct games from Avalon Hill and other publishers, adapting them and changing them to suit their needs. 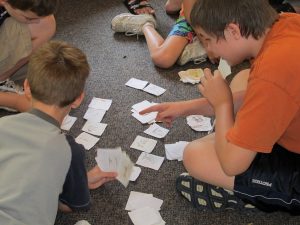 And this tinkering bug strikes people of all ages. It took me by surprise to see this scene when I took my daughter to summer camp. In the registration area, where the lines to wait are interminably long, these young folks were playing a homemade collectible card game. Eric, the young man in the rust-colored shirt, made the game from index cards, illustrating them in stick-figure fashion, noting powers and spells and whatnot on the fronts. (The fact he mentioned that his school library has a copy of “Eureka: 501 Adventure Plots To Inspire Game Masters” in its gaming section was super cool, too.)

The goal of the exercise is learn how game mechanics work. Maybe it’s because GMs like broad vistas, over-arcing story lines and big-picture scenarios, but as a breed, I think we’re less into the mechanics than many players, especially the optimizers. Still, books such as Unearthed Arcana (AD&D, Third Edition) exist because GMs love new ways of doing things. 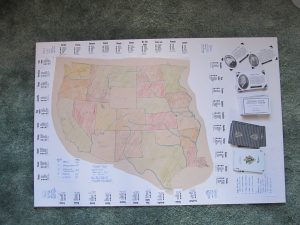 Legends of the Old West board game

I modestly cobbled together “Legends of the Old West,” a board game I made with two goals in mind: teach the boys about the historical people of the west, the hardships of living in pioneer days, and maybe a smattering of western U.S. geography. (Well, that’s really three things. I hope the geography comes in handy when they’re ready to play Empire Builder.)

Basically, drawing from the deck of cards tells you how many moves to make on the outer track, and, by suit, what effect the current conditions are in the west. (The outer track is full of conditions, such as flooding, bandits, T-storms and drought).

The players then draw a Legend card, on each there is a paragraph biography and photo of western legend, such as 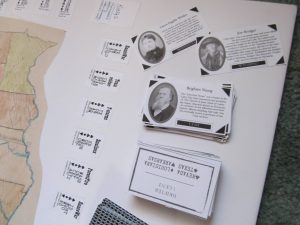 A few legend cards and the condition track

the players earn travel chits, which enables them to visit the state corresponding to their legend card, whether that be by wagon, horseback, stage, steamer or railroad. Beware the Jokers. Draw those and someone has challenged you to a shootout (and the loser packs up to start the game again in Independence, Missouri). The winner is the one who collects the most legends cards after a number of predetermined rounds.

What’s in your chuck wagon?

If you’ve ever tinkered with the rules of your game, invented one out of whole cloth, or even shares my summer hankering for cowboy and western fun, I’d love to hear about it. Share your experiences here.