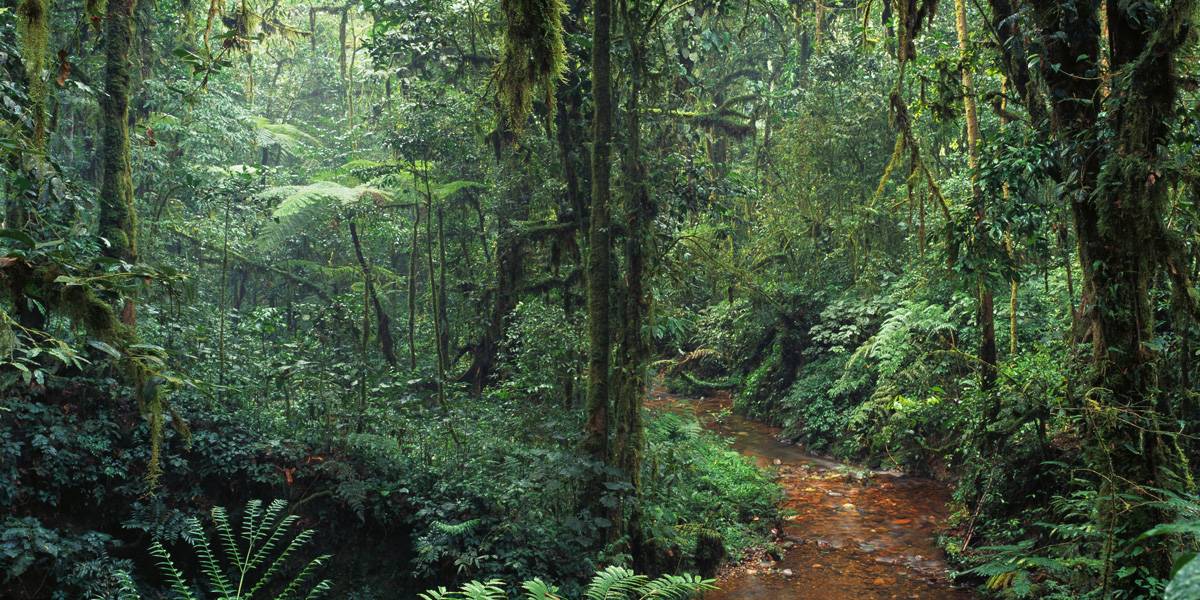 Grab a vine and give a mighty Tarzan yell. Dungeons and Dragons is going to the jungle.

Tomb of Annihilation, the brand’s next adventure storyline, is slated to be released Sept. 19. After the announcement in May, I’ve been stoked about this development. Roleplaying in the jungle hits one of my sweet spots.

Since then, I’ve been indulging in jungle-themed media, hoping to heighten the vibe.

Here are some recommendations if you want to mimic the experience:

Edgar Rice Burroughs may have written “Tarzan of the Apes” as a lark, but it still holds for me a special place in my heart. It’s one of those formative adventure stories young boys and girls read that enraptures and captivates, despite its shortcomings in tone and stereotypes. Make time to read the original, if you can. Burroughs writes action like few others. It’s a treat.

Then spent at least a couple hours with an interpretation in film. The first adaption came out only six years after Burroughs first published Tarzan’s exploits, and Hollywood has never stopped churning them out. I’d recommend Christopher Lambert’s turn in Greystoke: The Legend of Tarzan, Lord of the ApesÂ from 1984. But not to be overlooked was 2016’s Legend of Tarzan starring Alexander Skarsgard, which re-imagines Tarzan as from the mid-19th century and set against the backdrop of Belgium’s notorious rule of the Congo. (But hey, if 1981’s Tarzan, the Ape Man starring Bo Derek, Miles O’Keeffe and Richard Harris is more your speed, then by all means, indulge yourself.)

Do yourself a favor and read a few issues of DC Comics’ Tarzan during its run at DC Comics from 1972 to 1975. Another visual treat: The covers Neal Adams and Boris Vallejo did for Ballentine Books’ reprinting of the Tarzan series.

The novel, written in 1979, succeeds as a pulpy mashup of the Search for King Solomon’s Mines, the legends of the Great White Ape and his usual brand of scientific techno-suspense. Â Once you’re on board with Amy, the “talking” gorilla, the story takes off. I think it’s superior to “Jurassic Park,” but you can read them both and decide for yourself. (You can skip the movie adaption of Congo, though, it’s still a guilty pleasure for me, since it includes a bit with Bruce Campbell and a great characterization by Ernie Hudson speaking with a posh accent as a “great white hunter, who just happens to be black.”) Â

As we are mining material for roleplaying adventures, I have three recommendations. Southlands campaign setting by Wolfgang Baur, Ben McFarland and Brian Suskind is a must stop. Secrets of Xen’drik by Keith Baker, Jason Bulmahn and Amber Scott is worth mining, as is the companion Eberron supplement City of Stormreach, which details a coastal jumping off point not unlike Chult’s Port Nyanzaru. Want to learn the secrets of the tropical forest? See if you can score a copy of Into the Green by Thomas Knauss. Â

I guess it goes without saying that the classic D&D Expert module Â X1 Isle of Dread is a must read, too. Â In fact, the blank hex player’s map of the island is being adapted for Tomb of Annihilation.

How many game products was that supposed to be? Three? Oh well.

No one brings stories of real exploits and current conditions from the tropical rainforests to today’s readers like the National Geographic Society’s magazine. The current issue, in fact, has a piece on Dian Fossey and her research and conservation of the Virunga mountain gorillas. But, of course, over recent years there have been other compelling pieces, including an investigation into the ivory trade and how it is decimating and endangering elephant and rhino species. Plus, the photography is first rate.

Simple as that. Visit a zoo or preserve. Get a sense of the immensity / exotic nature of the creatures on exhibit. For example, seeing a lion, giraffe or white rhino – the African creatures on exhibit at our local zoo – can do a lot to help GM’s when describing how these animals move and act.

OK, so you could watch jungle-themed movies and never hit bottom. Add war films set in the jungle to your search and you’ll never leave the video library. As I mentioned before, Hollywood loves jungle movies. In addition, many have outstanding soundtracks, which you can adapt as background sound cues for your playing sessions, especially if you make use of a service such as Spotify.

Chult, where Tomb of Annihilation is set, features dinosaurs prominently. So, go ahead, take in Jurassic Park and the Lost World and revel in the horror. Everything is bigger in the jungle, so find a King Kong movie to your liking. “Skull Island” is out now; it’s good if you like seeing things blow up, but of course, there’s almost as many Kong movies as there are Tarzan films.

Want something with a little more realism, or is at least grounded in the real world? Give Medicine Man,Â Lost City of Z or Gorillas in the Mist a chance. Also, the roundup scene from Hatari! is what inspired the dino roundup from Lost World, and since Hatari! has John Wayne, it’s instantly better. *wink*

But if you only watch one jungle-themed movie, then I will insist it be African Queen starring Katharine Hepburn and Humphrey Bogart. Everything you’ll need to know about adventure story-telling in that environment is evident in the film – even if there aren’t any dinosaurs or ape-men swinging from trees.

Of course, one not need wait for the hardback book to enjoy adventuring in the jungles – those of our real world and those in imaginary places. Moving your game into a tropical forest requires only the willingness to imagine a sweeping canopy of trees and a desire to keep reminding your players they are soaked through to their shoes by the moisture and rain.

There are lost cities, territorial tribal peoples and dangerous forest creatures in the jungle. They are just waiting for you to find them.

1 Response to Troy’s Crock Pot: Immersed in the Jungle