Transportation – Giving The Group A Ride 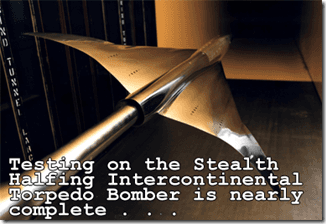 Thank you for flying Gnome Airlines today.Â  Your pilot for today is Gnome Arcadian, and while he has not yet officially received his pilot’s license, he has logged many hours in flight simulation video-games. While most of these have been space fighters, he assures us that the actual presence of gravity should not be a problem. If you would please buckle your seatbelts, the stewardesses will come around with complimentary drinks and give you a short pamphlet about the flight.

How did your group get around in the last game you played? Did they walk everywhere? Did horses or some other beast ferry them about? Did everyone own a car? Was a spaceship the means of transportation between planets? Were flying monkeys and tiny chariots involved?

Transportation is always an interesting question in role-playing games. In some it is merely hand waved away and the focus of the adventure is placed on what happens once the group is wherever the adventure takes place. In others, the epic events wouldn’t be so epic if the journey to get there wasn’t epic. One does not simply walk intoÂ  Mordor, one quests long and hard to get there! There are many factors which affect transportation in a game.

So what should your group be doing about transportation? Whatever you want to of course, but there are a lot of pros and cons to giving your group an assured and appropriate means of transportation in a game.

There are a lot of different factors, pros, and cons to transportation in a roleplaying game of any Genre. Personally, I’m all behind the idea of working dedicated transportation into my games, but that fits my group’s play style and the types of games we play. What do you do in your group? Are most transportation concerns hand waved or do you as the Game Master provide some in-game means of movement? If you don’t,Â  do you find the group usually seeks it out?

12 Responses to Transportation – Giving The Group A Ride